To those just arriving, the ‘Love Art’ pop up gallery titled Revolution – Art for Positive Social Change” and reception inside the Chappaqua Performing Arts Center offered visual relief for troubled times. Leave it to accomplished and awake artists to capture many of the prominent issues of our day through striking and heartfelt paintings and collages. Visit loveartgalleryandstudio.com to view these impressive collections and theinsidepress.com which will feature additional works that day. Plus: While I had a conflict and couldn’t stay for Cyrille Aimée’s performance, for a glorious few minutes, I heard the incredible celebrity jazz songstress and her fellow musicians rehearsing during a sound check before the show; it took nanoseconds to feel the passion and power of Aimée’s voice, and knew everyone was in for a treat.

A town release later described the official ribbon cutting and “a magnificent evening and an auspicious way to mark a new milestone in Westchester County’s continuing cultural evolution.” Aimée, winner of the 2012 Sarah Vaughn International Jazz Competition, later treated the audience to a number of well-known standards, dazzling originals and a selection of songs that crossed a wide array of genres including a jazz arrangement of Lerner and Loewe’s “I Could Have Danced All Night,” a touching take on the Beatles’ “Blackbird” and a special rendition of Tito Puente’s “Oye Como Va” had the crowd enthralled and chanting for more.

“We couldn’t be more delighted with this new beginning,” John Fanelli, ChappPac’s theater manager commented. “In the years to come, this arts center will bring this community exceptionally diverse and distinctive programming, one that’s rich in music, theater, comedy, film and family attractions. This was a grand beginning, but indeed, it is, after all, only the beginning.”

The remainder of the 2017 Inaugural Fall Season in October had also featured: TIM KUBART & THE SPACE CADETS and Sō PERCUSSION; a Lobby Art Exhibit METHOD & MELODY sponsored by Northern Westchester Artists Guild and SOULSHINE: AN ALLMAN BROTHERS EXPERIENCE, a rock tribute performing ABBA favorites; and still coming at press time: the ROCKY HORROR PICTURE SHOW, a film cult classic on October 27 (showtime 8 p.m.; tickets are $20) Film: A Cult Classic; and on October 28, ECHOS OF SINATRA, a musical celebration on the life of Frank Sinatra. 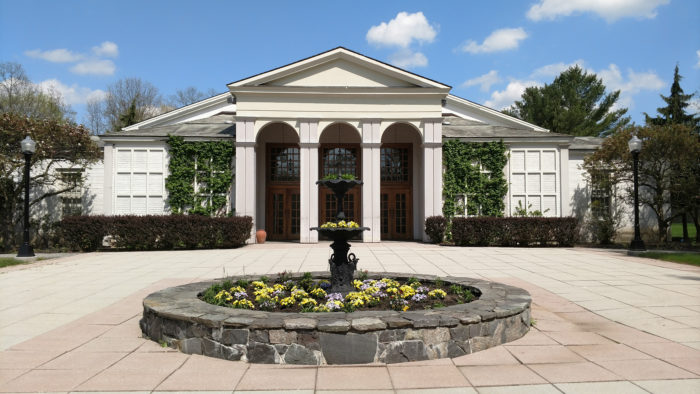