A Welcoming Gathering, a Peace March of Hundreds, Bronx Bethany’s Chosen Choir and an Animated Panel of Esteemed Speakers Signify the Beginning of a Meaningful Conversation in New Castle and Beyond

On Sunday January 29th, residents of New Castle and neighboring communities joined for “I Have a Dream”: A Celebration of Dr. Martin Luther King Jr. and Black History Month, a peace march and program at the Chappaqua Library organized by the Town of New Castle Committee on Race, Equity, and Inclusion (CREI) in partnership with the Chappaqua PTA, the PTA Diversity, Race, and Belonging committee, the Chappaqua Library, the Horace Greeley High School BIPOC Student Union (BSU), and New Castle United for Youth.

The peace march and gathering beforehand allowed participants an opportunity to demonstrate community solidarity and connect with neighbors. Chappaqua PTA President Tara Ramirez kicked off the event with her remarks in front of Scattered Books bookstore, by the peace pole which bears the message ‘May Peace Prevail on Earth’ in several languages. Attendees of all ages also had the opportunity to share their messages of peace and hope on a peace board. High school students Mariam Cisse and Emma Ramirez joined to perform the Black National Anthem, “Lift Every Voice and Sing,” before more than a hundred participants walked together, some linked arm-in-arm, to the town library.

The program at the library featured a panel discussion based on excerpts of Dr. King’s ‘I Have a Dream’ speech, reckoning with our nation and community’s progress toward social justice in the intervening years since that speech was delivered. Panelists included local residents, students, and leaders. The discussion spanned the experience of discrimination by students of color at the high school, commentary on national and local political discourse around diversity and equity, and the importance of continuing to educate others on the realities and harm caused by racism in our own town.

The purpose was to bring a discussion that often exists on the sidelines, sometimes steeped in presumptive assumptions from all sides, into the open, for residents to hear firsthand about the experience of Black residents and leaders and their insights on how to move forward and make progress toward greater equity and inclusion as a community. The program also included joyful performances from the Bronx Bethany’s Chosen choir, led by New Castle resident and former Council on Race and Equity co-chair Nichelle Maynard-Elliott, and speeches from CREI committee members and town board liaison Victoria Bayard-Tipp. The CREI will organize this event annually in partnership with other community groups to keep this conversation going and to grow and maintain strong and meaningful connections across the entire New Castle community.

Appearing on the panel were commentators including: Mondaire Jones, CNN political commentator and former Congressman who served as our Representative from 2021 to 2023, and who was recently appointed a Commissioner on the U.S. Commission on Civil Rights; Tonya Wilson, principal of Roaring Brook Elementary school since 2020, who has been an educator and administrator for 27 years; Ralph Carter, a New Castle resident, who is the parent of a multi-racial child in the Chappaqua Central School District. Ralph works as a lawyer, and advocates for greater diversity, equity and inclusion in the legal profession as an active member of several bar organizations, including the National Bar Association and the New York State Bar Association.; Gavrie Elliott, a Horace Greeley graduate who will complete his degree from the NYU Tisch School of the Arts in 2024. BSU was founded in 2018 by Elliott as the Black Student Union. Around a year and a half ago, it was renamed as the BIPOC Student Union by then co-presidents Nailah Elliott and Kyra Chung-Olagbaiye to reflect club membership.; and Horace Greeley seniors Joyce Chen and Mariam Cisse, who together lead the Horace Greeley BIPOC Student Union as co-chairs.

Inside Press Photos   News/Caption Info Courtesy of the New Castle Council for Race, Equity and Inclusion

To highlight the importance of a healthy heart for February’s American Heart Month and Valentine’s Day, dietitian Amy Rosenfeld, MS, RD, CDN, Community Outreach Program Manager at Northern Westchester Hospital, has some simple eating suggestions to get the whole family on a heart healthy track.

“Getting healthy can be a family affair.” Ms. Rosenfeld said. “And by getting your entire family involved and making small, manageable changes, everyone in the family can enjoy better health.”

Here are 10 small changes that can make a big difference:

To learn more about being heart healthy, join us for our upcoming community education programs:

Reducing your risk for chronic disease starts in the kitchen. The foods we eat and prepare for our families can be nourishing, satisfying AND healthy. Join registered dietitian Amy Rosenfeld for an informative and demonstrative class all about cooking to reduce your risk for high blood pressure (hypertension). Amy will explain the DASH diet and realistic cooking methods to follow it (as recommended by the American Heart Association for high blood pressure). Amy will be joined by special guest, Dr. Alan Coffino, to explain the connection between blood pressure and kidney health.

The Relationship between Heart Disease and Stroke: Recognize to Help Prevent

Join the Katz Institute for Women’s Health’s Go Red Campaign and learn about the relationship between heart disease and stroke. FACT:  80% of strokes are preventable. Dr. Ramandeep Sahni, Stroke Director at Phelps Hospital, will discuss the silent symptoms of stroke and tips to lower one’s risk. She will be joined by registered dietitian, Amy Rosenfeld, who will present a live cooking demonstration and provide education on the foods that lower blood pressure, cholesterol, and reduce inflammation (all risk factors for stroke).

Looking to eat healthier as a family? Do you have a child who loves to cook and bake? Join Amy Rosenfeld, registered dietitian, for a family cooking program during February school break, in honor of American Heart Month. Participants will learn about nutrition through an interactive trivia game while practicing healthy cooking techniques and fundamentals. Recipes will be provided ahead of time so you can cook along together. This program is appropriate for children of all ages. Younger children will need parental supervision and assistance. 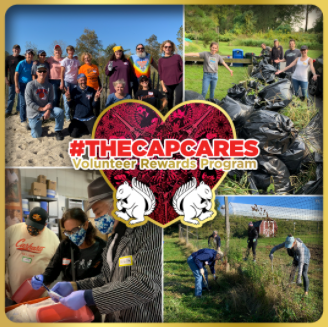 Editor’s Note: Behind the scenes of the iconic Capitol Theatre in Port Chester, NY, impressive efforts to help the community in multiple arenas, are an ongoing pursuit, thanks to the efforts of Marketing Director Stefanie May and her small army of volunteers.  Here’s but a snapshot of #TheCapCares programming, and how you can make a difference too simply by supporting the amazing shows and artists performing throughout the year. Visit www.thecapitoltheatre.com

When Stefanie May took on the role of Marketing Director at the legendary Capitol Theatre in Port Chester, NY, she knew she wanted to make a difference. Beyond selling out shows with successful marketing campaigns from Tame Impala & Kacey Musgraves to Elvis Costello & Cheap Trick, Stef created “The Cap Cares” volunteer rewards program that has made a tremendous impact on the local community. 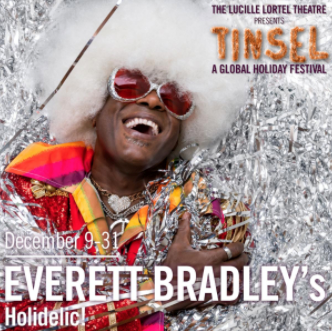 The Holocaust & Human Rights Education Center  (HHREC) of White Plains, has announced a guided tour of Holocaust Museums in Germany and Poland from June  18-29, 2022. The HHREC Community Guided Tour and Trip is being offered to those interested in visiting these museums and to hear from experts in the field. 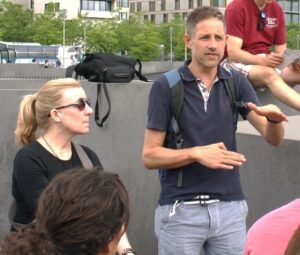 “This trip was created to expand the comprehension of this monumental event in human history.” said Steven Goldberg, Co-Director of Education at HHREC in White Plains, New York. “We are very excited to offer this guided tour, to help participants gain first-hand knowledge to help understand the meaning of the Holocaust and pass on lessons learned for the future.”

The Summer 2022 guided tour of Holocaust Museums in Germany and Poland is now open for applications, and trip highlights for 2022 HHREC Community Tour include:

Services provided as part of this trip and tour include Intercontinental roundtrip  flights from New York (Newark) to Berlin, Germany and  National and Intra-European transportation by public transportation, local, coach, taxi, local and long-distance trains. Accommodations include breakfasts in 4-star hotels (10 nights) in Berlin, Warsaw, and Krakow, along with group lunches and dinners, and tickets for the Chamäleon Theater in Berlin, and lectures,  discussions,  and  local guided  tours  in  English  or with  English  translation.

To register or for more information, visit hhrecny.org/educators-study-tours/summer-community-tour/  or contact Stephen Goldberg sgoldberg@hhrecny.org  or call 914.696.0738.

The Holocaust & Human Rights Education Center is a not-for-profit organization based in White Plains New York that serves Westchester, Fairfield and neighboring counties. Their Mission is to enhance the teaching and learning of the lessons of the Holocaust and the right of all people to be treated with dignity and respect. We encourage students to speak up and act against all forms of bigotry and prejudice. Their work with students and teachers helps schools fulfill the New York State mandate that the Holocaust and other human rights abuses be included in their curriculum. Since 1994, they have brought the lessons of the Holocaust, genocide and human rights crimes to more than 1,500 teachers, and through them to thousands of middle and high school students. Through their volunteer Educators Program Committee, the Holocaust & Human Rights Education Center gives teachers the unique opportunity to develop programs for themselves and others. These programs not only enrich teachers’ knowledge about the Holocaust and related issues, but they   also provide the lens through which to view all other human rights violations. For more information call 914.696.0738 email info@hhrecny.org