Families gathered at the Chappaqua Performing Arts Center to enjoy a musical performance of The Pout Pout Fish, a popular children’s book brought to life.

Article and Photos By Leslie Regan

The lively musical Pout Pout spreads the important message that everyone should be valued for who they are on the inside, and not judged based on appearance.

The Pout Pout Fish was brought to the Chappaqua Performing Arts Center on May 25 by Friends of ChappPAC, a local non profit organization. This newly formed nonprofit was created in order to provide Chappaqua with cultural and live arts and bring families together. Friends of ChappPAC teamed up with another non profit organization–TheaterWorks USA–to put on Saturday’s performances.

Tracy Stein, Vice Chair of the ChappPac Board of Directors, said TheaterWorks brings to life children’s books; their mission is to bring theater to all areas of the country-including underserved areas and schools. “They promote literacy and provide theater to places that might not get it otherwise,” she said.

As part of Friends of ChappPAC’s mission to provide programming also to local underserved communities, it provided tickets to local organizations such as Neighbors Link and The Boys and Girls Club of Northern Westchester, which allowed many children and families to enjoy The Pout Pout fish and the ChappPAC.

Friends of ChappPAC is also working to raise money to kick off its inaugural 2019 Fall Season. “Models like the Jacob Burns Film Center and the Emelin Center for Performing Arts show that community investment is critical to programming,” said Stein.

Leslie Regan is a Lehigh University student with a passion for photography. She studies Psychology and Journalism and enjoys combining her interests by getting to know people and telling their unique stories through photography. She has covered several events for Inside Chappaqua Magazine and has been photographing parties, and families, and special events on her own for the past few years.

“We were so lucky to be able to save this theater,” Town Councilwoman Lisa Katz said, at the start of an animated conversation about the current uses and all the grand possibilities for the Town of New Castle’s Chappaqua Performing Arts Center (ChappPac), the stately white building previously known as the Wallace Auditorium on the old Readers Digest campus.

With its airy interior and 300-plus, plush red velvet seats, and ample outdoor parking, the ChappPac already serves as ‘home’ to the town’s beloved Chappaqua Orchestra, whose productions there have been ongoing. Most recently, the Chappaqua Orchestra performed a second Storybook Concert and a Concerto Winner’s Concert inside its doors. Early on, a simulcast from Hamilton drew 125 attendees.

ChappPac is also now officially an exciting new venue for upcoming theater productions led by John Fanelli, executive director of the Lighthouse Youth Theater that’s based in Armonk. Fanelli was brought in to begin bringing in compelling theater to inside the ChappPac. “He is highly energetic and has a lot of contacts,” said Katz. “We are allowing his organization to use the space for eight weeks.” Fanelli stated at a recent performance that he is open to feedback on the kinds of productions area residents would be most interested in.

The pursuit of a full range of performing arts offerings is just beginning, and support from the community has already proved robust. The excitement was palpable among audience members who packed the house to enjoy Chappaqua’s blues and soul singer Frank Shiner. It was a first ‘charity concert,’ with Shiner donating 100 percent of the revenue from the evening toward a variety of purchases and improvements to the Center. (See a ‘Gotta Have Arts’ profile about Shiner at theinsidepress.com). A Friends of the Chappaqua Performing Arts Center, headed by Michele Gregson and Tracy Stein, aims to raise $50,000 this summer toward programming efforts. 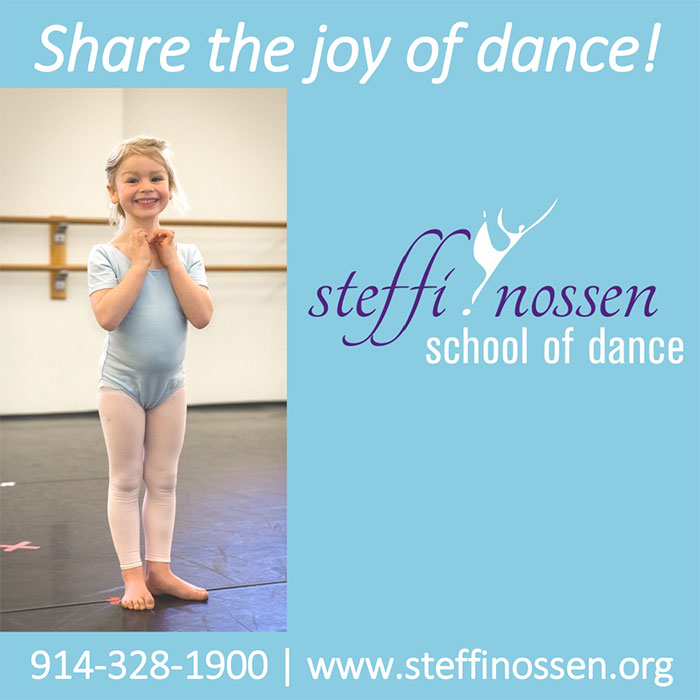 “The building could well have been demolished,” Katz points out, “to make room for town homes at the upcoming Chappaqua Crossing on the old RD campus. Town officials ‘jumped,’ to save it, she explained, and for a pittance, the Town of New Castle became the Center’s official owner. A theater camp for kids with one-week sessions is planned on site for the summer too.

The possibilities are endless, Katz says. She listed possibilities ranging from major art exhibits and comedy nights to an A-List lecture series (such as at the 92nd Street Y) or, “who knows, maybe an a capella concert featuring high schools from around the county. My goal is to transform the Center into a pre-eminent destination for visual performing arts and music and art.”

The success of the Jacob Burns Film Center in Pleasantville inspired the members of a Town Arts and Culture committee, formed two years ago, Katz added. “We want to create here for performing arts what the Burns Center is for film in Pleasantville.”

At press time, a programming schedule was in the works, and a website for the Chappaqua Performing Arts Center is still in development.

Grace Bennett, Publisher and Editor of The Inside Press, looks forward to watching ChappPac evolve.

Frank Shiner tells his audiences that “Love,” in all its permutations (the agony and the ecstasy), serves as the theme for his musical selections. By every indication last night: love and a palpable excitement permeated the air as the audience rose for a standing ovation for Shiner–cheering for the exuberant and talented singer but also for the future of the all new Chappaqua Performing Arts Center.

It was just emotion taking him over at first when Shiner took the stage, looking out into the packed room, and a little choked up, he said, “Thank you, Chappaqua.”

And then he proceeded to engage a hometown audience with a thoughtful selection of blues/soul songs including stirring titles from Amy Winehouse (“Love is a Losing Game”): and The Young Rascals (“How Can I be Sure?”), backed up by a group of mega talented musicians who have worked with celebrity performers. They were:

Chris Anderson Bass, toured with A Great Big Wold and Rachel Platten and has a band with his wife.

Frank also announced the debut of his daughter Lindsay Shiner, a Greeley senior who was just accepted to the BFA Program at Baldwin Wallace University, singing as backup and in a duet with her father (“When Something is Wrong with my Baby” with the lyrics changed slightly to reflect a father/daughter relationship!).  Toward the end of the show,  members of Greeley’s cast of Grease, the senior musical, joined Frank on stage as well to perform “We Go Together.”

David Restivo, executive director of the Chappaqua Orchestra and on the Town’s Arts and Culture committee, volunteered with sound, together with John Flanagan, who ran the lights too. Area restaurants including Le Jardin du roi and Quaker Hill Tavern in Chappaqua offered donations before and after the show with tie ins on their menus. Shiner himself donated $5K in proceeds from the show to the newly formed Friends of the Chappaqua Performing Arts Center. Shiner’s upcoming album, Lonely Town, Lonely Street will be available May 19th on RED/SONY with his single On a Rainy Night in Georgia.

Most of all, it was a warm and enthusiastic community gathering signifying the continuing aspirations for the evolving venue. Prior to Frank taking the stage, the audience heard Town Councilwoman Lisa Katz, who conceived the Center working with the town’s Arts and Culture committee, describe an array of plans by the Town of New Castle–including a town theater camp for kids this summer and a special art show in September–to ultimately position the site of the old Readers Digest Wallace Auditorium as a key cultural destination in Northern Westchester, and for the county, as well.

John Fanelli, director of the Lighthouse Youth Theater in Armonk, with a years-long track record of directing shows in the county, has been brought in as theater manager to help produce an array of musicals and shows to the venue.  He expressed his enthusiasm about the venue and told the audience that he is open to receiving ideas for productions from the community, too.

Chappaqua’s Michele Gregson and Tracy Stein are heading the new Friends of the Chappaqua Performing Arts Center and have plans to raise an initial $50,000 for program development at the Center.

A website is under construction and a calendar of events is being created soon too.

Next up: an all new Storybook Family Concert by the Chappaqua Orchestra on April 29th directed by Maestro Michael Shapiro. Shiner graciously encouraged everyone attending to purchase tickets for the show which he described as a high caliber event and “not just for kids.” Visit www.chappaquaorchestra.org for tickets and more information.

No doubt about it… Chappaqua’s Got Arts.

Grace Bennett, Publisher and Editor of the Inside Press, is excited about the future of the Chappaqua Performing Arts Center.