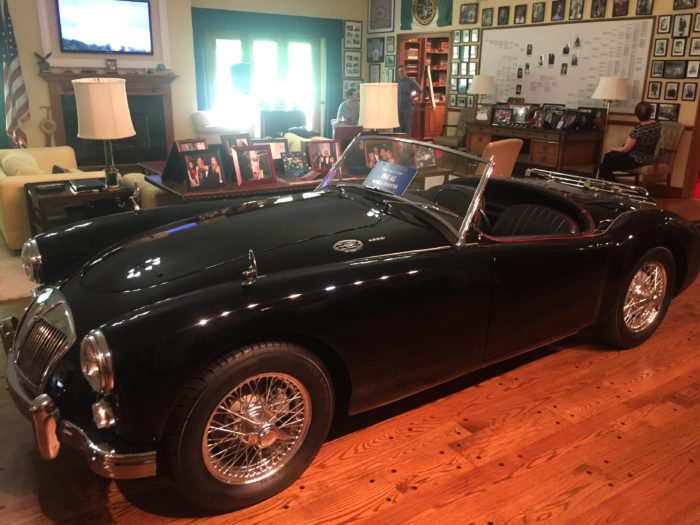 Housed within three nondescript white clapboard buildings resembling an old country church at the end of a long driveway at 16 Bedford Banksville Road is a magnificent collection of vintage cars at the Malcolm Pray Achievement Center. This is more than a car museum and serves a greater purpose that was both envisioned and executed by its entrepreneurial founder Malcolm Pray. It is both a celebration of success and an opportunity to visualize oneself reaching one’s dreams.

The Malcolm Pray Achievement Center is a non-profit organization that offers programs that inspire visitors towards success through a tour of an impressive automobile collection and the story of Malcolm Pray.

Malcolm Pray was an entrepreneur in automotive sales. He started as a car salesman in 1955 in Greenwich, Connecticut and eventually bought his own dealership and grew the business to six dealerships. After an amazing career, he sold his business in 1999 and conceptualized a place to showcase his collection to motivate kids to work hard just as he was motivated as a child when he first saw his dream car at the 1939 World’s Fair, a 1937 Delahaye, a car he later purchased. He passed away in 2013. The Pray Family Foundation continues running the center.

Inside the main building, besides the 1960 MG Model A Roadster just beyond the entryway, it feels as if you have stepped into someone’s grand living room. There are couches, a fireplace, a library off to the right, console tables and walls adorned with civic and humanitarian honors, “Best in Class” awards from car shows such as Concours d’Elegance, photos of Mr. Pray with ex-US presidents and well-known politicians, and framed family photos.

Over seven thousand visitors have come to the center and each is personally greeted at the door with a handshake. As a former car salesman, Mr. Pray recognized the importance of a welcoming handshake and this was his first lesson to his guests. He taught them to own their handshake so that they would be treated seriously.

After visitors are welcomed into the center, they watch a two-minute video about Mr. Pray that talks about his passion for cars, his imperfect school record, and about his road to success after serving in the Air Force.

“My message is clear,” he says in the video, “There is nothing in life that you cannot achieve. No matter what you do you will be in the people business…and never forget–your reputation is the greatest asset that you have.”

That message is just one of the different steps to success that Mr. Pray hoped to teach his visitors. Some other steps include consider a career, educate yourself, respect your body, learn the value of money, and be organized.

The circumstances of his life lend special weight to his tips for success. A child of the Great Depression, he struggled in school and had a mild dyslexia, undiagnosed in his youth. Most tragically, he lost one of his four children, his 17-year old son, in a car accident in 1986. Achieving success despite these challenges makes an impression on young visitors, particularly those with their own struggles.

Executive Director Marikay Satryano tells visiting teens that have trouble relating to Mr. Pray’s ultimate success and wealth that his life only appears to look linear if you look at him working his way up from being a car salesman. “What you don’t see between those milestones are tough decisions, hard work, personal tragedy, and struggles. Not every path is linear. You have to make the moment and take that first step,” she says.

While Mr. Pray’s original intent was to inspire youngsters, his achievement center has hosted families, senior citizens and veterans. The life principles offered are relevant to anyone going through transition.  Seniors grappling with what they will do in retirement, veterans trying to find their way after active duty, and adults seeking good advice to pass on to their children can benefit from a visit here. 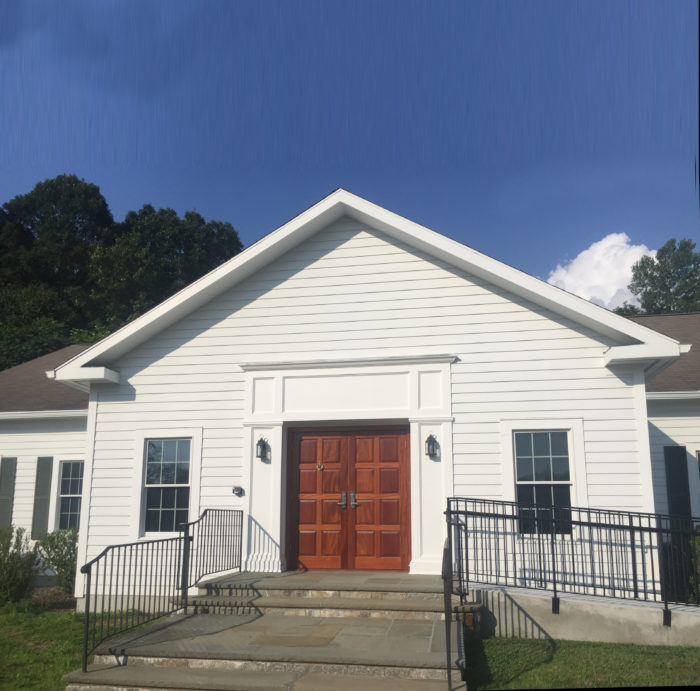 After spending time in the main building, watching the video and discussing the steps to success, guests are led into the first garage where they experience their “aha” moment. In that first garage, they are met with some of the most significant American, British and German cars ever built. Ms. Satryano takes visitors through a fascinating twentieth century history lesson intertwined with a history of cars. Her props just happen to be rare world class automobiles.

Visits to the Malcolm Pray Achievement Center are free and by appointment only.  “It’s a resource,” says Ms. Satryano, “and we want the community to know that we are here for them.” 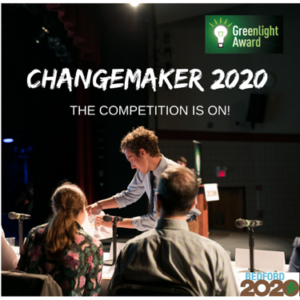 The third annual Bedford 2020 Greenlight Award Finals on May 1st will feature high school contestants with big green ideas at the newly restored Bedford Playhouse in Bedford Village. “This is an exciting opportunity to see our future environmental leaders in action,” said Midge Iorio, Executive Director of Bedford 2020.

The theme of the Greenlight Award contest this year, Changemaker, challenged participants to not only come up with a big green idea, but also to prove that it could change behavior. “Behavior change is an important theme because causing people to do things differently is critical to the success of many environmental challenges,” Iorio explained. “The Finalists have caused people to change their behavior to address a variety of environmental problems – from greenhouse gas emissions to water pollution and waste.”

Several teams from Horace Greeley High School have advanced to the Finals and will present their projects before the judges and audience. The Greeley STOP Club worked on an anti-idling campaign, another student installed a kiosk where people can take or leave reusable bags, and a third team tapped into people’s interest in donating to charity to improve recycling habits.

Community members are encouraged to attend. “Our hope for the future will be elevated by these students who have taken on this challenge,” said Sarah Douglis, Bedford 2020 Board member and Pound Ridge resident. “I bring my kids, who are in elementary school, to the Greenlight  Finals so that they are inspired first hand by these high school role models and become part of this important movement of their generation of environmental leaders”

The eight teams of Finalists were selected from 19 initial teams from Fox Lane, Horace Greeley, Somers, Harvey, John Jay, and Rye Country Day high schools. Finalists received up to $1000 in seed funding and worked with community experts to develop and carry out their big green ideas. At the Finals, the teams will show how they worked with stakeholders, created and carried out a strategy, catalyzed behavior change, and measured their results. The most impactful project will win the Greenlight Award and a $500 cash prize.

The presentations will be scored by judges Kitley Covill, Westchester County Legislator, Dale Akinla of Morgan Stanley, and Caela Murphy of the Endeavor Foundation.

The Greenlight Award Finals will take place on Tuesday, May 1st at 6:30pm at the Bedford Playhouse, 633 Old Post Rd, Bedford, NY.

For more information about the Greenlight Award visit www.bedford2020.org/greenlight

Bedford 2020 is a non-profit organization leading a community-wide effort to reduce greenhouse gas emissions and to create a sustainable community that conserves natural resources. More information is available at www.Bedford2020.org.

To those just arriving, the ‘Love Art’ pop up gallery titled Revolution – Art for Positive Social Change” and reception inside the Chappaqua Performing Arts Center offered visual relief for troubled times. Leave it to accomplished and awake artists to capture many of the prominent issues of our day through striking and heartfelt paintings and collages. Visit loveartgalleryandstudio.com to view these impressive collections and theinsidepress.com which will feature additional works that day. Plus: While I had a conflict and couldn’t stay for Cyrille Aimée’s performance, for a glorious few minutes, I heard the incredible celebrity jazz songstress and her fellow musicians rehearsing during a sound check before the show; it took nanoseconds to feel the passion and power of Aimée’s voice, and knew everyone was in for a treat.

A town release later described the official ribbon cutting and “a magnificent evening and an auspicious way to mark a new milestone in Westchester County’s continuing cultural evolution.” Aimée, winner of the 2012 Sarah Vaughn International Jazz Competition, later treated the audience to a number of well-known standards, dazzling originals and a selection of songs that crossed a wide array of genres including a jazz arrangement of Lerner and Loewe’s “I Could Have Danced All Night,” a touching take on the Beatles’ “Blackbird” and a special rendition of Tito Puente’s “Oye Como Va” had the crowd enthralled and chanting for more.

“We couldn’t be more delighted with this new beginning,” John Fanelli, ChappPac’s theater manager commented. “In the years to come, this arts center will bring this community exceptionally diverse and distinctive programming, one that’s rich in music, theater, comedy, film and family attractions. This was a grand beginning, but indeed, it is, after all, only the beginning.”

The remainder of the 2017 Inaugural Fall Season in October had also featured: TIM KUBART & THE SPACE CADETS and Sō PERCUSSION; a Lobby Art Exhibit METHOD & MELODY sponsored by Northern Westchester Artists Guild and SOULSHINE: AN ALLMAN BROTHERS EXPERIENCE, a rock tribute performing ABBA favorites; and still coming at press time: the ROCKY HORROR PICTURE SHOW, a film cult classic on October 27 (showtime 8 p.m.; tickets are $20) Film: A Cult Classic; and on October 28, ECHOS OF SINATRA, a musical celebration on the life of Frank Sinatra.

On Saturday, May 7th from 11 a.m. to 4 p.m., Eye Designs of Armonk is proud to invite you to our annual Oliver Peoples Trunk Show. Oliver Peoples has always been an integral part of our collection and we will be showcasing their latest spring and summer releases and celebrating great eyewear in Armonk!
Eye Designs Armonk is located at 575 Main Street in Armonk. For more information, please visit eyedesignsofwestchester.com.