It’s been said that “a book is a present you open again and again.” If we can agree that this is in fact so, then may I suggest we further the idea and consider our public libraries as proverbial Santa sacks full of goodies galore!

Remember Melvil Dewey, of the eponymous Dewey Decimal system? Coining “the best reading for the largest number at the least cost” as his slogan, Dewey was elected president of the American Library Association in 1890. His vision/standardization process is largely responsible for the look and feel of today’s modern U.S. library.

And yet, while all libraries gift us with classic and new hardcover, trade and paperback books, today’s newspapers or the latest magazine, music, movies and more, each also offers unique and special programs. Indeed, a public library is a veritable treasure trove of events, classes, workshops and resources, tailored to the community it serves.

The Chappaqua Library anchors one end of the town. Conveniently adjacent to one of the middle schools, the library is very student-centric, welcoming all grades every day and with extended hours during midterms, finals and regents. As Library Director Pam Thornton points out, “a large percentage of students use the library after school, especially on Friday afternoon. They mainly come to use the computers and for afterschool programs and to hang out. We are chartered as a school district public library serving the Chappaqua Central School District community. Our community has a strong focus on education and advanced degrees.”

With its bright and welcoming children’s room and 16 pre-school story hours each week (including a monthly special-needs group), the Chappaqua Library helps grow an early love of books and reading. From there, it’s an easy move to either the dedicated teen area or main room where reading and learning continue to be of paramount importance to so many. In fact, Adult-Ed programs are another source of pride for the Chappaqua library. Residents enjoy film series, book discussion groups, author programs, writing workshops, even one-on-one computer lessons. Currently, a Foreign Policy Discussion group attracts close to 100 attendees every Monday morning. The CCSD recently passed a bond which included $1.7 million for a library renovation/expansion project. Thornton expects to see “a greater emphasis on the library as a community space and not just a resource for the printed word.”

Unlike Chappaqua, the North Castle Public Library is not a school district library, but a municipal library. Programming is funded by Friends of the North Castle Public Library, grants and public service providers. Therefore, as Director Edie Martimucci explains, her database need not replicate the schools’ libraries and she is able to focus entirely on community interest. In fact, her first programming question is a simple “what does the general public want?” Martimucci repeats that question in multiple venues, direct and indirect conversations. She listens closely, watches what works, counts numbers of attendees and then tailors her programming and acquisitions accordingly. Martimucci proudly shares that “our programming has skyrocketed this last year with 36,000 people attending youth and adult programming and our theatres’ productions. We shot up through the ranks of the Westchester Library system!”

Martimucci likes to tell people that North Castle is really a three-library system; Armonk, North White Plains and “our virtual branch.” ESL is a steady popular program in North White Plains while Friday Night Films pack the house in Armonk, and users like students and travelers are logging in at all hours to download information they need right then and there. “It’s an exciting time to be a librarian,” says Martimucci, “the days of the “ssshhing” librarian are over! In the digital age, libraries need to look at themselves as culture, information and recreation hubs. My goal is to make the North Castle Library the go-to place for our community.”

Homegrown and still living in Ossining, Programming and Events Coordinator James Trapasso is ideally situated to keep his finger on the pulse of his multi-cultural and economically diverse community. He notes that, with a large and ever-growing Hispanic population, the library has built up its multicultural collections while simultaneously offering assistance in many ways, including ESL and English conversation classes, a Spanish Film and many events celebrating Hispanic Heritage Month. Additionally, he points out, the Ossining Public Library is a proud partner with the Ossining School District and therefore partners with the schools on certain initiatives. “Right now, we conduct a Spanish class for teachers and other professionals in the school district to learn the language. The library sees many kids after school and also for our Math Tutoring program on Wednesday evenings. For the month of May, ever year, the library’s art gallery has hosted the School District Art Show for grades K-12. It is a show not to be missed.”

Trapasso explains that voters overwhelming approved a $15.8 million project to build the current library, which, having opened its doors in March 2007, will soon celebrate its tenth anniversary. Ossining has some pretty dramatic waterfront, and beautiful Hudson River views are as much a part of the library’s appeal as are the modern design, friendly staff and extensive collections. Trapasso notes that the library “has space for everyone. From our 200-seat theater to our café space and our meeting rooms; there’s even a reading room equipped with a double-sided fireplace–the perfect spot to read on those cold winter days.” The spectacular 44,000 square-foot “new” Ossining Public Library has won numerous awards and is LEED Certified from the U.S. Green Building Council.

The Mount Kisco Public Library also serves a very diverse community. However, according to Library Director Kathryn Feeley, one interest/activity that spans the many backgrounds and connects across the ages of this heterogeneous population is crafting. As she explains, the act of crafting is creative and inclusive, encouraging people to engage with each other in real time and real life.

For example, during the December holiday season, the library partnered with the Chamber of Commerce to draw the community together during a crafting and tree-lighting event. Feeley remarks that children, teens, adults and seniors all attended and took part in activities targeted to their age and interest. The partnership and program were an overwhelming success.

Another craft-focused activity is adult coloring. Adult coloring has recently garnered serious attention as a way to center one’s mind and emotions. Indeed, Feeley shares that the Mount Kisco Library needed to replace a regular mediation program for a few months and tried adult coloring as a stop-gap alternative. It has proven immensely popular, again drawing in various demographics including a large number of Latino seasonal workers whose employment options are more limited during the cold weather months.

Clearly, our community libraries are here to stay, and we must count ourselves quite lucky to have enthusiastic, engaged and dedicated professionals at the helms. Further, we should applaud ourselves and our neighbors for continuing to recognize the need for communal learning and information.

Please note that we’ve profiled but four of our area’s libraries, and highlight various programming at these along with an additional two in a related post. http://theinsidepress.com/highlights-from-area-library-programs/ As times and needs change, libraries, rather than becoming relics of the past, remain and grow as vital and vibrantly as ever. Do make sure you/your family have a library card and enjoy all that the Westchester Library System has to offer!

Beth Besen is a past editor and continuing contributor to the Inside Press. Although a Chappaqua resident for over 20 years, she has lived in many places, and always found the public library to be a true home away from home. 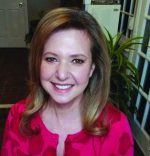 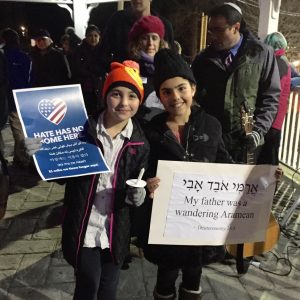