Dogs. Perfectly situated to relay the weirdness, but also the silver linings of families staying home and staying safe.

Something seems strange in our once very predictable world and we are having trouble putting our paw on it. We used to wake up in the morning and after a hearty breakfast and a scratch behind the ears, our family would depart.  Now, suddenly, our family doesn’t leave in the mornings anymore. In fact, they don’t leave at any time during the day. They are home all day long, all five of them, from the time we roll out of our crates in the morning to the time we head back in at night. And why aren’t they getting dressed? Something has definitely changed and we can’t decide if we are happy about it. What we know for sure is that we are being affected, both positively and negatively, by the change in their daily routines and accordingly in ours. 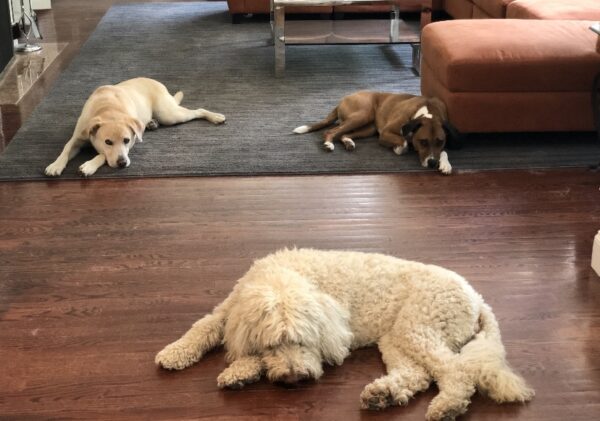 We used to lay around most of the day, resting and dozing in our curled up positions on the couch in our calm house.  Now it is impossible to get any peace and quiet as the five of them are constantly arguing about what’s for dinner and who gets the X-Box in the basement that night. They are so loud; we just want to nap!

As for our comfy couch, it has been replaced by the not so comfy floor as there is always someone in our familiar spot either watching tv, doing homework or zooming with their friends.  However, lucky for us, they brought back family movie night, a tradition of days past. During these times the eight of us sit together on the couch. We get snuggled and kissed a lot and they even share their snacks with us. We really like family movie night.

And what is with all the exercise?!  We have gone for more walks over the last 2 weeks than we have in the last 2 years. And it’s not just us. Suddenly our neighborhood is filled with our friends and their families. It is so nice to see everyone and show off our new and improved physiques. Have you seen the rump on that one?

Unfortunately, we would love to go up to our friends for a sniff, but for some strange reason, all the humans stand on opposite sides of the street when they chat. They make jokes about a new term called social distancing, but does it apply to dogs too?  Smell ya later Chase.

And the food! Everyone in the house is always, I mean ALWAYS eating. There is always food on the counter for one of us to try to steal and lots of crumbs on the floor for us clean. It’s a good thing we are all getting the extra exercise. We sure do need it.

My family is also doing some very unique activities. My mom and sister have just started doing a jigsaw puzzle and they seem to be getting along.  (The second part is very unique!) My dad is finally fixing things around the house that he “never had time” to do before. My youngest brother is growing a beard. My mom is cleaning all the drawers and the closets (head to Jessie’s room please) and they keep sending out my oldest brother for toilet paper.

Finally, we have become show and tell objects. My brothers and sister are constantly talking to their friends through their computers and they keep making me wave my paws at the people in the screens. Annoying! I never had to engage with these people before, why am I now being introduced to new people now?  How about a little social distancing please! 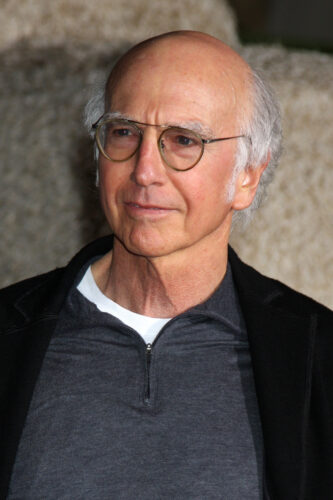