Nora Lowe, a Byram Hills High School sophomore was selected as a national semifinalist for the Mars 2020 “Name the Rover” contest and is now eligible to enter into the next round of competition.

NASA’s Mars 2020 rover is one step closer to having its own name after 155 students across the U.S. were chosen as semifinalists. Just one student will be selected to win the grand prize–the honor of naming the rover and an invitation to see the spacecraft launch in July 2020 from Cape Canaveral Air Force Station in Florida.

The currently unnamed rover is a robotic scientist weighing more than 2,300 pounds (1,000 kilograms). It will search for signs of past microbial life on Mars, characterize the planet’s climate and geology, collect samples and pave the way for human exploration of the Red Planet.

“This rover is the first leg of a round-trip mission to Mars that will advance understanding in key science fields like astrobiology,” said Lori Glaze, director of NASA’s Planetary Science Division. “This contest is a cool way to engage the next generation and encourage careers in all STEM fields. The chosen name will help define this rover’s unique personality among our fleet of Martian spacecraft.”

Nora’s entry was selected as New York’s winner in the high school category. The suggested name was Ambition Tardigrada. 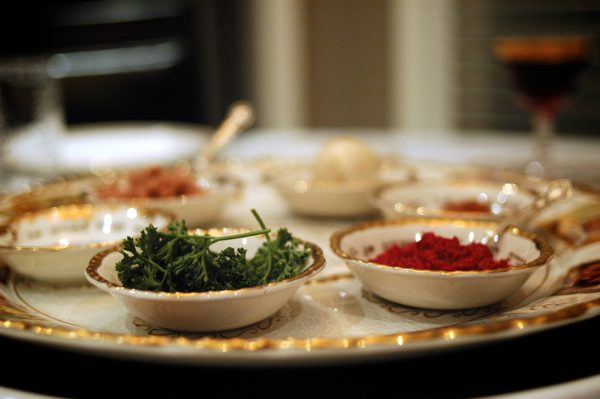 UJA-Federation of New York’s Find-a-Seder resource is back for 2016, listing pre-Passover celebrations and Seders on the first two nights of Passover at local community centers and synagogues of all denominations throughout the five boroughs of New York City, Long Island, and Westchester.

For more than 25 years, UJA-Federation’s J-1-1 Information and Referral Center has been working to match Jewish families with communal Seders in the area. This resource details more than 75 community Seders that are open to families looking to observe the tradition–rich holiday.

The list of Seders can be found here: http://www.ujafedny.org/passover/find-a-seder/.

Individuals or families looking to Find-a-Seder can contact UJA-Federation’s J-1-1 Information and Referral Center Monday through Friday from 9:00 a.m. to 5:00 p.m. at 877.852.6951 or J11@ujafedny.org.  J-1-1 is a free information and referral service that connects the New York Jewish community with available programs and resources. Space for Passover Seders may be limited. Fees vary by venue, and not all venues offer a Seder on both nights. Please note that J-1-1 will be closed starting at 1:00 p.m. on Friday, April 22, 2016, and will be closed all day on Friday, April 29, 2016. UJA-Federation of New York is working to make the Jewish holidays a warm and welcoming experience for all.

About UJA-Federation of New York
For nearly 100 years, UJA-Federation has inspired New Yorkers to act on their values and invest in our community for the biggest impact. Through UJA-Federation, more than 50,000 donors address issues that matter most to them, pooling their resources to care for New Yorkers of all backgrounds and Jews everywhere, to connect people to their Jewish communities, and to respond to crises close to home and around the globe. Working with nearly 100 beneficiary agencies, synagogues, and other Jewish organizations, UJA-Federation is the world’s largest local philanthropy; our reach spans from New York to Israel to more than 70 other countries around the world, touching 4.5 million people each year. For more information on how to donate or volunteer, please visit our website at www.ujafedny.org.

Yankees Manager Joe Girardi served as guest speaker at UJA-Federation of New York’s 10th Annual Sports Talk. The event took place on Thursday, January 28at Mulino’s at Lake Isle Country Club in Eastchester, New York. It drew nearly 250 guests who came to support UJA-Federation’s life-changing work and hear from Girardi, who has guided the Yankees to five playoffs and one World Series Championship since being named manager in 2007.

A Purchase, New York, resident, Girardi successfully translated the skills he learned during his 15 years as a Major League Baseball catcher into his winning career as manager. As a major league catcher, he played for the Chicago Cubs, Colorado Rockies, St. Louis Cardinals, and Yankees. He also dedicates much of his time to philanthropy, particularly his Catch 25 Foundation, which provides support to those afflicted with ALS, Alzheimer’s disease, cancer, and fertility issues.

Guests had the opportunity to hear about the work of UJA-Federation, which over the course of its 99-year history has become the largest local philanthropy in the world, supporting a network of nearly 100 nonprofit organizations that serve every population from early childhood to old age, and that offer critical assistance in almost every life circumstance.

“It’s amazing how we’re immediately on the ground — whether that’s here in New York during Hurricane Sandy, in Israel during last summer’s rocket attacks, in Japan following the earthquake, or in Ukraine when the Jewish community came under threat. The impact we make is extraordinary,” said Event Chair Ken Fuirst of Chappaqua. “But the difference we make isn’t only in France or Israel or even downtown New York. We touch lives right here in Westchester.”

About UJA-Federation of New York

For nearly 100 years, UJA-Federation has inspired New Yorkers to act on their values and invest in our community for the biggest impact. Through UJA-Federation, more than 50,000 donors address issues that matter most to them, pooling their resources to care for New Yorkers of all backgrounds and Jews everywhere, to connect people to their Jewish communities, and to respond to crises close to home and around the globe. Working with nearly 100 beneficiary agencies, synagogues, and other Jewish organizations, UJA-Federation is the world’s largest local philanthropy; our reach spans from New York to Israel to more than 70 other countries around the world, touching 4.5 million people each year. For more information on how to donate or volunteer, please visit our website at www.ujafedny.org.

As New Yorkers look forward to celebrating the upcoming holiday season in a safe and responsible fashion, Governor Andrew Cuomo has signed into law legislation to reduce drunk driving among repeat violators of state law. The bill’s sponsor, Assemblyman David Buchwald (D-Westchester) introduced the legislation (bill number A.6222) earlier this year to close a loophole that allows repeat DWI offenders under probation to potentially operate a motor vehicle while intoxicated, despite the generally mandated use of an ignition interlock device (IID) under what is known as Leandra’s Law.

An IID is an apparatus that is similar to a breathalyzer and is often attached to the ignition system of a motor vehicle as a condition of probation stemming from traffic-related infractions. The vehicle can only be started if the driver blows into the ignition interlock and his or her blood alcohol content (BAC) is below the legal limit of .08 BAC. Assemblyman Buchwald’s legislation, sponsored by Senator Michael Nozzolio (R-Seneca Falls) in the State Senate, strengthens part of Leandra’s Law, which was signed in 2009 and named after 11-year-old Leandra Rosado, who was killed in a motor vehicle operated by a drunk driver.

Last month, State Comptroller Thomas DiNapoli published an audit of drunk drivers who were ordered to install IIDs in New York City between 2012 and 2014. The audit found that of over 53,000 IIDs ordered by the courts, only 13,810 drivers, or just 25 percent, were compliant.1 For those who violated their probation or conditional discharge, the requirement to use an IID could not be extended to make up for the missed time on probation during which the violation occurred. The new law grants the courts the ability to extend the sentence of mandated use of an ignition interlock device if a DWI offender violates his or her probation or conditional discharge. Buchwald’s bill, which was recommended by New York’s Office of Court Administration, provides judges the ability to extend the period in which the use of an IID is mandated in the vehicle of a DWI offender who violates his or her probation.

“Over the years we’ve seen senseless accidents and tragedies as a result of drunk driving in every corner of the state,” New York State Comptroller Thomas P. DiNapoli said. “Ignition interlocks, coupled with aggressive monitoring of DWI offenders, are an effective way to prevent intoxicated drivers from getting behind the wheel and endangering the welfare of pedestrians and motorists. I commend Assemblyman Buchwald, as well as Senator Nozzolio, for their efforts to strengthen Leandra’s Law and thank Gov. Cuomo for signing this much needed measure into law.”

“Leandra Rosado’s story reminds us that life is precious, and in her memory New York State has taken steps to reduce the tragic loss of life due to drunk driving,” said Assemblyman Buchwald. “Ignition interlock devices save lives, and by granting our courts the ability to extend the period of mandated time these devices are required for repeat offenders, we will increase the chance of preventing further tragedies like Leandra’s from happening in the future. I am thankful that Governor Cuomo signed into law this initiative to reduce drunken driving and keep repeat offenders off the roadways. I wish all New Yorkers a happy and safe holiday season.”

According to the Centers for Disease Control, 20 percent of all children who are killed in traffic-related accidents perish as the direct result of a drunk driver.2 In addition, over 22,000 DWI offenders in New York State are repeat violators, according to the National Highway Traffic Safety Administration.3 The new law helps prevent this unnecessary loss of life by requiring that probationary terms remain in effect after a declaration of delinquency, and allowing the court the ability to extend the end date of the oversight and utilization of the IID.

Assemblyman Buchwald’s legislation passed unanimously in both the State Assembly and the State Senate.