When people think of social media, it is typically associated with teenagers and early adults being obsessed with likes and who can project their best lifestyle. Generation Z and millennials are usually linked with social media taking over their lives. The expression “phone eats first” and people, especially girls (I can confidently support this being a girl *wink* ), snapping a million pictures until getting the right one. However, I would like to argue that this logic is wrong. We are the scapegoat for the older generation to hide behind. We are not the true culprits of the epidemic of social media taking over. Adults, especially parents of teenagers, are the true OCD consumers of social media.

The smallest family gathering happens and you already know all the mothers are going to line up and want to make a huge photoshoot to later post on Facebook, where their 76 friends will comment. Saying “So cute! My kids could never!”, “They grow up so fast!”, and on and on. Cut the BS. We both know you do not care that Sheryl went to Turks and Caicos for the fifth year in a row. And the same goes for Sheryl–stop acting like your kid did not just throw a fit because they missed their sleep away camp meet up in the city to go on this vacation. Social media portrays such a falsehood of what is reality. Simply commenting on someone’s post does not mean you are close with them. Send them a text or call to show you care. These moms are so obsessed with portraying a different (read: fake, or at best, idealized) perception of their family. I truly think that if these moms keep trying to portray their family dynamic like how it seems on social media, that maybe one day their manifestations will materialize. Get a reality check, but it has not been all smiles and a love fest at Thanksgiving with the in-laws. Maybe get some crystals and family therapy. Stop dragging everyone else into your family’s mess.

However, the moms of Facebook are not even the worst of them. The worst are the wannabe influencers. They just learned about Instagram a month ago and think making reels is revolutionary and they’ll become famous for showing their outfits every day in their story. It has been done. And yet, still few have actually become that famous. They think they are hip and cool being on Instagram, posting their lives, thinking that people are just WAITING at their phones for the next post. Like no, what do you think you are influencing? What does “influencers” even mean? What are you changing? The times people want to block you? Because that number is only going up. The only brands that reach out to you to promote are probably bots or a pyramid scheme. There is a reason no one has heard of these companies! Okay, maybe if Gucci or Versace is sponsoring you, then none of this applies to you. But to those of you out there not making this cut, fun fact but typically the number of likes usually lines up with the number of followers you have. We can tell, you buy your followers! Right, because you have 14.7k followers but on a good day get 53 likes, yes! Love the PEMDAS that is happening.

Social media does have its positives of allowing people to stay connected all throughout the world and depicting the time that has passed. But, people own up to the reality of your life and stop posting inspirational quotes that you do not even implement in your life. Time to make social media casual again. 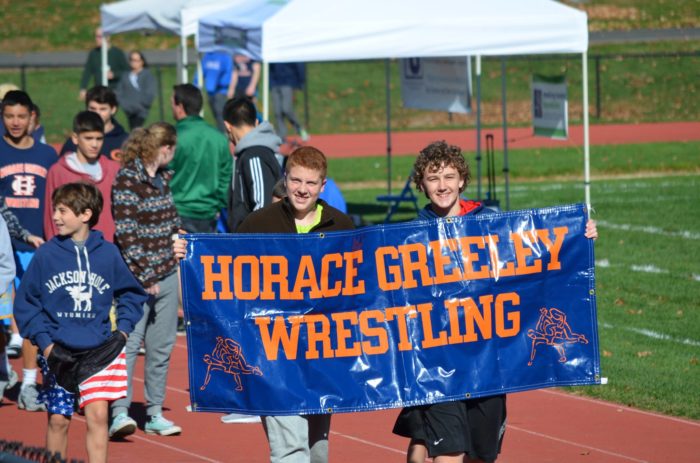 Millennials have been called many things, but they aren’t often acknowledged for their consistent and generous support for charities. In fact, 85% of millennial workers made a charitable donation last year, higher than any other demographic group. These young men and women aren’t just donating online, they are also getting personally engaged to support activities in their own communities. This passion to give back is exemplified in the upcoming 4th Annual Greeley All-Athlete Walkathon. 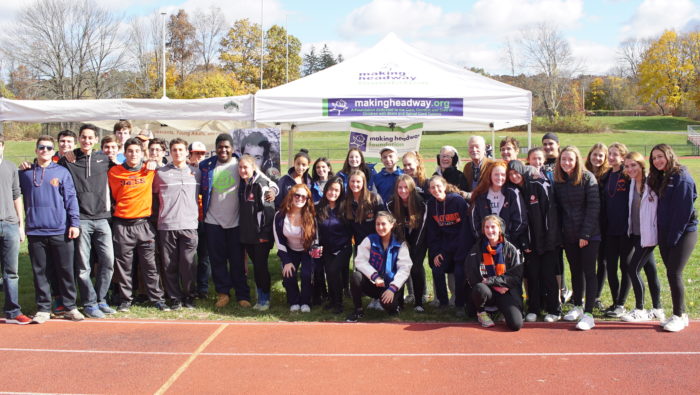 More than a dozen local Horace Greeley athletic teams are coming together to support Pediatric/Adolescent cancer research and programs that assist these children and their families. Now in its 4th year, this grassroots event was started in memory of Gardner Marks (Greeley Class of ’08). Gardner lost his life due to complications from cancer. This year, the walk also honors Horace Greeley student Casey Taub, who bravely fought brain cancer over the past two years but succumbed to it this past summer. Brain and spinal cord tumors are the most common cause of childhood deaths among any specific illnesses and no community is immune. 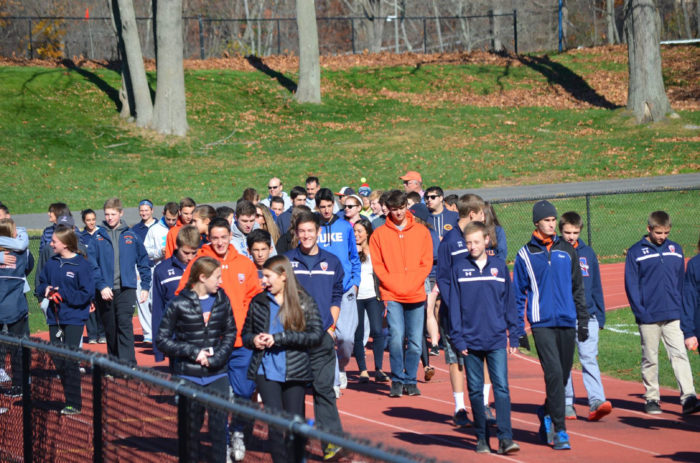 On November 5th, hundreds of student athletes will walk together on the competition field at Horace Greeley High School. The event will raise awareness and funds for Leukemia, Lymphoma, and Brain and Spinal Cord Tumors affecting kids and young adults. The Greeley Sports Boosters is sponsoring the Walk and are helping to promote the cause. 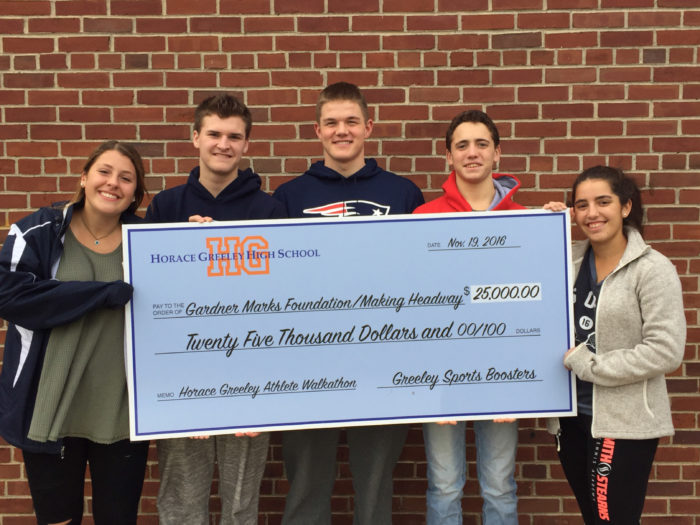 If you are interested in fighting Pediatric/Adolescent cancer, please join us on November 5th, from 11am-1pm, at the Horace Greeley High School Competition Field. This year’s slogan, “One Team – One Dream” focuses on the power that individuals can have by working together as part of a universal team. You can also donate to specific athletic teams and the cause at www.makingheadway.org/greeley/.

Proceeds from this event will be split evenly to support two local Chappaqua-based non-profit organizations. The Gardner Marks Foundation is devoted to raising money toward helping families in need of financial support, logistics, and mental health. Now in its 21st year of operation, The Making Headway Foundation provides care and comfort for kids with brain and spinal cord tumors while funding medical research geared toward better treatments and a cure. 100% of donations will go directly to pediatric cancer research or services.

“It shows that young people should have a seat at the table.” Stephanie Hausner

Stephanie Hausner of New City, NY, was inspired to run for office partly thanks to the Young Democrats of America, an organization she joined in college. And the Young Democrats supported her campaign, helping her win a seat on the Clarkstown Town Council.

“When I first ran, friends from the Young Democrats from states including Connecticut, Indiana and New Jersey came and knocked on doors for me,” she said.

This week, Hausner, 32, is one of the delegates at the Democratic National Convention in Philadelphia, representing New York’s 17th congressional district.

Young Democrats of America is the largest youth-led partisan organization in the country, with 46 chapters and hundreds of thousands of members. They are well represented at the convention, staffing a booth in a public space for all four days and signing up new members.

“Our mission is to elect Democrats, advocate for progressive issues and train the next generation of leaders,” said Kristina Contreras Fox, 30, a vice president of the Young Democrats. “And this is the year for it.”

“When it comes to policies, we are the generation that is going to be impacted the most,” Fox said. A native of Rhode Island, Fox is president of the Rhode Island chapter of the Young Democrats. “I do everything I can to elevate the voice of young people,” she said.

“I make sure those people know where to go,” said Fox. She uses email, social media and even old-fashioned methods like phone calls to tell young people the issues being discussed by local officials. “I’m an old-form organizer,” she said.

Like many DNC attendees, Fox is elated to see a woman nominated for president. Tears pooled in her eyes when she discussed it.

“When I was in kindergarten, we were having this discussion, ’What do you want to be when you grow up?’ I remember I said, ‘I want to be presIdent and they’ll call my husband the first man.’ The entire class laughed at me,” Fox said. “I’ve been thinking about that so much. We’re going to nominate Hillary Clinton. I feel like a 5-year-old in kindergarten again. Now there will be little girls in their kindergarten class saying they want to be president and people won’t laugh at them. … it makes me speechless.”

Hausner is equally as thrilled to see Clinton nominated.

“I was a Hillary supporter in 2008. I ran for office after seeing Hillary in 2008. To be able to be on the floor (this week) will be quite an experience,” said Hausner.

This is Hausner’s fourth convention and the second as a delegate.

“I started as a Young Democrat when I was in college,” Hausner said. She benefited from many of their trainings and advice. She first ran for office when she was 25, and leaned heavily on the Young Democrats.

“My campaign was run by all Young Democrats. Some of those people later ran for office themselves. Others served as campaign managers in larger scale races,” she said. “It shows that young people should have a seat at the table.”

The Young Democrats can use creative strategies to reach out. Hausner said that earlier this month, to register young voters, Young Democrats camped out at a local library which doubled as a Pokemon Go stop. When players walked by to play the game, a volunteer asked them to register to vote.