Ivanna Farms in Bedford Corners will be the beautiful and bucolic setting for Mount Kisco Child Care Center’s (MKCCC) 13th annual Feed Me Fresh: An Edible Evening benefit on Saturday, September 16, 5:30 p.m.; all proceeds are earmarked for MKCCC’s need-based scholarship programs. Over 50% of MKCCC families are low-income children who depend on partial tuition assistance to help them obtain high-quality early childhood education.

The event will feature delicious food from more than 20 local Northern Westchester restaurants that subscribe to the same culinary philosophy as MKCCC which has created a seed-to-table nutrition program called “Feed Me Fresh.” This is a hands-on curriculum that educates MKCCC students to have a natural appreciation for fresh, whole food. In addition to culinary delights from these restaurants, live music and an auction will offer attendees an enjoyable evening.

MKCCC will also be honoring Eric Hadar, the owner of Ivanna Farms and the event host as well as a long-time supporter of MKCCC. Among other honorees: Fran Osborne, who has served on the MKCCC’s Board of Directors since 2008 and ‘Team Amy’ which was established to honor Amy Marie Crabtree who died in 2009 of a brain tumor. The Amy Marie Crabtree Foundation raises money and donates 100% to causes that Amy supported during her lifetime. Amy and her husband, John, participated in the First Feed Me Fresh event at Crabtree’s Kittle House.

MKCCC is a nonprofit, accredited childcare facility that provides quality, affordable, early-care and education to a diverse group of children, ages three months to 11 years. Tickets to the event are $250 per person. For additional information about MKCCC or the event, visit www.mkccc.org/feed-me-fresh-event.

While back to school shopping is in full swing for most families this time of year, it is a difficult time of year for families with children battling cancer, or another life-threatening illness. Friends of Karen, a Westchester-based non-profit helps support these families with their annual Back to School Program which collects new backpacks, notebooks, markers, pencils and gift cards and distributes them to more than 850 Friends of Karen children in the tri-state area so they can begin the new year happily and successfully.

Friends of Karen parents say how shattering it is to go into a store and see healthy children, so excited about the new year, choosing their school supplies while their own child is in the hospital, uncertain about what the next day will bring. Parents often agonize between buying new school supplies for their “well” child or paying their ill child’s mounting medical expenses.
New backpacks (for all ages) and $25 gift cards (to Target, Forever 21, Macy’s, The Gap, Old Navy, Visa/MasterCard) are in high demand for Friends of Karen families. Other school supply items such as three- ring binders, filler paper, composition books and Crayola washable markers are also needed. Donations are being accepted until September 15 and can be mailed to office headquarters at 118 Titicus Road in North Salem or dropped off there.

Friends of Karen helps families throughout N.Y., N.J .and CT. The organization is unique in that it customizes the assistance they provide. Realizing that a life-threatening illness of a child impacts the entire family, Friends of Karen social workers work with each family member offering an individualized program of emotional, financial and day-to-day practical support. For more information, visit www.friendsofkaren.org. 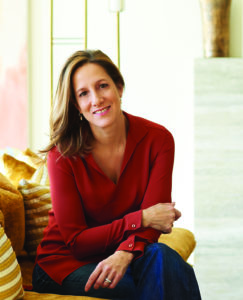 An amazing 130 swimmers (an increase of 40 people since last year and the biggest group of swimmers yet) raised approximately $60,000 for cancer research and support–and donations continue to come in! Proceeds from the Swim Across America event support the Swim Across America Laboratory at Memorial Sloan Kettering Cancer Center, Morgan Stanley Children’s Hospital of New York-Presbyterian, and the Westchester-based Cancer Support Team.

The Hospital will pay tribute to physician honoree, David William Miller, MD, Chief of Anesthesiology and to community honoree, Nancy Karch, Chair of Northern Westchester Hospital Board of Trustees. The benefit co-chairs are Albert and Doris Chance and Steven and Harriett Libov.

Dr. Miller, a resident of Armonk, New York, and a MEDNAX-affiliated anesthesiologist, has served as Chief of Anesthesia at NWH since 2003. He is a member of the Northern Westchester Hospital Medical Board, Board of Trustees and Foundation Board.

In addition, he and his wife Lauri are active philanthropists and benefactors of Northern Westchester Hospital, contributing to the Laurie Bass Sklaver Infusion Center and the Capital Campaign for the first phase of the Hospital’s Surgical Services Modernization, and donating to the Leukemia Society and the Ovarian Cancer Research Fund.

Ms. Karch, a resident of Katonah, is a former Senior Partner of the international consulting firm McKinsey & Company where she spent 26 years; she joined the Northern Westchester Hospital Board of Trustees in 2006. Since then, she has been involved in some of the most consequential decisions in the Hospital’s history.

Under the leadership of immediate past Board Chair The Honorable Robert Spolzino, Ms. Karch chaired the committee that led the search for a new parent, culminating in January 2015, when Northern Westchester Hospital became part of Northwell Health, New York State’s largest healthcare system. When she became Chair of the Board in 2015, Ms. Karch led the transition. In 2015, she was appointed to serve on Northwell Health’s Board of Trustees.

The “Leading The Way, Together” benefit will take place at the Saw Mill Club and the menu will be provided by Abigail Kirsch. Cocktails begin at 6:30 p.m. with dinner at 8 p.m. For additional information, contact Gaby Golod Greenwald at 914.242.8392 or ggreenwald@northwell.edu.