Overwhelmed by the unfathomable loss of September 11, 2001, Mindy Kombert began to sketch boxes to represent each life lost. The sketch became a blueprint for the Flag of Remembrance that has found a permanent home at the 9/11 Memorial & Museum in New York City, where it is currently on exhibit. The 20-foot-by-27-foot masterpiece created by Kombert and Sherry Kronenfeld, both Chappaqua residents was a labor of love that gave these women a way to process the events of that fateful day.

“I really felt the need, being a visual person, to visualize the scale of the loss,” says Kombert, a multi-talented artist. She had 12 pages and went to Kronenfeld with her first sketch. “I wanted to learn all about them and what had brought them all together on that day.”

Since the two women had been working together at a local design firm before they started this project, Kronenfeld knew it would be seamless. “Mindy and I have perfectly matched–that is, complementary– skills and talents, so our roles easily fell into place. She came up with the concept and handled the visuals, the graphics, the materials–ink and fabric, etc., and I did more of the organization and the communication.”

They suspended their business and formed a committee that grew into a not-for-profit. “It was very difficult initially, we met at my kitchen table,” says Kombert. “We had no idea what it would cost. “They found an anonymous donor to fund the project and received donations of materials and printing services.

“I took the skills I had, quilting and graphic design, and it evolved into a monument two stories high,” says Kombert. Kronenfeld did the press releases, the media outreach, the contacts and relationships with companies. She contacted all the World Trade Center companies who lost large numbers of employees and the city agencies (FDNY, NYPD, etc.) who lost first responders–to make sure as many people as possible knew about the project.

For ten years I photographed memorials and artwork–large and small–across the country made in response to the 9/11 attacks. The Flag of Remembrance is one of only a handful of objects or artworks I consider to be truly remarkable. Staggering in its scale, detail, and craftsmanship, this flag speaks powerfully to the zeal, compassion, and need to memorialize and speak publicly that was evident across the culture in the aftermath of the attacks. Though generically resembling an American flag, I stood before it the day it was hung the first time, humbled by its ability to be both deeply personal and speak viscerally about our nation’s grief. Indeed, it is a monument unto itself. – JONATHAN C. HYMAN

CNN correspondent Jeanne Moos caught wind of the project and highlighted it in one of her segments on 9/11 victims. Following that special, Kombert and Kronenfeld set up an 800 number to provide a convenient and quick way for people to contact them if they had any questions about the Flag or to send in photos for inclusion. However it also turned out to be a way for family members to tell them about the person they lost. “I had one woman, a widow, who called me several times just to talk about her daughter, who was living with her at the time of the attacks. She talked about what a wonderful daughter she was, how dedicated to her mother and to her job, and how much she was going to miss her,” says Kronenfeld. “In this and many other cases, it seemed to be therapeutic for the family members to talk, for them to communicate everything they could about the special person they had lost. Others were just as heart-wrenching, including several who asked if instead of one close-up photo–as we had indicated was optimum–they could have two in a photo, because they had lost two or more family members.”

The Flag was made by transferring victims’ photographs to individual pieces of fabric. The blue field with white stars was dedicated to uniformed first responders while the stripes of white and red were reserved for civilians. Each victim’s name and age were included. An image of a memorial candle accounted for those whom photographs were unavailable.

Deeded to the Museum in 2007, the Flag is now part of the museum’s permanent collection. Kombert kept it folded under her bed in Chappaqua for many years until it was transferred to the Museum’s conservation facility to ready it for the Museum. The Flag will hang for one year and then fall into a rotation schedule with other large works in the collection. “My hope is that it will be loaned or travel,” says Kombert. In addition to its debut at the Chappaqua Library in 2004, the red, white and blue muted-toned flag has been on display at the Kensico Dam memorial The Rising, the Liberty Plaza Marriott, John Jay College of Criminal Justice and the Doral Arrowwood Westchester.

“The project itself was gratifying, as we felt all along that we were doing everything we could to pay tribute and forever remember the victims of 9/11,” says Kronenfeld.

“The Flag is a reminder of the scale of the loss we suffered,” says Kombert. “I am so happy that it is where it belongs.”

Chappaqua author Barbara Dee has her finger on the pulse of older kids, and she knows what they are thinking about. For more than a decade Dee’s popular books for middle-grade students have been on the right track with topics that interest kids.

As the market for children’s books has evolved so have Dee’s books. From her debut novel, Just Another Day in My Insanely Real Life, to her latest Halfway Normal, Dee’s writing has gotten more serious, yet she has consistently maintained her trademark sense of humor.

“Kids want to feel like they are reading about themselves, so the voice has to be just right,” says Dee. As an adult you come to writing for young people with your own life experience: for Dee it is Mom and teacher. “I felt a strong connection to my 12-year-old self and was able to tap into those feelings easily.”

For many of Dee’s books, resilience and empathy are themes. Such is the case for Halfway Normal, a story about 12-year-old Norah Levy who returns to school after two years of treatment for leukemia. Dee wrote from her own experience as a Memorial Sloan Kettering mom whose child was undergoing treatment. She also spoke to girls who were survivors. Dee is thrilled that this book has been chosen as a Junior Library Guild title, a first for her.

“While kids today are so sophisticated and have such internet savvy, they are still kids. They can be confused, silly, anxious and testing their boundaries,” says Dee. “My books always have substance and are a great way to get kids to open up to a subject.” Dee’s idea for her book Star-Crossed came after she noted the acclaim that GEORGE, a book about a transgender child, received. She decided to dip her toe into the LGBT book pool. “I thought there are so few children’s books on this topic, why not take it down a notch.” Star-Crossed is a story of young love in middle school. “I know that kids question their orientation so this is a sweet and happy comedy about acceptance.”

Dee hears from a lot of her readers and the range of her audience has surprised her. She has discovered that teens and adults have been reading middle-grade books.

“I get a lot of letters and Star-Crossed has gotten the most response from teens and adults asking ‘where was this book when I was in middle school?’” They share their personal stories with Dee. “It’s so moving and I feel honored.” 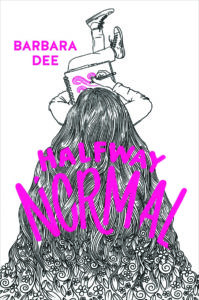 Staying serious yet maintaining an upbeat tone and characters with spunk, her forthcoming book Everything I Know About You takes on the topic of tween eating disorders. The book deals with friendship issues. On a school trip to Washington, D.C. the main character that is fine with her large body notices that her roommate has an eating disorder, and handles it with humor. Dee says that humor is a great coping mechanism. “For kids, it is important to blend humor into the work, but it’s hard to be funny!”

In her spare time, Dee loves to read. She also visits schools and attends conferences and book festivals. She is a Founder and member of the Board of Directors of the Chappaqua Children’s Book Festival. Among her favorite books as a child are

A Wrinkle in Time, Island of the Blue Dolphins and Harriet the Spy. Now she reads a lot of contemporary fiction. But her readers would be most surprised to discover that she is obsessed with the English rock band Radiohead and has been to their concerts. 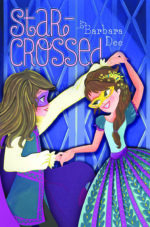 When she speaks to kids, Dee tells young writers to read lots of different things for pleasure, and to get used to sharing their work. “Develop a thick skin and take constructive criticism.”

Dee says of her own experience: “A rejection letter with feedback is a gift.”

When she was a child, Dee always thought of herself as a writer one day and she’s doing exactly that, although her journey began by teaching, going to law school, and reviewing books. And she never realized what a job writing was, its business aspect and all the traveling. It is less glamorous than kids think. But in the end Dee finds it a dream job. “I’m lucky to be able to do it. What a privilege to say this is my job even when I am having a hard day!”

Barbara Dee will be giving a talk and signing her books at the Chappaqua Library on Thursday, September 14 at 4 p.m. On October 14, 10 a.m. to 4 p.m., you can also find Dee greeting young and old alike at her table at the Chappaqua Children’s Book Festival.