Champagne, hors d’oeuvres, flowing gowns and all things beautiful set the scene at the Tamarack Country Club in Greenwich, CT on Saturday November 30th. Every detail was attended to at the highly anticipated 20th annual fundraiser to support the Maria Fareri Children’s Hospital Children’s Cancer Fund (CCF). Beauty was the unofficial theme of the night: dazzling people, décor and music filled the venue.

Cheryl Lynch, owner of Cherylyn Salon in Armonk, is known for providing luxury spa and beauty services. Her salon has won many accolades. As evident in the décor of her business and the quality of aesthetic services she provides, she is truly an expert on what is visually appealing. But Lynch’s concept extends far beyond what the eye can see. Through the passion and dedication of her philanthropic work she personifies what it means to radiate beauty both inside and out.

Over 320 people joined Lynch, and her husband and co-host Jeff, to support the CCF’s dedication to raising awareness for Pediatric Cancer and Blood Diseases. Funds raised went to support patients and their families and research programs at Maria Fareri Children’s Hospital, located in Valhalla and a member of the Westchester Medical Center Health Network.

Drinks flowed throughout the cocktail hour as guests casually mingled. When the doors to the main dining room opened, patrons were delighted by a heartwarming performance by the talented young singers from the music group One Voice. Channel 12 news correspondent Annalisa Klebers emceed the event.

Subdued elegance gave way to an upbeat vibe. The partakers “let their hair down” as a lively fashion show entertained the crowd; clothes were provided by area boutiques. Sequins, taffeta and silk filled the room. The evening was a culmination of style, community and purpose. Every detail was flawlessly planned and executed, including both live and silent auctions and a dessert buffet complete with cookies shaped like dresses and shoes.

Lynch brings the same passion to this cause as she does to her salon. She advises to “never give up…each penny makes a difference and every prayer is appreciated”. Lynch’s actions remind us that true beauty radiates from the inside.

The kindness and generosity of the evening proved to be contagious when Michael Fareri, whose family built the Maria Fareri Children’s Hospital, made a surprise donation of $30,000 which covered the cost of the event’s dinner thereby vastly increasing the funds donated to the CCF. 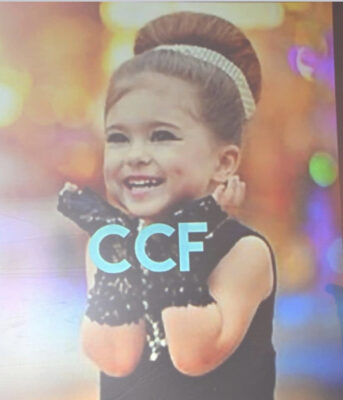 Sabra Staudenmaier resides in Chappaqua and is a frequent contributor to Inside Press publications.

There they were sashaying down the red carpet clad runway–a nattily dressed toddler strutting his stuff in a stylish sweater, a tween decked out in a tulle skirt with on trend sunglasses. A DJ played the latest hits as these mini models advanced on the catwalk while Lindsay Brooke Weiss from Coco in Cashmere, an Armonk stylist and fashion blogger gave quick bios of the models.

Only this fashion show held last month in Harrison at the Willow Ridge Country Club had a higher purpose than just showcasing the latest spring styles for kids. All of the 80+ child models representing towns from across the county were donating their clothing immediately after the show to Kids’ Kloset, a nonprofit that provides under-served Westchester County children with donated clothing and related items.

Since Kids’ Kloset was created in 2011, the volunteer run organization has provided more than 17,000 “Bags of Love” containing clothing, footwear, diapers and other baby essentials to local children. Formerly under the auspices of Westchester Jewish Community Services, Kids’ Kloset recently became a division of (914) Cares and opened up new headquarters in North White Plains this past fall. Michael Slomsky, a Vice Chairman of (914) Cares and Chappaqua resident whose daughter Megan was in the show, said the new North White Plains spot is an ideal location with ample space to showcase the clothing with low overhead.

Although Kids’ Kloset has held fashion shows in previous years, this year’s event was the largest turn out to date, according to Jessica Reinmann, chairperson of (914) Cares and a resident of Chappaqua. “I really think the partnership between (914) Cares and Kids’ Kloset is what made this year’s event such a success,” said Reinmann. The event raised more than $100K as of press time and Reinmann hopes that next year’s event will have attendees from every zip code of Westchester.

The event honored Diane Katz, a longtime Kids’ Kloset supporter and White Plains resident. During the show, attendees also learned of the dire need for essentials that some 51,000 families in Westchester face with annual incomes of less than $24,000. An attendee from Armonk, Michele Zipper was happy to have her daughter, Emery participate as a model in the show. “It’s great that she can do something with fashion that helps others,” said Zipper.

Viola Regis, a Mount Vernon resident was an attendee and her daughters, Lily and Izzy, who also graced the runway have been the recipient of Kids’ Kloset’s “Bags of Love”. She donated $100 to the organization at the gala as a way to show her appreciation for Kids’ Kloset. For several summers, her daughters have attended sleep away camps on scholarships and Kids’ Kloset has outfitted them for the experience. One attendee remarked that many children who receive camp scholarships actually turn them down because the families can’t afford the many camp essentials. “My children always have a smile on their face when they go to Kids’ Kloset and I know they help not just my family but so many others,” said Regis.

Kids’ Kloset founder Stephanie Roth was also excited at the gala to announce the launch of a “Baby Bank” this spring which will provide not only essentials like supplies of diapers for six months but also other items such as pack and plays. This “Baby Bank” and the evening’s gala illustrates just how much progress the organization has made since Roth decided to start the organization after a young mom in her community who couldn’t afford a stroller showed up at Roth’s doorstep a decade ago. 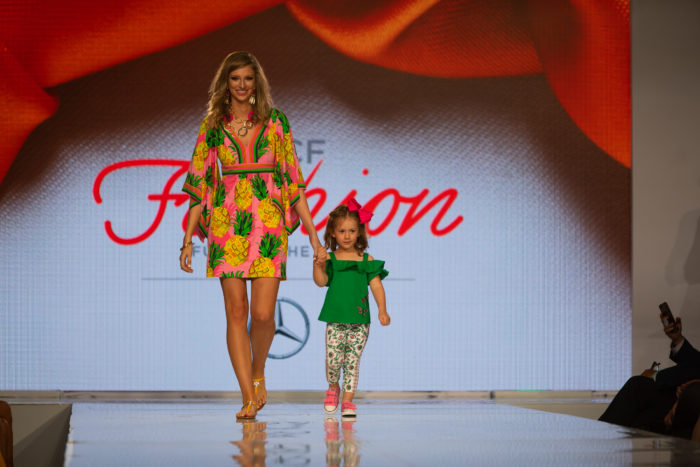 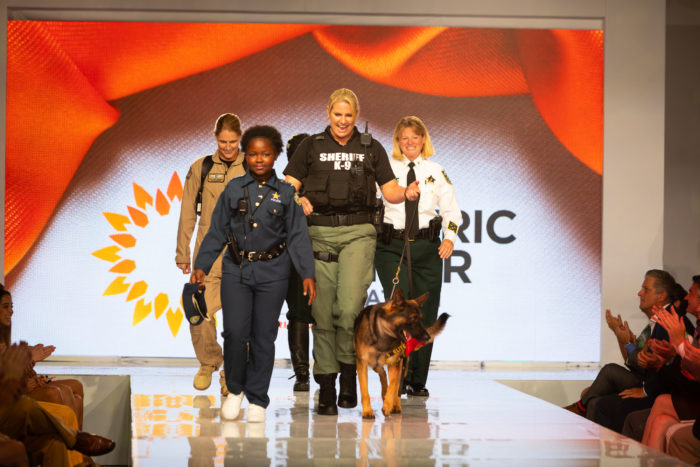 The National Pediatric Cancer Foundation (NPCF) will be holding their inaugural event Fashion Funds the Cure at The Westchester on Saturday, March 23. The Fashion Funds the Cure events started 16 years ago in Tampa at the Tampa Bay Buccaneers Raymond James Stadium. This year, they plan on having at least 13 shows across the country. The event at The Westchester will feature a fashion show, food, cocktail reception and a silent auction. The NPCF funds clinical trials by collaborating with a network of hospitals including The Children’s Hospital at Montefiore to fast-track less toxic and more targeted treatments to end childhood cancer. With 43 children diagnosed with cancer per day and more than 95 percent of those who survive childhood cancer having a significant health issue by the time they are 45 as a result of being treated with drugs designed for adults, NPCF hopes to discover safer and more effective treatments for children with cancer. To learn more about the event or to purchase tickets, visit NationalPCF.org.