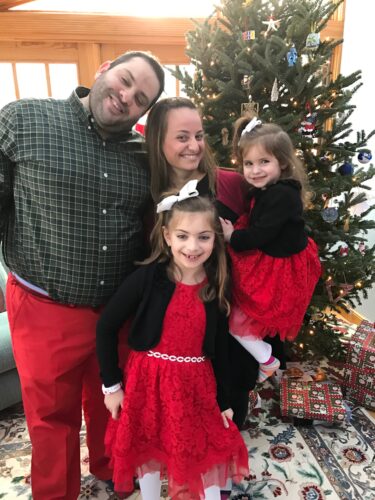 And his Efforts Devoted to Helping Local Businesses Thrive

All the merchants and businesses in town seem to know Neal Schwartz, president of the Armonk Chamber of Commerce. He can be spotted at monthly Chamber meetings or patronizing a local coffee shop. What is it about this man who has changed the business landscape of Armonk? Inside Armonk got to sit down with Schwartz and hear how he hopes to make Armonk synonymous with fun while preserving town traditions that help local businesses flourish.

A Westchester native, Schwartz is the owner of College Planning of Westchester, an Armonk-based business that helps students locally and throughout the county with tutoring, ACT/SAT preparation and college counseling. He and his wife, Dr. Arlene Schwartz, an optometrist and owner of Hartsdale Family Eyecare, have lived in Chappaqua for the past 26 years with their three children. Neal Schwartz also heads up the Northern Westchester Business Network, which provides him additional experience in running a successful chamber.

Schwartz has been involved with the Chamber since opening his business in 2004. He clearly remembers one fateful meeting in 2010 as a turning point for the Chamber, which he said was about to disband until he volunteered to take on a leadership role as President. “It was a case of: If you’ll do it, I’ll do it.” Schwartz formed a fully operating board with four of his fellow Chamber members, knowing the importance of having a team in place that could take responsibility and implement changes to benefit the business community and town. In retrospect, “it was very cool because we didn’t know if the Chamber would continue but we [ultimately] decided we have to commit to this and to the town.”

Schwartz pulls out a photo from several years ago when the Chamber was in its infancy. “The only thing the chamber did consistently a few years ago was to have sidewalk sales. There was a brochure to recruit members and there was about one networking event a year. There was no central board or consistency over time. The website was primitive and did not have any potential to quickly communicate to members and the community,” recalls Schwartz.

Fast forward five years and the Chamber has evolved into a roughly 100-member-strong organization with a clear vision and updated website. “The Armonk Chamber of Commerce, under Neal’s direction as president, has dramatically upped its game,” noted Stacy Wilder, the membership liaison at the Armonk Chamber of Commerce. “We have brought in many new members and helped them connect with our community by sponsoring a number of successful events. First Thursdays, the Donut and Cider Festival/Jamie’s Race for Love and the Citizen of the Year outing/dinner give exposure to local businesses through sponsorships and participation, and bring consumers into Armonk.” In addition, the Chamber supports other widely anticipated events in Armonk such as the Frosty Day Parade and the Armonk Outdoor Art Show.

“One of the things I’ve learned along the way is that there are actually more Chamber members that are not on Armonk’s Main Street than there are on Main Street,” said Schwartz. While the town has several long-standing and well-established businesses on Main Street, there are a host of other service industries and small businesses located throughout the hamlet that are also quite essential to its commercial success.

As a local business owner, Schwartz knows firsthand how being a Chamber member has its benefits. When a plumbing emergency faced his business one morning, he knew exactly who to call –another Chamber member, who gave him a referral for a plumber, who fixed the problem immediately, allowing Schwartz to continue business as usual that afternoon. Schwartz could have checked Angie’s List or another website, but Chamber members provide a valuable trusted support network and often refer other Chamber members for services ranging from painting to plumbing to landscaping. Similarly, at a Chamber meeting, another member had a friend in Glastonbury, Conn. looking for college counseling for their child. Although Schwartz’s business serves primarily Byram Hills and other Westchester-based high school students, his company helped that student with Skype and other online tools. “When you are part of the Chamber, you are ‘in the know’ and we can truly help each other’s businesses grow.”

“I joined the Armonk Chamber of Commerce three years ago and was immediately made to feel very welcome,” said Gordon Josey, the owner and director of Breezemont Day Camp. “It’s amazing how much work Neal and the board does to make the Chamber work. He leads in not a self-serving way but looks out for what is best for Armonk and its small business owners.”

Skip Beitzel, owner of Hickory & Tweed, noted, “Under Neal’s leadership, I feel like a Chamber groupie. Neal has helped pull together a core group of volunteers that affect a lot of things for many merchants and small businesses here in Armonk. We finally have a reason for being.”

“The Chamber has been so supportive of me,” said Connie Petrovich, owner of Armonk House Restaurant. “Their members were checking on me during construction and once I opened. We’ve even had a monthly Chamber meeting at my restaurant.”

One of Schwartz’s main goals as Chamber President is to draw customers to town and ensure Armonk is a place where families can shop locally and have fun. With the opening of
Armonk Square, Schwartz and the Chamber decided to create First Thursdays, offering art, music, in-store promotions, dining and wine tastings in downtown Armonk that occurred the first Thursday evening of each month from June through September. “Each month we learned something about how to improve the event the following month.” The event was so successful and well-received that the Chamber will expand it to five Thursdays this summer spanning from May to September.

Schwartz is keenly aware of Armonk’s heritage and what makes the town unique. “Years ago there was a cider mill on Old Route 22 that people throughout Westchester and even New York City would come to for decades with their children to taste doughnuts and drink cider. We wanted to create another event that was fun for the family so we decided to have a Donut and Cider Festival in the fall.” The festival is now combined with Jamie’s 5K “Run for Love,” a race that is held in memory of Jamie Love, a Byram Hills cross country student who passed away while studying at the University of Vermont of an undetected heart ailment. The number of race participants has increased in recent years and spectators and residents alike enjoy the donuts and cider post-race.

Another Chamber event that has grown in popularity is the Armonk Chamber of Commerce Citizen of the Year Golf Outing and Dinner at Whippoorwill Club. “The event used to be a golf outing exclusively for Chamber members but we [the Chamber] decided to start honoring an individual who has a long-standing commitment to the betterment and enrichment of the community and open up the event to the public,” Schwartz explained. “This year’s honoree is interior designer Susan Geffen, who has been instrumental in bringing theater to the North Castle library, the planning of the Armonk Outdoor Art Show and serving on numerous town boards.” The 2016 event is scheduled to take place on May 23.

One of the highlights of the town is the annual Frosty Day parade. Schwartz reminisces, “During a Chamber meeting, one of our members mentioned that the ‘Frosty the Snowman’ songwriter was from Armonk. We brainstormed and nurtured the Frosty Day idea.” Although a separate group, Friends of Frosty, organizes the event now, the Chamber first brought the idea to fruition and still supports it. “The greatest thing about Frosty is that I was walking in Armonk Square at a First Thursday event this past summer and this dad goes to his child, ‘That’s where we stood for the parade.’ Want to talk about a local hometown memory?”

Echoing Schwartz’s comments about making memories, Wilder adds, “The Chamber aims to create memories so that people will continue to come back and keep their shopping and services local.” With Schwartz’s leadership and the Chamber hard at work with the business community, look out for more memory-making in Armonk on the horizon.

Stacey Pfeffer lives with her husband and three young children in Chappaqua.  While she loves shopping in her hometown, she can often be seen frequenting stores in neighboring Armonk.