A new era for the Caramoor Center for Music and the Arts has been ushered in–from the return of in-person performances to solidifying its mission of promoting classical music and embracing a variety of musical genres. In this newest era, Caramoor’s overall vision and management falls into the capable hands of Edward J. Lewis III. As the newly appointed president & CEO, Lewis has over two decades of experience in performing arts leadership.

Lewis previously served as Vice Chancellor for Advancement at the University of North Carolina School of the Arts, where he is credited with “surpassing all annual and campaign fundraising goals.” He was the Senior Director of Development at the Clarice Smith Performing Arts Center at the University of Maryland College Park, where he led a comprehensive fundraising program.

As a professional violist, he is a founding member of Baltimore’s Soulful Symphony and a former member of the Dallas Opera Orchestra, Dallas Chamber Orchestra, Santa Fe Pro Musica, Sphinx Symphony, and Toledo Symphony.

At the helm of Caramoor’s executive team, Lewis will help chart the course for future growth, addressing emerging issues, long-range planning, organizational structure, policy-making and institutional budgeting. “To ensure that Caramoor is a place that reflects a broad and inclusive sense of community and that delights both artists and audiences.”

He first heard of Caramoor from radio broadcasts in the 1990s.“I recall the performances being of the highest caliber.” In October of 2020, when approached about the CEO position, he said yes, “Once I realized that everything that Caramoor offers resonates with me; world class music performances, nature and history.”

The return of live in-person music performances at the historic 80-acre estate highlights its 76th season. The gorgeous gardens and grounds are a spectacular setting for the intimate and world-class musical performances. Indoor offerings in the Spring and Fall are housed in The Rosen House, a beautiful and “acoustically perfect venue, a work of living history, made for music,” which is included in the National Register of Historic Places.

The upcoming music room performances include a recital by renowned pianist Stephen Hough, a Vivaldi program by the British period-instrument ensemble The English Concert led by Harry Bicket, the Isaiah J Thompson Quartet, singer-songwriter Raul Midón, who blends flamenco, jazz, and R&B to create his distinctive sound, and a wonderful Christmas program by the vocal quartet New York Polyphony. And The Holiday Tea Musicales will be back in December.

The challenges of keeping an Arts organization thriving is ensuring that it responds to the demands of the ever-evolving creativity of artists and changing expectations of audiences. “Maintaining relevancy by developing programming that helps build new audiences while maintaining current audiences will be key,” Lewis remarked. His aim is to “fully engage with the community and culture around our organization and ensure that broader diverse audiences can hear themselves in the music and see themselves reflected back from the stage.”

Being successful in promoting classical music relies on discovering ways that entice and invite audiences to participate. To that end, he enjoys working collaboratively “with a team of passionate and accomplished creatives with the goal to help make a difference in the world.”

For Lewis, being successful has meant “being truly happy and fulfilled doing what you love while also making a positive impact for others.”

He grew up in a family that appreciated music. “I remember my mom having us do household chores while listening to opera, jazz, soul, and R&B.” A sixth-grade school trip to hear the National Symphony Orchestra, helped him realize that “I wanted to make and be part of the orchestral sound, the violin section in particular.” He tried the violin and learned that he had had natural talent and facility. “From then on, I knew that that’s what I wanted to do.”

Caramoor is peerless with its Sonic Innovations program of sound art exhibited strategically throughout our campus. Not many other music venues have this combined richness of experiences. – Edward J. Lewis III

He became a violist, earning his Master of Music degree from the University of Michigan. When asked if he and his Viola might be gracing the Caramoor stage this Season, Lewis cited his many responsibilities in leading the strategic direction and fundraising efforts at Caramoor, that would deny him practice time. “However, I look forward to sneaking into the Rosen House Music Room to play a Bach suite or two in those glorious acoustics.”

And how is he settling into his new home in Chappaqua? “So far we have enjoyed meals at Crabtree’s Kittle House and Ibiza; shopping at Whole Foods, the Saturday Farmer’s Market and the occasional breakfast at Bobo’s Cafe; working out at Lifetime, and several trips to Chappaqua Paint and Hardware,” He added that he and his partner, Scott Palmer are “looking forward to exploring all that Chappaqua has to offer.”

Audiences are invited to explore the lush grounds and magnificent gardens, enjoy a pre-concert picnic, tour the historic Rosen House, and discover beautiful music. In the Fall and Spring concerts are held in the  Music Room of the Rosen House, and in Summer in multiple venues including Friends Field, the lovely Spanish Courtyard, and in the Venetian Theater. 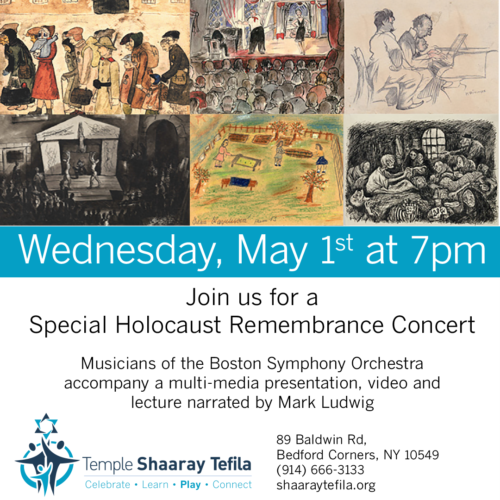