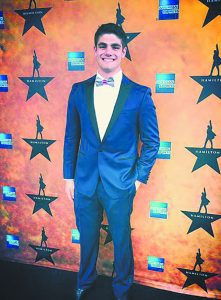 There’s no shortage of enriching and engaging cultural opportunities in and near New Castle. Here’s a taste of the available options the whole family can enjoy.

Arc Stages in Pleasantville encompasses the Community Stage, the Educational Stage, and the Next Stage. The Community Stage presents contemporary and classic musicals and dramas. The Educational Stage (Little Village Playhouse) is a not-for-profit youth theatre program. The Next Stage is the professional theatre that endeavors to present new work, edgier, more avant-garde material.
arcstages.org

An ensemble-based theatre organization in Pleasantville committed to a “vital educational experience for emerging artists. Programs for the public offered in acting and playwriting for youths, teens, and adults. Individuals who have taken part in programs may be invited to become members of the Ensemble.
axialtheatre.org
Jacob Burns Film Center

A nonprofit educational cultural institution in Pleasantville dedicated to presenting the best of independent, documentary, and world cinema. Houses a state-of-the-art theater complex, a 27,000-square-foot Media Arts Lab, and a residence for international filmmakers.
burnsfilmcenter.org

The WJO aims to promote jazz, contribute to its evolution, and advance the appreciation and understanding of this American cultural treasure. The 16-piece orchestra, made up entirely of Westchester-based volunteer musicians, composers, and arrangers, performs an annual concert series, in addition to various other performances during the year.
westjazzorch.org 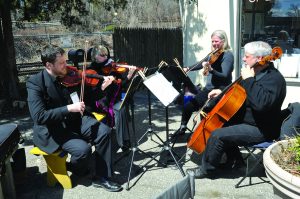 Serving Northern Westchester since 1959. The orchestra, composed of both professional and professional level volunteer musicians, performs at various Chappaqua venues. Fosters the development of new artists and smaller chamber groups by showcasing their performances or by sponsoring smaller venues. chappaquaorchestra.org   New to Chappaqua! The Chappaqua Crossing Wallace Auditorium Since acquiring the entire property from Readers’ Digest at the end of 2004, Chappaqua Crossing has made its auditorium available for public events such as community theatre, orchestral performances, award ceremonies and the annual Fire Dept. Easter Egg Hunt. chappaquacrossing.com