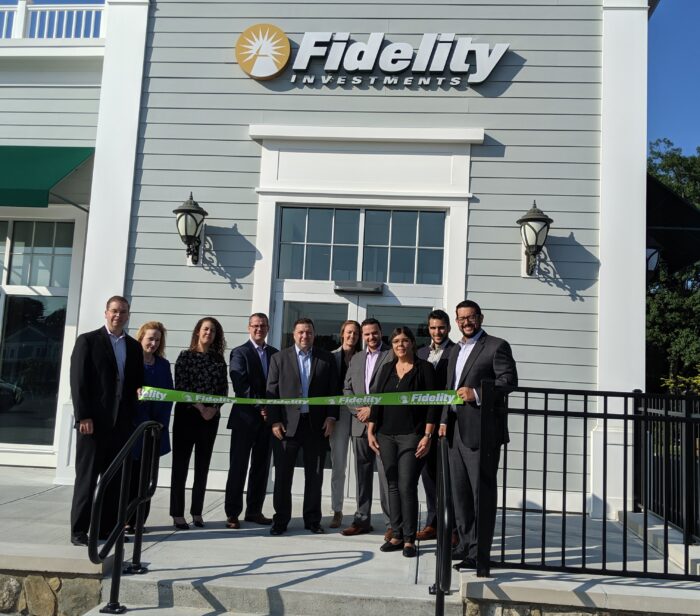 The 5,250 square feet office is a state-of-the-art facility providing area investors with access to investment guidance, as well as Fidelity’s broad array of products and services. Fidelity now has more than 197 investor centers around the country, with 19 investor centers located in the New York City area.

“Fidelity Investments is excited to be opening this Investor Center at Chappaqua Crossing, which is a full-service investor center with a unique design, driven by the needs of our clients and based on customer feedback and pilots designed to better understand what would work,” said Andrew Davison, Branch Manager of the Chappaqua office. “Our objective in designing this space was to create an inviting and engaging environment, one that provides the best possible experience for our clients.”

Fidelity Investor Centers provide clients with education, innovative technology and one-on-one guidance to help them develop strategies for a variety of financial objectives. At Fidelity’s local offices, clients can work with a Fidelity Investment professional to:

Pictured are the staff at the Investor Center, including Andrew Davison, Branch Manager of the Chappaqua office (shown, center). Andrew Davison brings more than 12 years of financial services experience to his position overseeing the renovated investor center.  Mr. Davison holds the Series 7, 9, and 10 registrations and holds the CERTIFIED FINANCIAL PLANNERTM designation.  At the investor center, he works with a team of 13 associates dedicated to helping investors with their investment needs.

To learn more about the new Investor Center and how it can help with your financial planning decisions, contact: Andrew Davison, Branch Manager at 914-215-6225 ext.54666.

1. Fidelity Portfolio Advisory Service® is a service of Strategic Advisers, Inc., a registered investment adviser and a Fidelity Investments company. This service provides discretionary money management for a fee.
2. Fidelity does not provide estate planning, legal or tax advice. Laws of a particular state and your particular situation may affect the information. Consult with your attorney or tax adviser regarding your specific legal or tax situation. 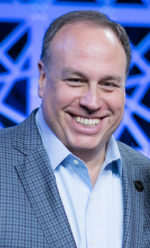 It’s almost spring and now is the time to give your finances a “spring cleaning!”

With the stock market sell off and continued volatility after record highs, interest rate increases, new tax laws and the ongoing uncertainty as to what is going on in Washington, now is the time to organize. Here are a few quick things to address to get started.

A simple review can help bring focus to your overall financial picture. A qualified Certified Financial Planner Professional can help ensure your financial affairs are consistent with your current and long-term goals and objectives. Get a strong start for 2018!

When I received the assignment for this article it certainly seemed like a perfect fit. Suburban Dad with a high school senior seeks and finds expert advice regarding the daunting reality of paying for college. I’m pretty sure my Editor was confident I was the right guy for the story because, presumably, my family was already knee-deep in the college process and must have planned ahead for this wonderful rite of passage that comes with an inevitable, and sometimes tremendous, financial burden. I eagerly accepted the assignment, self-assured that I was the Man for the job. Notably, after doing my research, I realized that I was not quite as well-informed as I believed and wish I had known then what I know now. Story of my life!

In 11th grade, as my son began thinking seriously about where he might like to continue his education, my wife and I felt strongly that our priority should be helping him make an informed decision about college. Years ago things were certainly different; I didn’t visit a single school when I was applying and, in retrospect, I couldn’t have been less informed. It’s quite possible that I may have decided where to attend college based on a sweatshirt worn by a cute girl in my class. So, this last year was absolutely fruitful in that we visited over 10 varied schools in different parts of the country, and my boy was able to find the right situation for him. Now, small deposit made, the sobering reality of paying for the privilege of his higher education has abruptly arrived.

When I walked into the offices of Raymond James in Armonk to gather some expert advice on how parents should start financial planning for college, I journalistically took the position of pure ignorance on the subject which was not much of a stretch. I met with Bradley E. Silverman, a junior partner and financial advisor with the firm, and within minutes he informed me that he not only had already enacted a college savings plan for his three year old son but also had one in place for his daughter who is not expected to join the family until she’s born several months from now! Clearly I was in  the right place and also talking to the  right person.

I complimented Mr. Silverman on his vision in planning so early for his children’s future and he modestly pointed out that college planning is part of his job and that he would be remiss if he didn’t do so himself. I told him about my family and that, while my wife and I certainly saved money over the years, we did not use any specific method or instrument for college savings. Sensitively, Mr. Silverman didn’t comment on our lack of financial vision but did proceed to inform me of a variety of financial plans that parents can benefit from in planning for their children’s education.

Mr. Silverman described several methods of financial planning for college but the one he and his family are utilizing, and that he recommends, certainly sounds like a responsible and educated approach. The 529 Savings Plan is state-sponsored and offers tax-deferred savings as well as a certain amount of flexibility that can be beneficial to the family and student. A 529 Plan offers a number of investment portfolios allocated among stocks, bonds, mutual funds, CDs and money market instruments. Significantly, in addition to parents contributing to a 529, grandparents can do so as well and, at the same time, potentially affect their estate planning in an advantageous manner. An important aspect of the 529 is that qualified higher education expenses like tuition, books and supplies can be paid for via the plan while maintaining a tax advantage. And, of course, the big picture is that if a 529 Plan is enacted when a child is small the gains from the investment will hopefully be substantial and go a long way towards paying for a higher education with very favorable tax consequences.

As we chatted, I expressed genuine amazement at the cost of college in 2015, especially private colleges. We discussed the financial advantages of state universities like the fine SUNY system in New York, of which Mr. Silverman and I are both proud graduates. I asked him about the ideal value-wise scenario for college and Mr. Silverman replied, “Financially that would be an Associate’s Degree at a good Community College and then on to a great University.” I think this pragmatic approach might be a hard sell to an ambitious college senior, but Mr. Silverman will find this out for himself as his kids mature. In any case, I was impressed with his knowledge and ability to communicate the many advantages of thinking ahead and saving early in a child’s life.

After our conversation, I felt very positive about learning more about this type of financial planning because college is a tremendously important experience and it shouldn’t have to be a crippling financial burden. I’ve given some very broad strokes but the folks at Raymond James can answer any and all questions on the subject and certainly get young parents started on intelligently saving for their children’s higher education. Not a bad idea.

Dan Levitz, an art dealer and writer, has been a Chappaqua resident for the past 11 years and has a blog on  The Huffington Post.