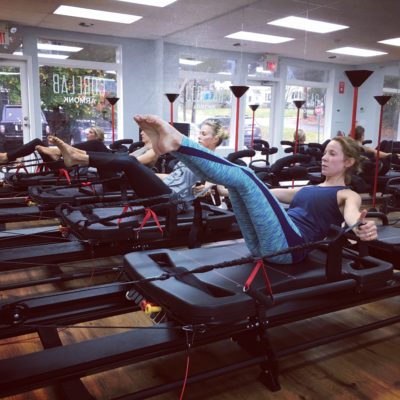 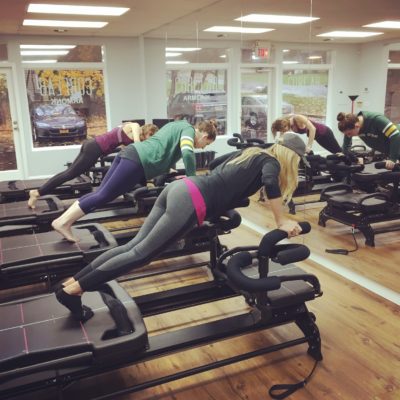 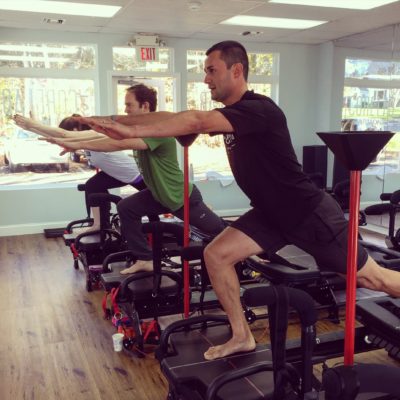 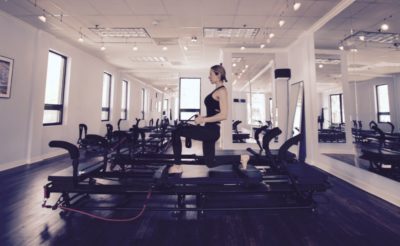 A crunch might be the most common abdominal exercise, but it fails to accomplish the two most common goals of abdominal work: protecting the lower back from injury and toning your mid-section. If you can perform one single crunch, you have a six pack. Whether you can see it, is a matter of body fat. Decreasing body fat is a function of cardiovascular exercise and sound nutrition, neither of which is addressed by crunches. Crunches may enhance the appearance of your rectus abdominus, but this comes with some risk.

To understand the risk, let’s talk about your core–which is designed to stabilize the spine. Comprised of the transversus abdominus and deep extensors, these muscles act to minimize movement of your spine. Crunches and pelvic tilts require flexion of the spine (think of slouching in front of the computer): the antithesis of stability! Repeated flexion of your spine places stress on your vertebral discs and ligaments. Over time, such cumulative stress can increase your risk for lower back injuries.

Exercises like planks and side planks properly emphasize stability of the spine. You can even work your core by keeping your stomach firm while performing other exercises, such as pushups or rows. The difference is that your ability to keep your stomach tight should be the rate limiting factor for these exercises. For example, if you can perform 15 pushups with good form, you are doing a great job of strengthening your pecs and triceps. However, if you want to focus more on your core, you would perform only as many pushups as you can with your stomach tight. If you feel your stomach fatigue at seven reps, the exercise is done because you have fatigued your core. Bottom line: There are worse things you can do to your spine than crunches, but if your goal is to work your core or decrease your risk of lower back problems, you can do far better than a crunch.

Article and Photos By Andrew Vitelli

You’ve spent the summer sitting on your couch, your treadmill collecting dust and the golf course or tennis courts frosted over. Now, with temperatures finally back in the 70s, you’re eager to spend every free moment at the driving range or on the track, enjoying the sunshine while putting your underused muscles and joints through the wringer. It’s an experience many of us can relate to and, according to Armonk Physical Therapy & Sports Training Director Robert Fay, a leading cause of injuries during this time of the year.

“If you do too much too quickly it leads to overuse injuries like tendonitis, stress fractures and that sort of thing,” Fay explains. “A lot of these injuries can be avoided if people go a little slower as they start up. But I know that it’s hard sometimes.”

Fay, who co-founded Armonk PTST in 2001, sees an increase in these kinds of injuries around this time of year. A general rule of thumb for aerobic workouts, Fay says, is to increase your workout by no more than 15 percent from your previous efforts. If you’ve only been eking out a mile at a time on the treadmill over winter, don’t try running a half marathon the first time you make it to the track.

“As the weather starts to get nice, we’ll get somebody this weekend that’ll go out and play golf Saturday and Sunday, hadn’t picked up a club in several months, and go and play 18 holes,” Fay says. Instead, he suggests, “Maybe go and just play nine holes the first couple of times.”

A large part of Fay’s practice consists of treating patients who have sustained injuries, whether minor, like Tennis Elbow or tendinitis, or serious, such as an ACL or Achilles tendon tear. Fay and his staff also, however, will meet with healthy athletes to evaluate where they may be particularly prone to future injuries.

“If you have weakness in one joint, a lot of times that’s not the joint that you injure,” Fay explains. “You might have a shoulder weakness, and then you overuse the next joint.”

Or, for example, having strong quads but weak hamstrings could make you more likely to tear your ACL (anterior cruciate ligament). Of course, getting healthy people into a physical therapist’s office to prevent injuries is a lot tougher than it is to get them in once they’ve hurt themselves. Mostly, Fay says, those who come in for preventive treatment are high school athletes whose parents are concerned about potential injuries.

“But I think it should also be done for that weekend warrior, 40-year-old or 50-year-old type person,” Fay notes.

After evaluating the athletes, Fay’s team can advise them of what exercises or stretches they can do to address their deficiencies and lower the risk of injury. And if saving oneself from a serious injury isn’t sufficient motivation, Fay points out that the weaknesses that these injury prevention exercises address can also be hurting their performance. “So that’s the key thing that I think it’s very important to get across to people.”

Fay, now the sole owner, co-founded Armonk PTST in 2001 after previously working in Pleasantville and Greenwich, Conn. His aim is to give clients true one-on-one therapy, meaning their trainers are only working with one person for the full hour.

Armonk PTST also offers services ranging from Pilates to occupational hand therapy (a full list can be found at their website, armonkptst.com). Armonk PTST’s trainers, Fay explains, have a greater understanding of injuries than a typical trainer, giving them insight when working with clients who have suffered injuries in the past.

Not all pain and soreness is injury related. Fay acknowledges that, as anyone who’s gotten back into working out after hiatus can attest, a moderate amount of soreness the next day or two can be expected. If, however, you feel pain during your workout rather than the day after, that can be a sign of an injury. Another red flag, Fay says, is if the pain is in the bone or tendon rather than the muscle.

While there’s no fool-proof way to avoid all injuries, taking precautions can make them a lot less likely. The two most important things to keep in mind, Fay concludes, are not overexerting yourself early on and addressing weaknesses and imbalances before you reach mid-season form. Otherwise, you may spend the bulk of the outdoor season rehabbing indoors.

Andrew Vitelli, a lifelong Westchester resident, is the Guest Editor of Inside Armonk Magazine.