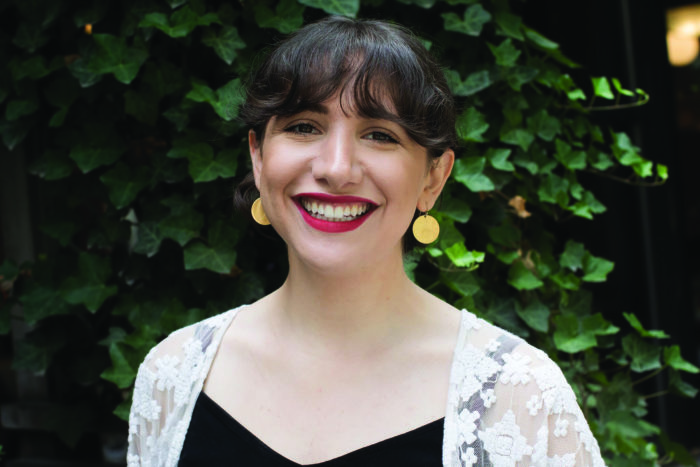 As winter approaches, the 34th Annual Friends of the Chappaqua Library Young Writers Contest will begin to accept entries from gifted student writers in the Chappaqua school district. The contest acknowledges the wide range of exceptional and inventive writers in the community and gives all students the chance to try their hand at writing a variety of genres, from poetry to nonfiction to short stories. The contest accepts student-written literature and showcases the talent of the applicants in the form of first, second and third place prizes. Winners are presented with certificates and monetary prizes, and a bound copy of all the work is placed in the stacks of the Chappaqua Library.

The Young Writers Contest is a program offered through Friends of the Chappaqua Library, a group that meets monthly to coordinate events that enhance the community’s interaction with the Chappaqua Library.  The group hopes to promote creativity and literary inspiration through the contest by “encouraging students around the district to share their writing in a more public way than just turning it in for a grade,” explained Cheryl Ehrlich, coordinator of the Young Writers Contest.

Contestants may submit one piece per category, for a total of three works. Often, students choose to submit works they have completed in school, though some choose to create their pieces outside of school. Eva Sibinga, former Greeley student and winner of the 2012 Young Writers Contest’s Fiction section, submitted her story  “A Decision at Hopewell” after completing it for her Creative Writing class. “That piece was actually the only thing I’ve ever submitted to a contest,” said Sibinga. “I regret not submitting to the YWC other years, though. I really  love the Chappaqua Library, and it felt good to participate in something that they sponsor.”

For many students who often find themselves immersed in the science and math departments in school, the contest is a means for literary expression and creativity that they would otherwise be unconnected with. “At school I’m often very focused on math and science, [but] I really enjoy English and I love this outlet–it’s my way of keeping in touch with that side of me,” said Rachel Neuburger, 2012 Honorable Mention recipient for her non-fiction piece, “Confessions of an Obnoxious Vegetarian.”

The contest has a long history of maintaining integrity in regard to its choices of winners, insisting on strict procedures writers must follow in order for their piece to be reviewed by the judges. “The Young Writers Contest has been sponsored by the Friends of the Chappaqua Library for close to 35 years, and I just carry on the traditions that came before me. I’ve streamlined certain procedures, but the rules don’t change,” added Ehrlich.

One of those rules is the “blind” policy, which insists that those submitting pieces omit their names on their writing. Should a writer’s name be on his or her entry, the panel of judges will not review the piece. “In years past, some coordinators would white out the names, but really, this isn’t fair to the other submitters who follow the rules,” said Ehrlich.

However, a new element of the contest utilizes the ease of the Internet, allowing submissions to be made online. This development was first put into effect in the 2013 Young Writers Contest, setting the precedent for the future contests in hopes of being more environmentally friendly and straightforward. Students can upload their work as a PDF to the Chappaqua Library’s Submittable account.

The Young Writers Contest encourages students to create a piece of writing to take pride in and fosters creativity and experimentation in regard to students’ writing. “It’s a really positive way to get yourself out there and get some feedback on your writing, and get comfortable with the idea of sharing your form of expression, which can be scary but is often very rewarding,” said Sibinga.

Additionally, the contest showcases the student talent that would otherwise be unrecognized. “[The Young Writers Contest] shows how much talent there is in the district, and I think it inspires students to throw their work in the mix and get involved,” said Neuberger.

Ehrlich couldn’t agree more: “It’s as much about the submitting as the winning,” she explained. “Sure it’s great to win, but the act of submitting lets you feel the value in your work. You also on some level declare to yourself ‘I am a writer.’ Writing is a life skill that lets you communicate with and persuade and move others.”

The deadline for the 2014 Young Writers Contest, expected to be in late March, will be announced shortly.

Liora Fishman is a senior at Horace Greeley High School. Growing up, she loved the Harry Potter books.