Canine companions and pet owners were out in full force last month at the 15th annual Top Hat & Cocktails annual gala for the SPCA of Westchester. More than 300 guests and 50 furry friends were in attendance with several dogs up for adoption onsite at the Ritz Carlton Hotel in White Plains. The event honorees Kim Charlton formerly of Bedford and Stephen Meringoff of New York City underwrote the entire event, helping all proceeds from the event directly benefit the SPCA.

The annual gala was conceptualized by John W. Beach, a former Mount Kisco and Bedford Hills resident and was originally called Top Hat and Tails. Each year the gala’s honorees receive the John W. Beach Memorial Award to outstanding individual (s) for their humanitarian work. Charlton and Meringoff , who recently married and own two dogs, developed a successful SPCA program called “Critter Credit”.  The program identifies shelter animals who may have difficulty getting adopted such as animals with medical conditions, are excessively shy or require more training. Through the program, individuals or families who adopt these pets receive a $250 credit, which can be applied to a trainer or to supplies at Petco or Petsmart. The program has successfully helped 190 dogs and cats find their “forever homes” since its inception.

This year the shelter has also taken in 23 cats and kittens from storm-ravaged places such as Florida, Texas and Puerto Rico. The shelter is a no-kill, not-for-profit animal welfare organization dedicated to saving homeless, abused and abandoned animals. They also protect animals from cruelty and neglect through education and enforcement of humane laws.

After the awards ceremony, a lively and entertaining auction took place with auctioneer Joe Di Mauro, the owner and operator of Mount Kisco Seafood. The auction at times was punctuated by laughs and “woofs” and took in $70,000 for the SPCA. Several of the dogs in attendance were decked out in costumes in honor of Halloween and many dined on canine ice cream courtesy of Briarcliff Manor-based Pets a Go Go.

Irma Jansen, an Armonk resident in attendance with her beagle Trooper has been involved with the organization since 2013. She spends many weekends driving dogs to help them get successfully transported to the shelter. Some dogs may have three legs of a trip and these transports are vital so that the dogs can take a break in between a long ride. She finds the work “rewarding” and thoroughly enjoys it.

Ossining resident Mary Dusenberry founded the SPCA in 1883 after she observed horses being whipped and beaten as they trudged up nearby hills to deliver heavy loads of coal. Together with her friends, she obtained land on which to build the Society’s first home and established a fund to be used to prevent cruelty to animals. The SPCA is still located on the same spot, making it one of the oldest landholders in Briarcliff Manor. 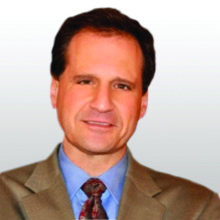 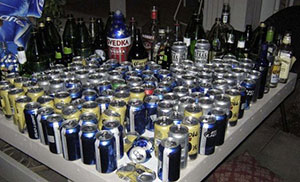 By definition, jokes are ridiculous. Some people love them and some people hate them, but they’ve been around forever, and always will be.

There are two groups of people at every party: The people in the huddle telling the filthy jokes and the people who are trying to remember a filthy joke so they can get in the huddle. Every joke has a “butt,” be it the husband or the Jewish mother or the blonde. For the humor to happen, someone has to “get hurt” to some extent, preferably someone else. Mel Brooks’ definitions of comedy and tragedy are: “Tragedy is when I stub my toe. Comedy is when you fall off a cliff.”

For reasons I’ll never understand, I remember every joke I’ve ever heard. It started in the eighth grade and, over the past 50 or so years, I’ve learned a few tricks to telling them. Subtle do’s and don’ts may make you better at it.

Only relate what’s necessary. Long-winded stories packed with unnecessary details are mainly responsible for jokes getting a bad name. Playboy’s Party Jokes are a huge offender: “The sultry young lass sauntered into a nightclub, smiling broadly, and sexily asked the bartender if he could possibly…” No! Told properly, that hodgepodge translates to: “A girl walks into a bar and says to the bartender…”

Don’t use any descriptive adjectives unless it’s to distinguish one character from another. It’s, “The first worm says,” to distinguish him from the second worm in the joke. Not “the slimy, dirty worm,” unless the description is necessary to the joke.

Save the best for last

Though sometimes you really can’t dodge them, do your best to not include any words from the punch line in the body of your joke. It just makes the punch line more fun.

And, very important, memorize the punch line. Know it well. Even say it out loud a few times so you can deliver it flawlessly with confidence and without stammering.

Here are three great jokes, with a short idea between each pair to aid you in remembering them in that order.

A woman walks into a drug store and says to the pharmacist, “I’d like to buy some cyanide. I need it to poison my husband.”

The pharmacist says, “You didn’t tell me you had a prescription.”

(Connector: The pharmacist’s brother is a psychiatrist…)

A guy goes into a psychiatrist’s office and says, “Doc, I can’t seem to make any friends. Can you help me, you fat slob?”

A guy meets a girl in a bar and they go back to her apartment. They go into her bedroom and from left to right, floor to ceiling, there’s a whole wall full of fluffy toys. Floor to ceiling, side to side, fluffy toys everywhere. They get it on.

She says, “Take anything from the bottom shelf.”

So now you’ve got a string of three great jokes. Learn them and get in the huddle. If you want more, follow me on Twitter @jackiemartling. I tweet a new joke every day. You can also e-mail me, jokeland@aol.com, and you’ll get free jokes a few times a month.

Jackie “The Joke Man” Martling is the author of several popular joke books and albums. He was the head writer of The Howard Stern Show for 15 years and currently hosts Jackie’s Joke Hunt on SiriusXM every Tuesday night at 7 p.m.

We’ll give you a number which equals the first letter of each word in a name, a phrase, an entity or an expression. Your mission is to solve what the letters stand for.

If you’re stumped, email me at jokeland@aol.com

Pulling together a May issue in the midst of 10th year party planning and festivities was no small feat…but of course, I’m sure glad I did. I’m thrilled to be prominently featuring one of my best friends in Chappaqua…Jodi Levine, owner of Jodi’s Gym… After 30 years of bringing gymnastics into the lives of families in the city, northern Westchester and beyond, she is a good friend to many, and beyond that, an incredible business woman and mentor. Happy Mother’s Day, Jodi!

A past IC cover girl, Chappaqua’s famous “good enough mother,” Rene Syler, is featured again…with all that she’s up to, sorry, but “good enough” just doesn’t begin to describe her!  And there’s also a spotlight on Dawn Greenberg.  If you haven’t heard about all the various initiatives Dawn seems to singlehandedly take on–including the spearheading of the October 5 Chappaqua Children’s Book Festival, you’re either not on social media or you’re not shopping local nearly enough!

Toward that end, we’ve produced a first time ever  pull out “Mother’s Day Must Have/Must Do” guide highlighting our sponsors best suggestions.  Carine Feist and her son Mike went all out especially in spotlighting Mother’s Day dining delights, in words and in so many pics, so very grateful for their efforts.  We also used the guide as a vehicle to support the Neighbor’s Link Festival de Primavera on May 11.  Check its back cover for details!

Here’s hoping you find this issue filled with at least half as much love that I felt at my party at Crabtree’s Kittle House on March 14.  While I churn out these issues year after year, it can sometimes be hard to tell how Inside Chappaqua is received.  So now, well after the party, let’s just say I can happily embark on a second decade of publishing with renewed confidence that this little magazine is still appreciated, internet options and all.  Have a very happy Mother’s Day.