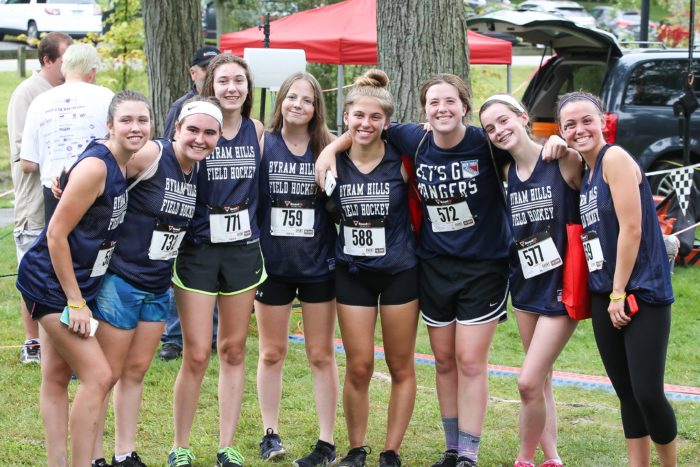 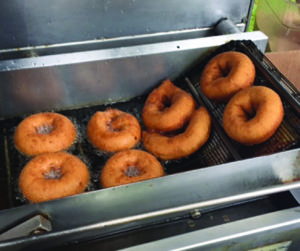 Nice weather, live music, and fresh-baked donuts brought hundreds of local residents and visitors to the 5th Annual Cider and Donuts Festival on Sept. 18 at Wampus Brook Park in Armonk.

The festival included games and rides for children and plenty of food (including warm donuts from Beascakes Bakery in the hamlet) for kids and parents alike. For the second year, the festival partnered with Jamie’s 5K Run for Love, with proceeds benefiting the North Castle Public Library’s children’s programs as well as the Armonk Chamber of Commerce. The festival merged this year with the Pre-School Association Fall Carnival. 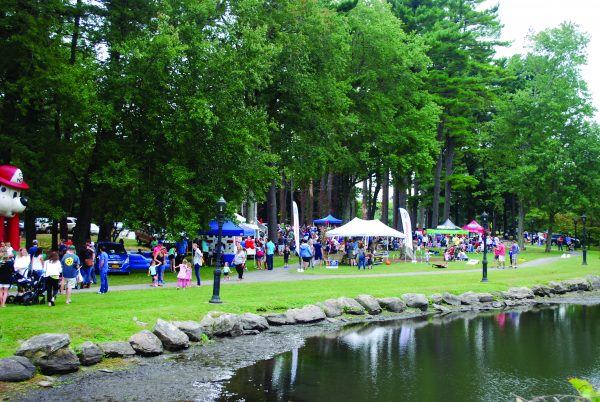 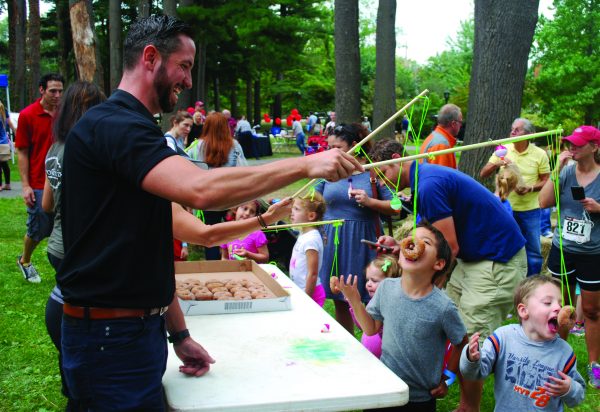 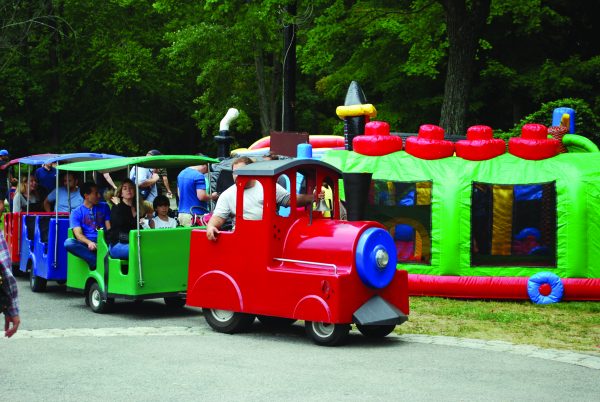 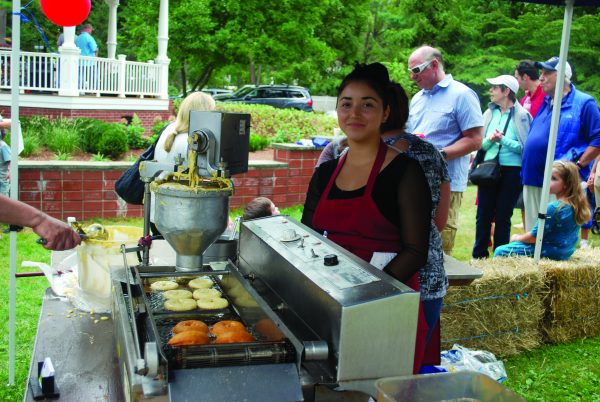 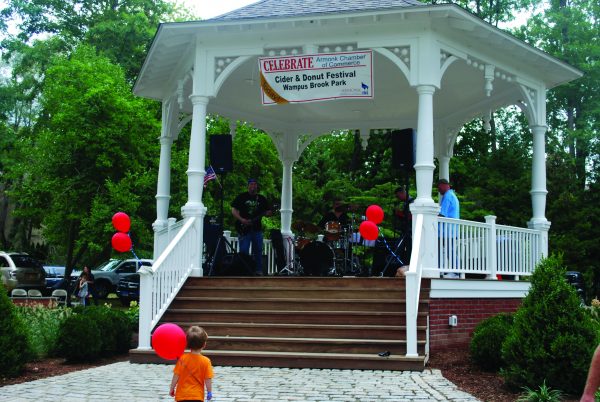 The 5th Annual Cider and Donuts Festival, previously called the Armonk Fall Festival, is coming to Wampus Brook Park. The event, sponsored by the Armonk Chamber of Commerce, will be held Sept. 18 and gathers residents and merchants of Armonk to welcome the changing of seasons and to reflect on yet another spectacular summer. 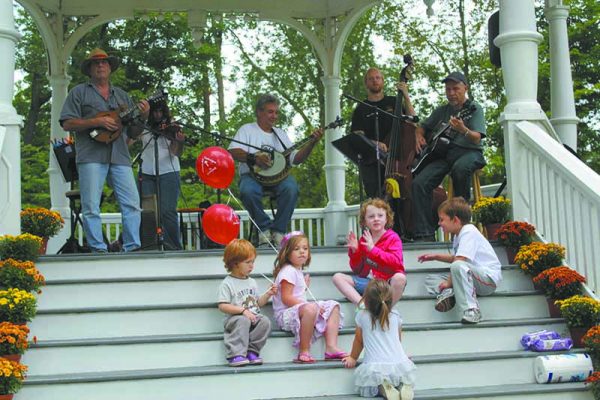 The festival, which brings together the town’s residents for a day of activities each year, focuses on Armonk’s long history as a cider and donut hotbed. Over the years, the festival has grown rapidly, with more events and more guests showing up every year. Last year was the first year the Cider and Donut Festival partnered up with Jamie’s 5K Run for Love, and the Chamber of Commerce is confident that the race’s popularity and participants will skyrocket this year as a result of the great success of last year’s festival. This year, the Chamber decided to add on another wing to the festivities, as the Byram Hills Pre-School Association and its annual carnival will join the fun. With so many activities to get through in so little time, people are excited to see what kind of impact the festival has on the small hamlet of Armonk.

“Ideally we’d like the festival to serve as a way of getting Armonk values and the people who display them out in the open a little more,” said Neal Schwartz, president of the Chamber of Commerce. “Armonk is filled with many small businesses trying to expose themselves to a wider range of consumers. The festival offers a great opportunity for these small-business owners to increase business as well.”

The festival, running from 10 a.m. to 2 p.m., is the largest it’s ever been. The fun will start with some races, as the kids will get a chance to test their speed with the Donut Dash (ages 2-8) at 10 a.m., followed by the McIntosh Mile at 10:10 a.m. After the children have had their fun, Jamie’s 5K Run for Love is set to begin at 10:30 a.m. This portion of the festival is a continuation of a popular annual event, with runners coming from all over to honor the late Jamie Love, who was a track and field star at both Byram Hills High School and the University of Vermont. This year, net proceeds from the run will benefit the North Castle Public Library’s children’s programs along with the Armonk Chamber of Commerce, so that the town can continue to run popular programs and events.

Once the festival and races start at 10 a.m., non-racing attendees can jump right into the Cider and Donut Festival games and activities. These will include donut fishing, as well as pie-eating contests and dunk tanks. The donuts, from Beascakes Bakery, will be freshly out of the oven, practically melting in festivalgoers’ mouths. To accompany the donuts, there will be plenty of apple cider to go around.

This year, the festival is merging with another popular Armonk event in the Pre-School Association Fall Carnival. This will also get underway at around 10 a.m., with rides and activities for children, as well as pizza and ice cream. The festival has become an Armonk tradition, and one that continues to grow. 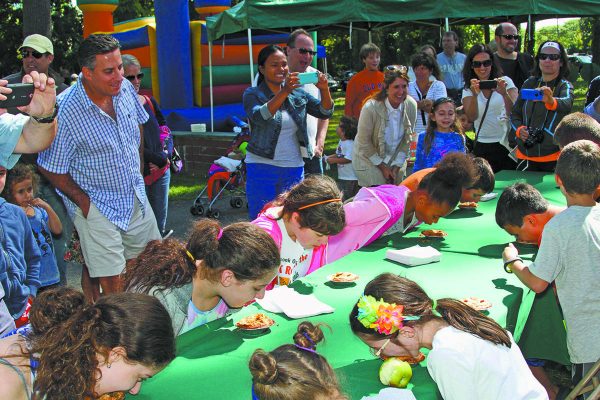 “Our first year, all we had was a couple of booths and limited activities, along with the fact that not many people attended the festival,” continued Schwartz. “In under five years we’ve been able to grow significantly the festival and the events it offers, and in turn have attracted more and more people every year.”

The Cider and Donuts Festival has quickly become one of Armonk’s biggest events of the year, as local merchants and residents of Armonk look forward to coming together as a community.