In nearly 13 years of running a magazine for New Castle, I have steered mostly clear of covering local elections save to feature on my cover and as cover stories various individuals appointed. I ran a cover story of former Town Supervisor, Democrat Jan Wells in 2005, following her election. Two years ago, I featured Robert Greenstein, Adam Brodsky and Lisa Katz on my cover, as the winners of their first and successful “Team New Castle” run here. Yet, I have a strong interest in general politics too; my first job out of Journalism School was as a politics reporter covering races in the northwest portion of Connecticut. So a years long interest has a tendency to take hold at different junctures…I ran a cover story featuring County Legislator Michael Kaplowitz following an interview with him about Indian Point, and another cover story interview (conducted together with Evan Glassman)of Senator Kirsten Gillibrand.

In Sept. 2006, I featured then Senator Hillary Clinton for a cover story interview. Finally in 2012, I featured a 10-page cover story of travels with a then Secretary of State to Africa and Turkey. All this in a general interest “lifestyle” magazine.

I outline my coverage to illustrate that I do care very much about government and have sought opportunities to include politics related stories.

Still…I have never offered a political endorsement as a local publisher/editor. This, my friends, is a first. My focus today is on who will be our Town Supervisor after Nov. 3. I am refraining from commenting on any of the other board candidates due to a conflict of interest. Eileen Gallagher, on Team New Castle, has contributed many articles to Inside Chappaqua, indeed, covering town hall before deciding to run herself, and I have a recent completely unrelated article of hers in our current edition. More fair disclosure: I had the opportunity to collaborate with Rob on a guide for the town of New Castle during the spring, a job that was completed in early July. I am no longer in his employ in any capacity but I did gain a great sense of him from the experience.

On behalf of Rob, I am finally deciding to stick my neck out, given the recent, especially nasty spike in attack style campaigning. Early on, this included a mailing that started with “Republican Rob Greenstein–Another Politician You Can’t Trust.” First, Rob is a Democrat. It was too nasty for a local election, any election for that matter, and the candidate names were not even on it. It was just signed One New Castle, with the address of the “New Castle Democratic Committee.” 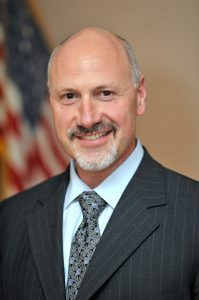 Early in the summer, the attacks commenced. All the while, the team made no attempt to offer a platform or any kind of vision. It was just attack, attack, and by mid- to late September, I could only conclude that would be the extent of their campaign. It took ‘till approximately a month before the election for their own platform to be clarified. Let me say this: One New Castle’s platform is basically fine; their candidates do have seemingly fine skills and backgrounds, and if they were not waging a battle against Rob Greenstein, a particularly stellar supervisor, I may have, as a lifelong Democrat, supported them.

Some critique of their platform:The “Saturday Night Under the Stars” sounds perfectly fun. Regarding a “Destination Playground:” Everyone agrees that residents want more recreational activities in downtown Chappaqua but the hard part is figuring out exactly what and where to put it; downtown, as a whole, needs to be studied. Rob has devoted his time in engaging the community as much as possible to doing just that. I also wonder about tax dollars being allocated for another playground when nearly half the town is empty nest, too, a topic Rob recently addressed during one of his series of Roundtable discussions. But I digress; mostly my focus is on One New Castle’s negativity. It has puzzled me and struck me as somewhat desperate.

Maybe that’s because over the last two years, I personally have been singularly impressed with an astounding list of accomplishments that Supervisor Greenstein can indeed take credit for—first launching the Chappaqua/Millwood Chamber of Commerce and introducing a fun and festive first time fall festival to our downtown, creating Millwood Movie Nights, introducing children activities and food to the summer concerts, and more. I literally watched our sleepy hamlet “wake up” the year he formed the Chamber.

Another major highlight: Rob has saved our town $3,500,000 over seven years on our new garbage contract. Plus, he has made paving our roads a major priority and it is a work in progress.

Under his leadership, we’ve witnessed an aggressive and successful, regionally lauded, campaign waged against texting and driving with his Hands off the Phone and on the Wheel campaign.

Following the Metro North tragedy, Rob showed sensitivity as a leader as our community mourned our losses and then he worked gangbusters to address the dangerous Readers Digest railroad crossing, bringing Rep. Nita Lowey and other regional leaders into town, and followed up on the improved safety measures there. He has been wonderfully communicative with his E-newsletter regularly sharing virtually everything Town Hall has going on and, as if that weren’t enough, diligently gathering stories from other New Castle news sources, including my own.

Bottom line: Rob is not someone you can accuse of wasting taxpayers money. He has devoted blood, sweat and tears to his job. Indeed I have often viewed him as our local Ed Koch, prone to seeking approval too in that “how am I doing?” kind of way. I have viewed him as our ‘can do mayor’ with a clear vision that he actually executes–efficiently and well. He has firm opinions, gets the job done and yes, perhaps gets easily frustrated by those who simply would like to see him stumble. I, for one, appreciate his long, long list of accomplishments as highlighted by writer, Marianne Campolongo. I asked her to sit down with both teams and her interviews are on this very home page and in your print editions.

Marianne did a great job outlining what each party brings or hopes to bring to the table. Both teams were pleased at her fair and objective reports. I’m now stepping into the fray with an unequivocal political endorsement to re-elect Town Supervisor Robert Greenstein because I would hate to see a most deserving (but, in some circles, sadly unappreciated) town supervisor step down. — Grace 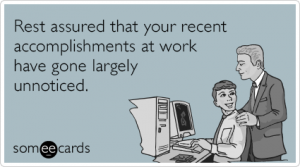 Plus a Statement from Dawn Dankner Rosen, Chairperson, Chappaqua/Millwood Chamber of Commerce*

* This statement reflects the endorsement of Dawn Dankner Rosen only and not necessarily other individuals associated with the Chamber.

“I have had the privilege of getting to know Rob Greenstein extremely well over the past eight years on both a personal and professional level. I first met him eight years ago following the death of my father, when my mother was looking to rent an apartment that would be close to my home. Coincidentally, the realtor showed her an apartment in Mount Kisco that Rob (who I had never even met before!) had recently purchased for his own parents and they then decided not to move there.

Two years later, my mother was tragically diagnosed with pancreatic cancer and died 17 months after that. In that time, I got to know Rob very well–as a kind, compassionate big-hearted man–and I will always be grateful for the generosity, respect and patience that he showed to both my mother and to me. He truly went above and beyond for us and proved himself to be a person of real character, integrity and kindness–the best person there is…

Professionally and through the work of my own public relations firm and my clients, I have thoroughly enjoyed a great business relationship with Rob as well. I believe that he is an exceptional leader–strong, decisive and proactive. I have a great amount of respect for his tenacity and determination–his zeal to move things along and get it all done. He’s not one to just talk, meet and discuss…he’s a mover and a driver.

And, in fact, there is no one that I would trust more and want to sit in that Supervisor’s chair than Rob if we were to have another Hurricane Sandy crisis or the like. I am certain that he would be in full control and communicate constantly and consistently with the community at large, and anyone and everyone in a top position to help the community recover.

In addition, Rob did a wonderful thing for the New Castle business community by creating the Chamber of Commerce and thus, a business environment here in New Castle that is now dynamic, active and interesting. As a business person himself and an attorney, Rob fully understands how businesses operate, function and thrive.

Finally, last but not least, as a communicator myself–I consider Rob to be a top-notch communications pro… He’s transparent, forthcoming, and always accessible for sure! Top all of this off with his unending enthusiasm and energy–and without any hesitation, I’d say that here’s the best candidate for the job as our Town Supervisor.”