The commemoration will feature Holocaust Survivor Trudy Album and keynote speaker Bettina Prober. Mrs. Prober, a Chappaqua resident, is the daughter of Holocaust Survivor Thomas Aczel a Survivor of Auschwitz and Buchenwald. Thomas is the late grandfather of Horace Greeley Student club E.N.O.U.G.H. (Educate Now on Understanding Genocide and Hate) member, Benny Prober. Trudy Album is a Holocaust Survivor from Czechoslovakia who survived Auschwitz. Trudy will lead the community in the memorial candle lighting ceremony together with the students of E.N.O.U.G.H.
Other speakers include Town Supervisor Lisa Katz, Westchester County Executive George Latimer, Co-Presidents of E.N.O.U.G.H. Gabe Adams and Jack Rosenberg and members of the Town of New Castle Holocaust and Human Rights Committee and student members of Horace Greeley High School’s club E.N.O.U.G.H. Other participants include Rabbi Brusso, Rabbi Jaffe, Rabbi Sacks, Cantor Ezring and Reverend McJunkin.
As Gabe Adams and Jack Rosenberg recently shared in announcing the Third Annual Holocaust & Human Rights Art & Writing Contest, “The Holocaust is a human story that is relevant to all of us.” The Town of New Castle Holocaust and Human Rights Committee along with E.N.O.U.G.H. launched this contest to inspire and educate students on the lessons of the Holocaust and how these lessons apply in today’s world. The Middle School and High School winners of the Third Annual Holocaust and Human Rights Art and Writing Contest will be announced during the commemoration. The first place winners will be sharing their winning submissions with the community.
During the ceremony the town will also be dedicating a bench at the memorial in memory of Holocaust Survivor Jack Feldman, beloved Grandfather and Great-Grandfather of the Town of New Castle Holocaust & Human Rights Committee Co-Chair Stacey Saiontz and E.N.O.U.G.H. club member Elliott Saiontz. Jack Feldman’s story of survival is featured in the HBO Documentary “The Number on Great-Grandpa’s Arm.”
The commemoration on Tuesday, April 26th at 6:30pm is open to the public. 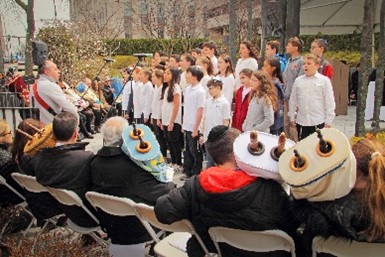 The Holocaust & Human Rights Education Center (HHREC) and Westchester Jewish Council (WJC) will host the annual Countywide Yom Hashoah Commemoration Keeping the Memory Alive on April 28th from 12 to 1 p.m. at the Garden of Remembrance on 148 Martine Avenue in White Plains, NY. The event will feature a keynote speech delivered by Alan Moskin, a U.S. Army Liberator and member of the HHREC Speakers Bureau, and there will be a procession of Westchester’s rescued Holocaust Torahs.

“This is the 30th anniversary of the Garden of Remembrance, and the memorial site enables us to come together to commemorate Yom Hashoah (Day of Remembrance) at this special place” said Millie Jasper, Executive Director of HHREC. “We are very proud to host this event with our friends from Westchester Jewish Council and look forward to being together again in person with the Westchester County community.”

This event will be held rain or shine, and admission is free and open to all. For more information, please contact Millie Jasper mjasper@hhrency.org or Pam Goldstein pam@wjcouncil.org

The Holocaust & Human Rights Education Center is a not-for-profit organization based in White Plains New York that serves Westchester, Fairfield and neighboring counties. Their Mission is to enhance the teaching and learning of the lessons of the Holocaust and the right of all people to be treated with dignity and respect. We encourage students to speak up and act against all forms of bigotry and prejudice. Their work with students and teachers helps schools fulfill the New York State mandate that the Holocaust and other human rights abuses be included in their curriculum. Since 1994, they have brought the lessons of the Holocaust, genocide and human rights crimes to more than 1750 teachers, and through them to thousands of middle and high school students. Through their volunteer Educators Program Committee, the Holocaust & Human Rights Education Center gives teachers the unique opportunity to develop programs for themselves and others. These programs not only enrich teachers’ knowledge about the Holocaust and related issues, but they   also provide the lens through which to view all other human rights violations. For more information call 914.696.0738 email info@hhrecny.org 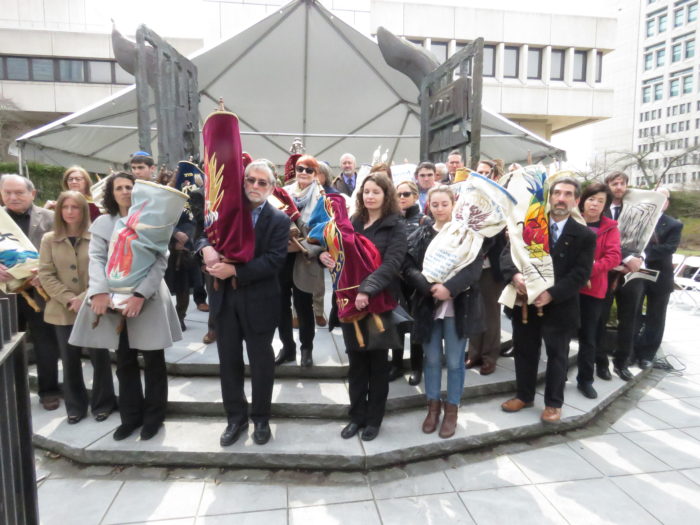 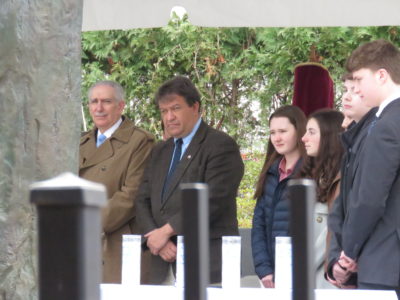 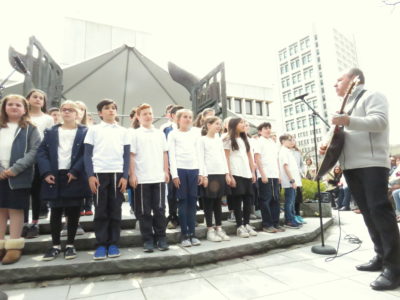 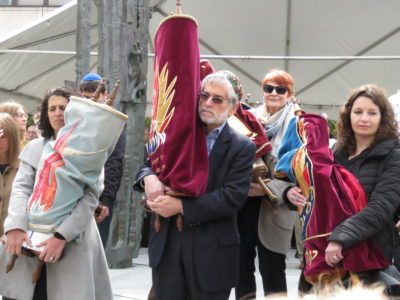 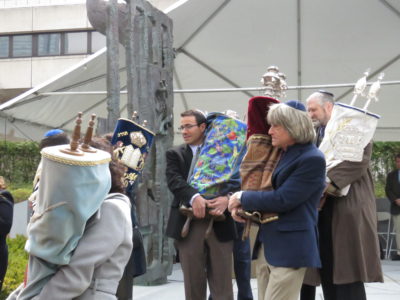