“This is just a general march to say, ‘We are all humans first, and we expect to be treated with the equality promised in our constitution.’” Katherine Siemionko, commenting about the NYC March planned too.

Like many of Hillary Clinton’s neighbors in Chappaqua and the surrounding communities, Pleasantville resident Francesca Hagadus had hoped to travel to Washington D.C. next month to for the historic inauguration of her neighbor and hero.  Recount efforts and evidence of Russian interference (as confirmed by the CIA) notwithstanding: Assuming the Electors approve the results of the election on December 19th, Donald Trump will take the oath of office on January 20th. So Hagadus, like many of Clinton’s backers, will still be making the trip. 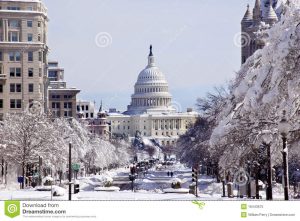 Busses from Chappaqua and Armonk would be among those coming from across the country to bring marchers to Washington on Jan. 21, the day after President-Elect Donald Trump’s inauguration, for the Women’s March on Washington. The march aims to mobilize Clinton’s supporters, and others concerned about the incoming administration, as Trump begins his term in the White House.

“The Women’s March on Washington will send a bold message to our new administration on their first day in office, and to the world, that women’s rights are human rights,” the march’s organizers write on their website. “We stand together, recognizing that defending the most marginalized among us is defending all of us.”

The march will convene at 10 a.m. near the U.S. Capitol Building, meaning those traveling to Washington from New York that day must leave before dawn. As of Monday, Dec. 12, 68 people had signed up for a bus from Chappaqua to the march, while a bus leaving from Armonk at around 4:15 a.m. had 26 riders signed up.

“I hope that it makes a statement. It shows people that we are not just going to wait out the next four years,” said Hagadus, a retired teacher in the Chappaqua school district. “We are a majority, and we want to make sure that our voices are heard.”

Hagadus may not go to Washington to make her voice heard. For locals who don’t plan on making the four-hour trip to the U.S. capital, there is an option closer to home. Katherine Siemionko, a Brooklyn resident and a professional project manager, has organized a sister march in Manhattan, with the march concluding outside Trump Tower on Fifth Avenue.

“[People] are afraid that their rights are at risk,” said Siemionko. “People want to come out and voice their opinion, and say that we support equality for everybody.”

Siemionko said she is planning for up to 100,000 people to attend the march, with marchers flying in from across the country and even from abroad to participate.

“This is just a general march to say, ‘We are all humans first, and we expect to be treated with the equality promised in our constitution,’” Siemionko said. “The goal of this is to bring the community together.”

Hagadus, who volunteered for Chappaqua Friends of Hillary and went to Pennsylvania to knock on doors for the Democratic nominee, said she plans to attend one of the two marches, though she hasn’t decided which one.

“Considering I live in Pleasantville, [the New York march] would be a lot more convenient for me,” said Hagadus. “The question is where we can have the most impact.”

Andrew Vitelli is the Editor of Inside Armonk Magazine.

Editor’s Note: We will add info on busses leaving to this article as more information becomes available.