Please join the Holocaust & Human Rights Education Center Memory Keepers GenerationsForward Speaker Series on Thursday, December 10 at 7 p.m. via Zoom in the safety and comfort of your own home.

Sandra Mehl is a first generation American who lost several family members in the Holocaust.  She tells the story of the heroic deeds of the Horner and Kellner families, who lived in Poland, Germany, and Belgium.  She shares her experiences growing up with survivors offering the message of hope for the next generations–how to shift from surviving to thriving.

Although Sandra’s story evolved from a commitment to keeping her family’s values and traditions alive and a desire to gift a unique legacy to her grandson, Zev, on the occasion of becoming a Bar Mitzvah, she is also determined to help the next generation to accept the call to action to make certain “never again.”

Sandra will discuss a family menorah that survived in her family leaving Nazi Europe.  Last year, she took the menorah to the Antique Judaica Roadshow to have the menorah appraised.  Learn what she discovered as she shares a story of the lengths some of us will go in order to put family first and foremost.

Sandra graduated from Columbia University and is a Licensed Master of Social work and practitioner of energy medicine.  She has also taught Hebrew and Global Studies in community schools.

For information and donations to the Holocaust and Human Rights Education Center, visit www.hhrecny.org

Our next Memory Keepers GenerationsForward Speaker will be Shelley Greenspan on Thursday, December 17. 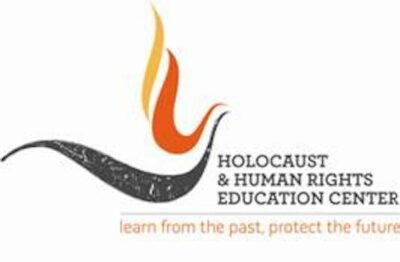 My family has been going to the Memorial Day parade before I could even pronounce the word Memorial or register that there even was a parade. I was three weeks old when our tradition began. After some growing up and a few trial and errors, we finally designated our spot at one of the many benches along the route, and soon our friends and family would too.

This year instead of arriving early at the green bench to claim our spot for us and our friends, the four of us and our dog (it was her first time attending) gathered on our white couch in the basement to watch the Memorial Day Virtual Ceremony just minutes before it began.

The 24-minute video began with Captain Peter Gaudet giving some thanks to those who put this together, those who have fought or currently fight for our country, as well as some reminders to hold on tight to your loved ones and that we as a nation are stronger than we think in relation to the current pandemic.

“We will survive. We will thrive. We are Americans. We are not American-nots.”

The usual happenings of the parade and ceremony occurred in this shortened video. The National Anthem was sung by Jordana Lichtenthal, the names of New Castle residents whose lives were lost throughout the wars and operations were read off and the story of a WWII veteran who can usually be seen waving and riding down South Greeley Avenue in an army vehicle was told.

Normally, our town “celebrities”, The Clintons, Governor Andrew Cuomo and Mr. Lange (Yes. Mr. Lange is a celebrity in my book), can be seen walking in the parade, waving and smiling.

This year, the Clintons gave short messages. President Clinton started off the remarks while sporting an oh so patriotic navy blue sweater with an American flag in the middle. Former Secretary of State Hillary Clinton wanted to reassure everyone that, despite the circumstances, they’re still here for us.

“And although we will miss marching with everyone to pay tribute to our veterans on Memorial Day, our hearts will be with all of you,” Hillary Clinton stated.

What was my favorite cameo? The Girl Scouts and Boy Scouts representatives. It immediately brought me back to my younger years when I was a part of the laying of the wreath ceremony before the parade started and when I was chosen, along with my sister, Alexis, to carry one of the flags (see above!). I also would like to give a shout out to my sister who I made carry the flag for the majority of the time despite her having to wear an Aircast for a fractured ankle. What a champ!

Now, even though I only did Girl Scouts for four or five years, I still appreciate everything that being part of a troop stands for. Was I in it for the cookies? Maybe. But did I learn a lot and make great memories that I still remember like it was yesterday? Yes. In fact, to this day, I can still recite the Honor Code.

Being able to march through town, holding up your banner and having everyone wave and cheer for you was such a cool thing to experience as a young kid. That goes for those who march with their AYSO teams and other organizations as well. I think that is the one thing that is the biggest loss from not having the parade.

When I was 10, I was smart enough to realize that snacks would make the parade that much better. So, a system was made where I would go to Dunkin Donuts and get Coolattas and a friend would go to Rite Aid and get candy. Now that those two places are gone, I’ve been making it through the parade snackless–hard, I know. But I’m a grown up now and can do it.

As I got older, I started to recognize the same faces every year sitting in their lawn chairs in front of different stores. It was fun for me to also spot my friends who were marching with their instruments. It was like Where’s Waldo, only harder because they were walking.

Some of my friends from high school would go and maybe we would see them at one point, but to me this has always been a family thing. Rain or shine, we are there. Standing or sitting at our spot.

The parade after my freshman year of college was more meaningful because I was now seeing people that I hadn’t seen in a long time and after many changes throughout the year it was comforting to come back home and have something traditional and constant to look forward to going to. I felt safe to be back in my bubble.

Talk about a bubble–what could be more safe than your own home? Although it was an unorthodox way for us to spend the morning, there was something warm and comforting to be felt while listening to Taps being played in my basement surrounded by just my family.

Captain Gaudet had said, “With crisis always comes much confusion, but also in crisis, there are moments of great clarity…”

For me, the clarity in this situation is how lucky I am to have had something that has created so many memories over the years, and that although this year was like no other, it will just make the next parade that much more special.