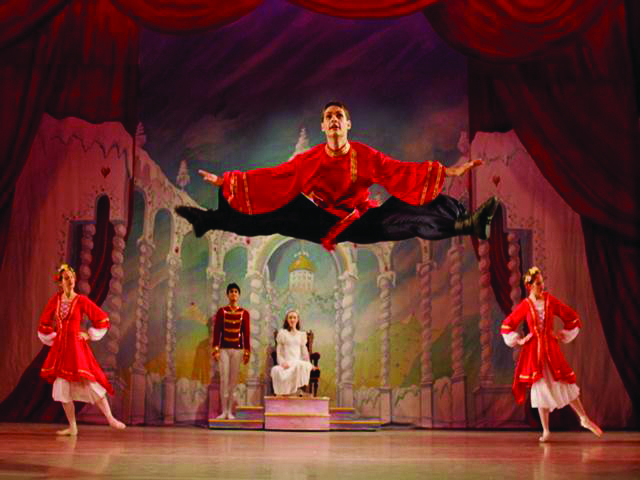 When I started ballet in the 3rd grade, I was immediately thrust into the two worlds of dance: the world of practice and the world of performance. Practice consisted of endless classes and day long rehearsals where skills could be honed in the privacy of a studio. Mistakes were acceptable but promptly corrected and mastery of technique directly correlated with hours of hard work.

Performance, on the other hand, was different. The music enveloped you, bright lights illuminated you and as you look out on the dimly light audience between movements of carefully set choreography you realized there were hundreds if not thousands of eyes in the room…and they were all looking at you.

And while many people think dancers perform only for the applause, the truth is we perform for the intense, adrenaline-filled rush that accompanies successfully completing painstakingly practiced movements while under extreme pressure.

Although we practiced for months at a time leading up to our shows, inevitably every performance comes with its set of unforeseen errors. Props get dropped, people fall on stage, someone stands on the wrong mark, backstage lighting malfunctions, music starts too early or too late (or recently for our Snow Scene not at all!), but it is in those moments of chaos where true performers shine. Maintaining a calm demeanor when your heart is beating out of your chest, thinking up quick, effective solutions to unexpected snafus, and emotionally dealing with the embarrassment of a mistake cannot be learned in the ballet studio; it can only be learned on stage.

When I hung up my ballet slippers in 2011 after 13 years of dance, I felt a void in my life where performance had once lived; the adrenaline-filled moments I experienced on stage were gone. I resigned myself feeling this loss as the inevitable punishment for those who walked away from dance. But then, in my third year of medical school, I rediscovered the excitement in the most unexpected place: the operating room (OR).

In the OR for the first time, I felt an implacable but eerily familiar feeling. Scrub techs and circulating nurses were busy ensuring the surgeon had proper lighting and securing the patient to the OR table. After the patient was placed under anesthesia and covered with sterile drapes the room quieted as the surgeon and his residents entered. They gowned/ gloved up, the room lights were dimmed, the OR lights were turned on, and it hit me; I was at a performance! The OR had lights, cameras, a stage, and audience members. Principle, soloist, and corps dancers were replaced by surgeons, residents, and medical students. Each surgery had a carefully laid out choreography that required precise technique, impeccable timing, and hours of practice before show time.

In those early moments of my surgical training, I realized the gift ballet had given me–the gift of being able to perform. Thanks to years on the stage, it came naturally to me that I could think quickly while under the OR lights, improvise when something was going awry, and keep a calm demeanor when my heart was racing. In the Operating Room, confidence saves lives, and yet again, the confidence that my body would perform as I wanted it to under intense circumstances was there from day one.

To feel sure that you will actually help someone by cutting them open, inflicting wounds onto their bodies–which in any other setting is considered assault with a deadly weapon–and to believe after you have pieced them back together they will be better off (than if you had never touched them in the first place)…these are not convictions that can be learned in the library.

There are so many pieces of my life I am eternally grateful to dance for giving me: the best moments of my youth, great friends I still love seeing, a work ethic which got me through medical school, and the ability to thrive under the pressure of the OR.

Former dance students don’t say this enough to their instructors, and certainly not years later, but to Mr. Logrea, Mrs. Logrea, Nick and Carol, thank you for all the lessons and time you spent with me, I truly believe I am a better doctor and a better surgeon because of all of you.

From 1997-2007, Ari Bransdorfer, currently a first year Ophthalmology Resident at Montefiore Medical Center/Einstein College of Medicine, studied dance at Ossining’s Logrea Dance Academy www.logreadanceacademy.com  He returned as a guest dancer in 2008 and 2010.