A Key Message from those Gathered Today: “Vote Them Out”

White Plains, February 18–“I am still trying to process the fact that we escaped the largest shooting massacre in U.S. history.” These were the first words I heard as I leaned in to listen, joining a crowd filled with several hundred activists, public officials and concerned citizens, many holding pointed signs and breaking out in chants such as “Vote Them Out” or “Shame on Them” condemning the NRA or politicians who have been bought by them or who have otherwise failed to act.

The rally–organized in response to the Valentine’s Day massacre at Marjory Stoneman Douglas High School in Parkland, Florida that left 17 students, a coach and teacher dead–called for a battle against stagnation and corruption in the fight for greater gun control on a regional, state and national level, too.

The words were from Erin Fuller, a 30-year-old survivor of the October 1, 2017 Las Vegas massacre, which killed 58 people, and injured nearly 500 more. Invited by the rally organizers, Fuller, in her first public address since the Vegas shooting, described a wave of nausea which caused her to leave the concert premises with her fiancé in search of a bathroom. Later leaving a hotel lobby, the two stepped outside again to listen to the music when they heard the pops…

Fuller continues to cope with a ‘flood of emotions.’ “Every night I close my eyes and hear the gun shots and think of the lost lives of those beautiful people.”

“We can no longer sit by and wait for politicians to create change,” she later added.  “18 shootings this school year… This is American Carnage and it is unacceptable.”

Her comments and those of other speakers in front of the steps of the white shingled Westchester Republican Committee Headquarters on Mamaroneck Avenue encouraged voting out those who have consistently voted against gun control and reform measures. The failure to ban the AR-15 assault rifle used in so many shootings including Las Vegas and Parkland was a focal point today too. 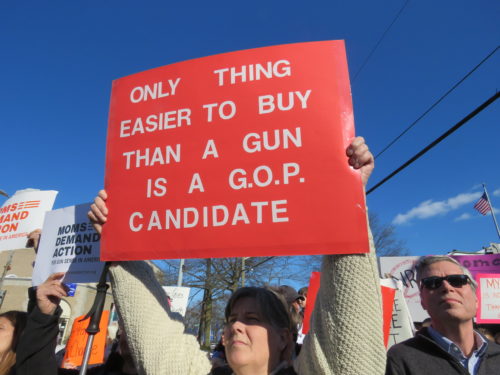 Cars honked and passerbys hollered in support of the group, a rally that had been quickly organized by Indivisible Westchester, Up2Us and the Million Mom March, Northern Westchester Chapter in response to the Parkland shooting.

Shelly Mayer, a Democrat running for a seat in the State Senate, described gun control bills and bills for research into gun violence that are being blocked from reaching the floor of the state Senate. Recently elected County Executive George Latimer’s success in banning the Gun Show at the Westchester County Center, she said, shows that “we can get out and organize and elect people who reflect our values. Saving lives should not be a partisan issue.”

State Assemblyman David Buchwald recalled, “This is not the first time we have gathered on this issue.” Buchwald had won against a Republican incumbent five years earlier, following Sandy Hook, running on a platform strongly against gun violence. Buchwald co-sponsored and passed the New York Safe Act, “which has helped put New York on the path to a safer state. Connecticut followed, but far too few places have taken the lead since,” he said.

From Yonkers Majority Leader Michael Sabatino: “In the last election, only 18% of voters showed up to vote….That’s not acceptable… people died for the right to vote.”

A spokesman on behalf of U.S. Senator Kirsten Gillibrand implored everyone to make sure they come out to vote to help protect Americans. 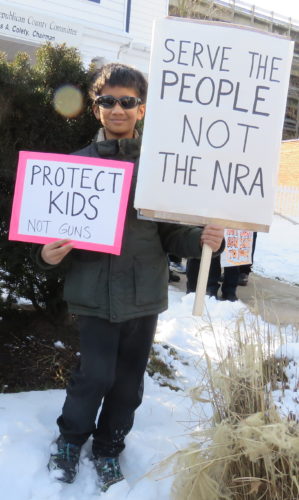 Fuller had added that stricter laws were also needed to protect citizens “from persons clearly needing treatment and exhibiting wild and predictive behaviors,” and described herself as infuriated by the ease at which the perpetrator was able to pick up weapons. 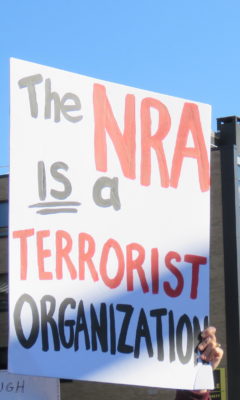 “I am sick and tired of this country being reactive rather than pro-active,” she said. “Every citizen needs to step up to the plate… See something, say something before it’s too late.”

Regarding the AR-15 assault weapons employed by shooters, in a separate interview with the Inside Press, Fuller stated: “I don’t understand why any person would need access to a military style weapon. I can’t wrap my head around that.  It blows my mind. In Florida, you can’t rent a car till you’re 25 but you can buy an AR-15!”

She spoke of her admiration for “the kids standing arm in arm in front of the school” in Parkland.

“It doesn’t matter how old you are,” she said. “This issue transcends gender or age; it’s life or death with children being shot and killed just for going to school.”

Following the rally, Jessica Meller, co-president Million Mom March Northern Westchester Chapter, noted that the outrage of the crowd was palpable. “Of the many protests and marches I have attended, I’ve never seen this level of anger and determination.” 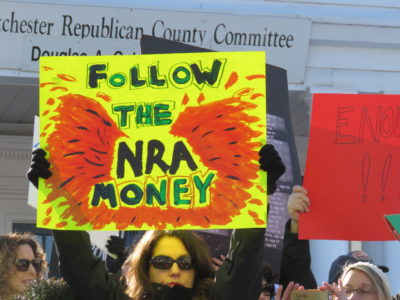 She said the youths from Parkland “who are demanding legislative 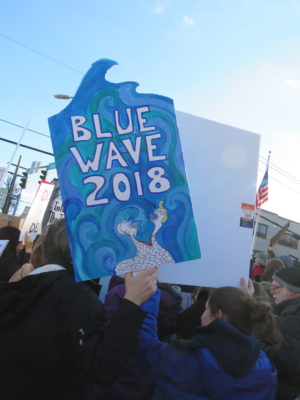 “Actually, it’s very simple: Kids do not want to be shot to death in school, or anywhere for that matter.  They are going to be a force in the upcoming elections, literally voting for their lives.”

Molly Greece of Indivisible Westchester reminded that it comes down to money for the NRA and money for gun manufacturers. “We need solid laws in place so we can sue them,” she said.

“We felt we had to do something this week,” said Iris Weintraub Lachaud of Up2Us. “This was our answer to ‘your thoughts and prayers.'”

Barry Graubart, a regional director for Moms Demand Action for Gun Sense, noted the upcoming March for Our Lives event on March 24; a student and teen led march in Washington D.C.  “We’ll be helping with regional events in conjunction with the kids from Parkland.  “It will be an amazing opportunity for teens and students to have their voices heard on this.”  Visit marchforourlives.com

Meanwhile, asked how she keeps going, Fuller answered that despite “the grief that still bubbles up, I have no choice but to be optimistic.  If I fall into pessimism…I’m not going to heal. The only path to healing is to believe that things can change.”