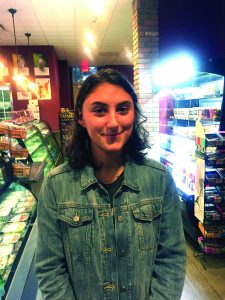 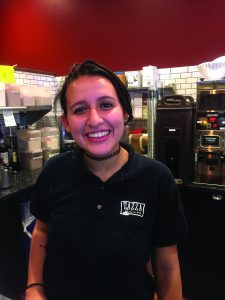 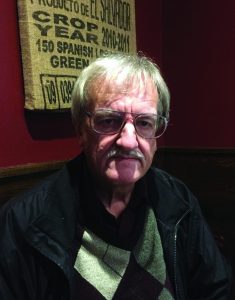 Many first-time parents realize quickly that honesty is not always the best policy. Situations with children arise where it’s just sensible and prudent to deny them the truth which, if told, may cause fear, anxiety, or any reaction a parent would want to avoid. For example, think of all the kids comforted by their dog or cat going to that idyllic farm upstate. You know, the one with the pet-loving owners with acres of golden sun-soaked fields for Socks or Trixie to romp in unencumbered. Eventually children may catch their parents playing with the truth to be kind: “Mom, why do you now say Aunt Roberta looked like a stuffed sausage in those jeans when you told her she looked cute?” We explain that sometimes in life one may have to be a little dishonest simply to not hurt another’s feelings. The discussion of The Little White Lie can lead to an important moment in a young child’s maturation as they come to realize a rule like “Lying is wrong” absolutely has exceptions. This may be the moment where a child learns that life is not as simple as black and white.

The presidential election is about a year away, but the fun and games have already begun in earnest. Before the leaves of 2015 began to turn, mud had already been slung, party saviors self-appointed and political debate is in the air. I have strong opinions about issues, policy and, most of all, candidates. Believe me, I could go on and on about this candidate who, for many, is refreshingly not politically correct (and, to others, a vulgarian) or that candidate who some see as the latest representative of an exhausted political dynasty (and, to others, a nation’s savior whose turn has finally come ’round). However, when talking about politics, especially with friends, neighbors and relatives, I know from hard-learned experience that a Little White Lie of silence is generally the best policy. And, believe me, I’m using imagery of children with this type of lying quite intentionally!

Years ago, we had a dinner party where a college buddy of mine aggressively offended just about everyone with his political bombast. From fried calamari all the way to the appropriately flavored blood-orange sorbet, our friends felt assaulted. That night, I learned the sanctity of the seating chart and, more importantly, how one must tread cautiously in the context of politics and personal relationships. An even greater lesson was to just keep my mouth shut. You see, I agreed with everything my friend said, but by dumb luck or a rare sensible instinct on my part, I somehow kept my opinions locked down.

Let’s say I’m on line at Lange’s Deli to get my ham & egg on a roll, and another fellow starts with the political chit-chat. The specifics are irrelevant. I go into full political Omerta. I never thought I could truly identify with the characters from Goodfellas, but, in this scenario, De Niro was right about the most beautiful thing in the world: “Always keep your mouth shut!” Especially if the person next to you wants to get into Hillary, Jeb, The Donald, Guns, Gay Marriage, Obama-care, Bernie, or Carson. Or maybe The Godfather had it right when he said, “never tell anyone outside the family what you’re thinking.” I have to admit, it’s not at all bad feeling like a connected guy in these otherwise mundane scenes from real life.

When basketball immortal Michael Jordan was at the peak of his playing days, he was asked to endorse a Democratic African-American candidate from his beloved home state of North Carolina. His Airness flatly refused, and infamously explained that “Republicans buy sneakers too.” At the time, I felt disgusted and betrayed. The cynicism of his response was crass and shocking. I think for many people, that moment destroyed his image of something more than just an athlete/businessman. However, I can’t help but think that if he had just kept his mouth shut about his politics (or lack of political commitment), he might have maintained the transcendent high-regard he’d experienced up to that point. Eiether way, there is power to be gained from the restraint of keeping it to yourself.

I’d be remiss to at least not touch on social media in regards to political discussion. Ugh! I’m something of a lurker, keeping virtually quiet, but the “discussions” there are just astounding and often times vicious. Between memes, links and video, what used to be just a vigorous verbal debate can now devolve quickly into a full blown multi-media personal attack. I think the false feeling of distance provided by typing in your underwear allows people a frankness and directness that, in real life, would be amazingly inappropriate. Again, I urge restraint and civility, especially when online.

It may sound counter-intuitive or passive to deny expressing one’s opinions when confronted with a conflicting view. As a young man, I would never back down from any kind of discussion especially if my sensibilities were offended. However, the idealism of youth tends to mellow towards a more realistic perspective; one forged to make it easier to just get through the day and simply avoid those inevitably unwinnable political debates. The political, issue-oriented milieu is not one that results in agreement or positional adjustment. Now, if you’d like to debate Yankees vs. Sox (not this year!), Beatles vs. Stones (not easy) or evolution vs. creationism, I’m right there ready to go. Well, then again, maybe not that last one!

Dan Levitz, an art dealer and writer, has lived in Chappaqua for 12 years and has a blog on The Huffington Post.