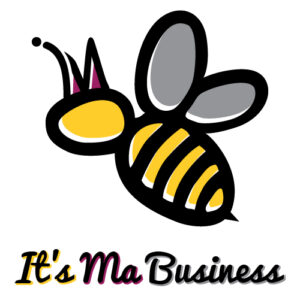 The Moms of It’s Ma Business are looking forward to leaving their homes.  Here are a few reasons:

10) So I can see my patients outside the hours of my child’s sleep schedule (Rebecca A. Harmon, Psy.D., Licensed Clinical Psychologist)

09) I CANNOT WAIT to hug, laugh and celebrate in person with friends and family (Lisa Katz, Law Offices of Lisa S. Katz PLLC).

07) Looking forward to gathering a large crowd around my table to toast to our good health!   And to being able to travel again. (Jackie Polikoff, Courtyard Travel)

06) I have become a short order cook, a laundromat and a barber all before 9 a.m.!!! I miss being a Moober driver! (Kathryn Weinberger, Beauty Releaf)

05) To my kids being able to socialize and get back to their normal schedules. (Jodi Baretz, LCSW, Mindful Mindset Coach and Therapist)

04) I’m excited to get the chance to walk through town, do my errands and run into old friends that I haven’t been able to see for such a long time!  (Debbie Lieberman,  Let’s Sort It Out By Deb)

03) Stop cleaning up in my kitchen 10 times a day! (Karen Graham, Discover Peach)

From our families to yours, we wish you and yours safety and well-being.  Happy Mother’s Day!  Visit all the moms of It’s Ma Business on Facebook  https://www.facebook.com/Its-Ma-Business-515394522192063 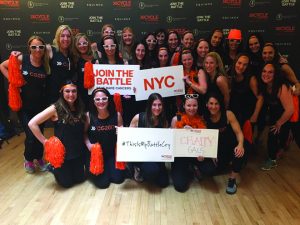 If you are looking for a place to call home, and a cool home, too, Armonk, NY, well, defines cool.

Consider the summer’s First Thursday event supporting residents and their families and North Castle merchants alike. From coverage of entertainment in gorgeous Armonk Square, it’s clear that smiles were in no short supply. You can always catch our coverage too on Facebook via the Inside Chappaqua and Inside Armonk Magazines Facebook biz page; I’ll typically share my news with “Armonk Moms” too, which I know many follow. I know I don’t want to miss the last First Thursday on September 3rd; and look forward to what next summer brings.

“Save the date” events are always wonderful, but for the “everyday” and to fill leisure time in between, consider a hike,  perhaps with a friend or your significant other to clear your mind or solidify a bond. We are happy to bring you a “keeper” of a story highlighting the wonderful nature offerings in North Castle–great places to walk and hike on a beautiful fall day, perhaps.

I’m especially thrilled we can also point the way to “hidden gem” playgrounds galore. My own kids are 19 and 23, but memories of playground time with them will never leave me. A dear friend and I (“Sue” now lives outside of San Francisco), called ourselves “the Playground hoppers.” We’d pen in dates for our two- year-old boys to “find a new one” locally or venture elsewhere in Westchester. Each playground had its own unique “personality;” a visit was an adventure that would reenergize us, and to the kids, mini vacation! The boys grew closer, and so did we. We’d pack sandwiches, juice, water…and GO!  Before you know it, your littlest ones will be boarding the kindergarten bus, and carefree playground odysseys will become fewer and more precious.

If you are already “past those years,” we’ve got “back to school” well covered, too, with a profile of Superintendent Donohue and a close up of the BHPTSA. A look back at a fundraising walk for the amazing Sunrise Day Camp and a story about an exceptional camp for your youngest rock stars help round out the issue too. Enjoy! — Grace