The Armonk Players (the “Players”), a true embodiment of high-quality theatre and community participation, is Armonk’s local community theatre group, which has been putting on productions at the 186-seat Whippoorwill Theater Hall adjacent to The North Castle Public Library for more than 22 years. Staging two full productions every year, one of which is a musical, along with free staged readings, the Players offer a plethora of opportunities for people to see great theatre, perform in shows, or work behind the scenes.

The Players was the brainchild of three longtime Armonk residents, Barbara and Hal Simonetti and Susan Geffen. Geffen’s and Mrs. Simonetti’s friendship developed in the 1980s when they were both living in Tokyo while their husbands were on work assignments for IBM. Simonetti, whose passion had always been theatre, was directing a staged reading for the Tokyo International Players, and asked Geffen, an interior designer by profession, for help with producing, staging, and costumes. Geffen loved the experience and there began a great friendship and shared love of theatre.

Upon returning to Armonk, the women learned that the library was adding on a theatre complex to the building. Once it was built,  they decided they needed a community theatre group. “My husband Hal, Susan and I sat in my kitchen and said ‘Let’s put on a show!’ and that’s how it all started,” recalls Simonetti.

“First I thought it was a crazy idea because even though we knew about theatre, we didn’t know about the making theatre end of it,” says Mr. Simonetti. “But after we started it, we found that out of the woodwork from every direction came people who were interested in it. We gave them an opening and in they came.”

The Armonk Players is sponsored by The Friends of the North Castle Library (“The Friends”), a non-profit organization whose mission is to raise money for purchasing “extras” for The North Castle Public Library. One of the Friends’ biggest fundraisers is the annual Armonk Outdoor Art Show, which benefits the library and the Whippoorwill Hall theatre. Geffen was on the board of the Friends and was instrumental in arranging the early funding for the Players.

“When you have a theatre group, you need an angel and there was the magic confluence of the Friends having as their mission to bring culture and education to the community, having a theatre, and putting together a theatre group,” explains Geffen.

“We’re very blessed to have the facility that we have at the library and we’re extremely blessed to have the Friends be our patrons and supporters – that’s an unusual situation and a very lucky one,” says longtime Armonk resident Rodd Berro, board member and former president of the Players. Berro, who is the president and co-owner of Pegasus Asset Management, has been involved with the Players since performing and doing lighting for them in their very first show.

Let’s Put on a Show

For that first staged reading, the Players chose 84 Charing Cross Road, a play about a writer and an antique bookseller, for its literary focus since the theatre was at the library. Mrs. Simonetti played the lead and Mr. Simonetti directed it. It was a community effort from the very beginning.

“For the set, we took furniture from people’s houses… a desk, bookcases, books, an old fashioned typewriter… Everybody involved brought something from their home,” remembers Mrs. Simonetti. “Everyone that came out that day, either in the show or doing tech or costumes or props for the show, ultimately stayed as long as they could over the years to help us with all the shows we did.”

Current Artistic Director Pia Haas was brought in as a director soon thereafter to direct Lovers and Strangers and has stayed on ever since to help any way she can. She currently handles publicity for the Players in addition to her role as Director of Press and Public Relations at Westchester Broadway Theatre.

“I was immediately accepted as part of the family and it really was a family at that point,” says Haas.

“We supply good theater to the community –remember, we are within a stone’s throw of Broadway so in order to get people to come, there have to be a couple of reasons and one of them is to see your friends and one of them may be the price, but at the end of the day you need to put on quality performances,” says Berro.

“I think we’ve achieved a quality that is kind of remarkable for a community theatre. I think our shows have really high quality productions and we pride ourselves on that,” says Haas.

“Many of us go into New York to go to the theatre. It can be a multi-hundred dollar event–we are either taking a train or driving a car in and paying fifty dollars to park, we’re going out to dinner, we buy tickets, and we get home after midnight.

“Here, you can go to the theatre within 10 or 15 minutes, you don’t pay for parking, you’re home by 10:30, and you’ve seen excellent theatre,” proffers Geffen.

It takes an enormous amount of effort to put on a show. The Players are grateful for all their devoted helpers and are always looking for more volunteers. From early on, they were lucky to have Haas and Christine DiTota, both experienced directors, on the theatrical side. Berro, besides his contributions as a leader, on the board, and on the stage, was critical in setting up lighting for the shows. Berro’s father, Nat Berro, designed and supervised the construction of authentic-looking sets.

“Some people have been with us for 20 years…Phyllis Sederbaum, Ann Nisenholtz, Ron Aaronson, and others…these are stalwarts whose lives have been affected by this. It’s a successful cooperative community effort that’s longstanding. Not too many of those around,” says Mr. Simonetti.

“One of the biggest challenges is finding volunteers. Everybody enjoys the acting part but finding people to do the work–from the backstage to the lighting to building the sets and taking them down to getting props and costumes to just being in there to organize–the people that do this are the unsung heroes and the unsung volunteers,” says Berro. “It’s a challenge but it’s always wonderful when new people come in. The challenge creates an opportunity to meet new people and to have new ideas.”

“We really need more people to do this; to make an investment in the town where they live,” says Geffen. “I love this town and made a decision to bring in a theatre group and get involved wherever I can. I get back so much more than I give. I have met the best people because the volunteers are always the best people.”

“For me, personally, it was the start of getting involved in volunteer work and community spirit. Even though I had a love of theatre, having a BFA from a conservatory, and it was wonderful to get back into theatre, what it did most for me is allow me to recognize the importance of community outreach to make the community stronger and better through the arts and through other volunteer organizations,” reflects Berro. “It was also wonderful to have my dad, who is now 97, involved. He built some wonderful sets over the years.”

Their next show, Baby, a musical comedy, is scheduled to run for two weekends beginning May 10th and promises to be a great production. The musical with a book by Sybille Pearson and music by David Shire and lyrics by Richard Maltby Jr. first ran on Broadway in 1983. Poster design and graphics for the show were provided by generous volunteers, Janet and Rich Ferrante.

“Baby is a very relatable story about three couples all in different age brackets who discover they are all pregnant at the same time. The music is fantastic and the cast is phenomenal. It’s not a show that is produced too often so it should be really interesting for the audience,” says Director and Choreographer Tom Coppola.

“It’s one of my favorite musicals,” says Rachel Schulte , the actress playing the role of “Lizzie,” in the show. “I fell in love with the music after listening to a CD of it in college and it’s been a dream role of mine ever since.”

In addition to the regularly scheduled staged readings, the Players recently hosted their first “improv night,” which was a great success. They hope to do more in the future.  For tickets to Baby and information about upcoming performances, please visit armonkplayers.org 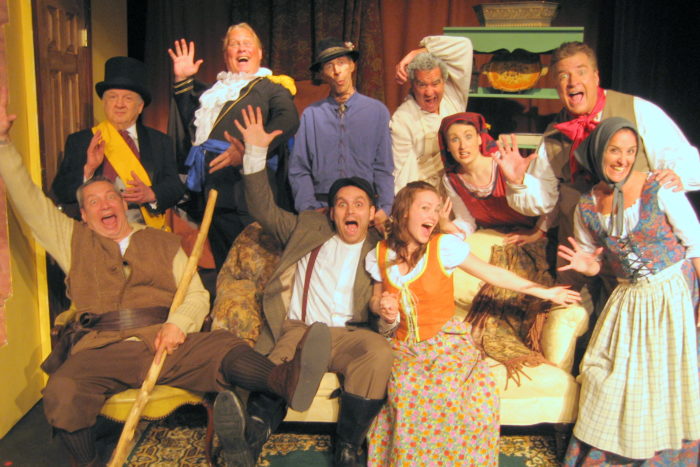 VARIOUS PRODUCTIONS OF THE ARMONK PLAYERS 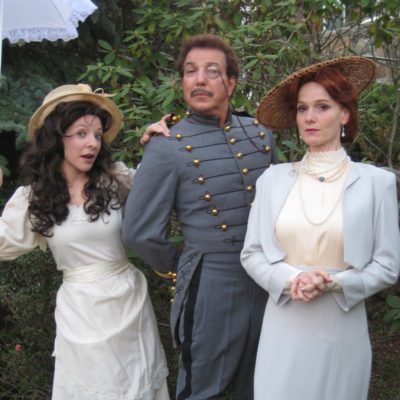 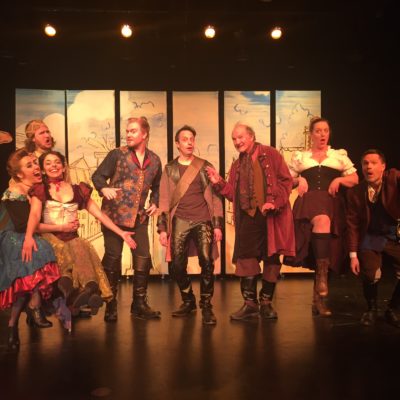 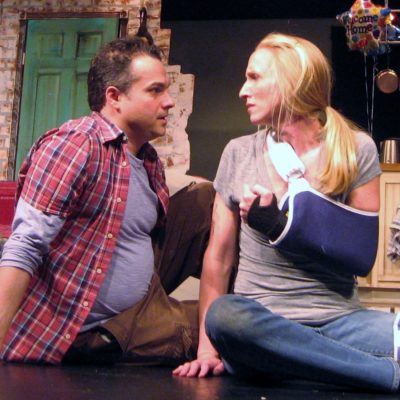 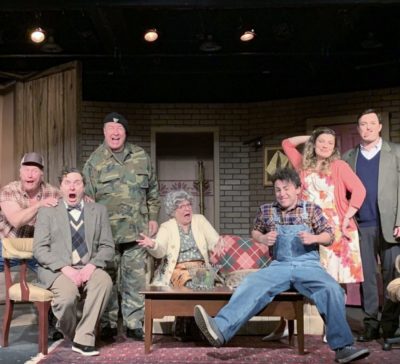