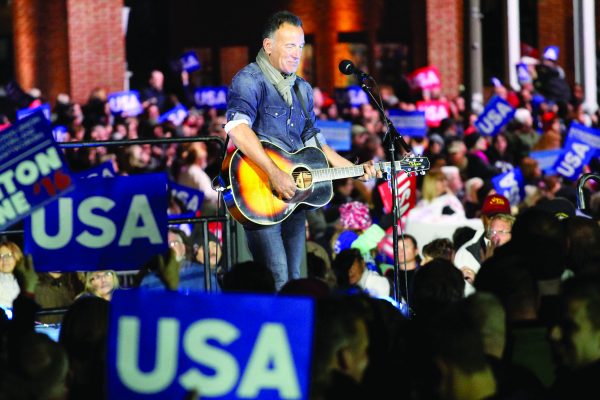 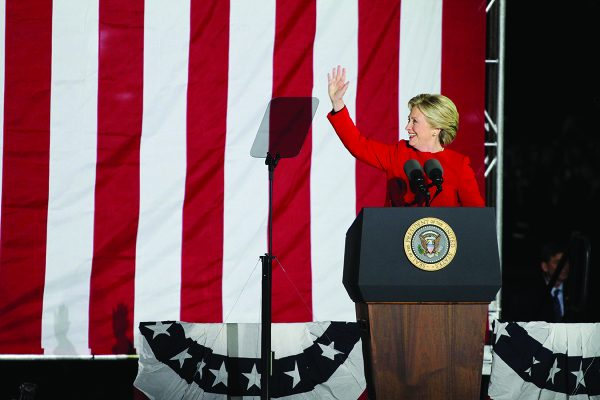 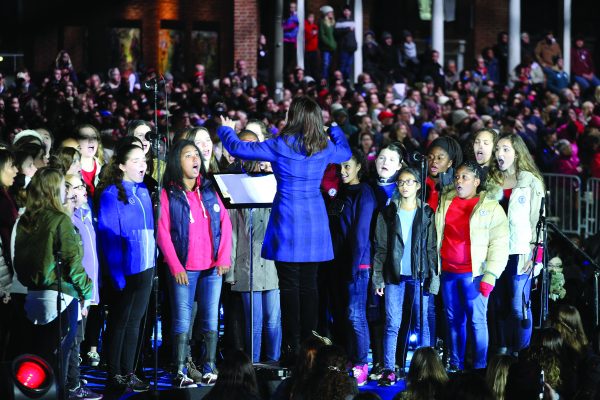 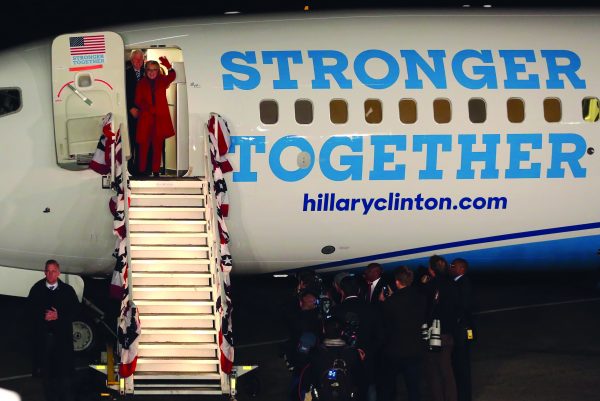 Chappaqua residents see her shopping on King Street, taking a walk with her husband by the First Congregational Church, and eating at Le Jardin Du Roi. She’s marched in the Memorial Day parade for years, and she’s a neighbor to dozens of Chappaqua families. On top of all that, she is the Democratic Nominee for president of the United States. Hillary Clinton has been a resident of Chappaqua for almost two decades, and, this month, Chappaqua can choose to support her in her biggest political endeavor yet.

She has an unwavering group of supporters, lovingly named “Chappaqua Friends of Hillary,” and an even larger group of supporters with Hillary for America shirts, bumper stickers, lawn signs and of course, votes in the New York primary.

Despite her pronounced following, she also faces a small but vocal opposition.That her popularity is questionable is especially when driving by a, for lack of a better word, monstrous, Trump sign on the way into downtown Chappaqua.

Kathy Thorsberg, a local mother, discussed that she sees a group of Republican women who, no matter the candidate, won’t go blue on election day, and she “thought more women would be on the [Hillary] bandwagon.”

When asked about the Trump sign, Thorsberg stated that she “wishes it were gone” and she “can’t believe” the local support for Trump.Thorsberg is a longtime Clinton supporter who once had the former secretary of state hold her then-infant, now nearly seventeen-year-old daughter, Katie, at her church.

What Thorsberg feels most Chappaqua residents who are voting for Trump criticize Clinton for her is her infamous email scandal, though she thinks it was “not that issue” that swayed them to vote Republican. Thorsberg estimates that around 60 percent of Chappaqua will vote for Clinton, and further says she doesn’t feel that is unique to Chappaqua, but that surrounding towns like Armonk and Briarcliff will have a similar turnout.

Rob Shepardson, local father and businessman, who was also named by Barack Obama to the President’s Council on Fitness, Sports, and Nutrition, spoke about how he feels Clinton is perceived in Chappaqua. Shepardson explained that he thinks “that people really, really like Hillary, and really, really like Bill.” He also thinks that people in Chappaqua see Hillary as their neighbor, and even with the Trump Golf Course a few miles away, feel little allegiance to Trump.

An enthusiastic supporter of Hillary, Shepardson says there’s an “enormous pride”, towards Hillary in Chappaqua residents and particularly women residents. He estimates that eighty-five percent of Chappaqua will vote for her.

Shepardson and Thorsberg are not alone- Hillary may have a few loud opposers, but she seems to have the majority of her neighbors’ votes.

Lucy is a senior at Briarcliff High School, where she is co-editor of the Briarcliff Bulletin. She is passionate about various issues, including environmentalism, feminism, and political awareness in teens.