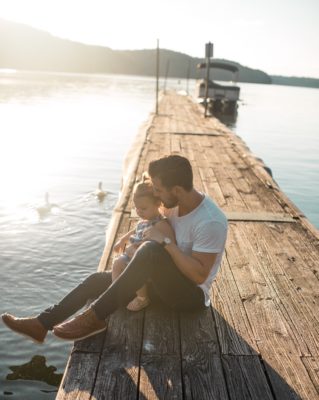 Amid the divorce horror stories most of us have heard at one time or another are those rare happily-ever-after couples whose divorces seem better than many marriages. Child support payments are on time and never questioned, regular visitation and paternal involvement in the children’s lives are a given, and the home and assets were divided fairly without contention. Who are these divorced dad unicorns? How are they moving through the divorce seemingly effortlessly and without acrimony? Luckily I happen to know such men and they were willing to share advice.

Put children’s best interests first. Tom, a divorced dad from Thornwood, says focusing on the emotional needs of children is critical. Tom acknowledges that his ex is a wonderful mother and speaks well of her to his eleven-year-old son. He lets his son pick out small gifts for birthday and holidays to give to his ex-wife so he has something to give his mom. Small gestures like that can help kids of any age feel more comfortable around special events that are no longer shared as a family.

Maintain timely payments if they are legally yours to make, per an agreement. Tom regards the financial end of his divorce as a business arrangement and treats it as such by honoring his obligations. “If an occasional payment is going to be late, give notice and explain why, then catch up as quickly as possible. Keep lines of communication open; if a question about an unexpected expense arises, discuss it calmly,” he advises. 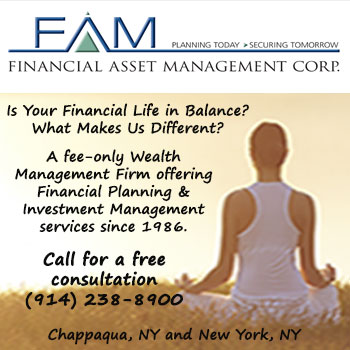 Decide you will have a positive relationship. Early on, Vincent, a divorced father of two daughters in White Plains, decided nothing that led to his divorce was relevant anymore and proceeded with a ‘clean slate’ mindset. “It’s a new chance to have a positive relationship with someone you once cared about. Collaborative co-parenting is not only healthy for the kids, it’s healthy for us,” he shared. “Letting go and being positive is a gift to yourself.”

Embrace your new life. “Getting excited about something new is a great diversion at a time when you need one,” reports Vincent. Whether it’s working out, kayaking, or hiking, being physically active is a natural mood elevator. Oftentimes newly divorced men rush into new relationships, but Vincent cautions against this. “People expect to feel normal much more quickly than is realistic. Allow at least a year after the divorce is finalized. It’s hard to have a solid relationship that began before the last one was truly over.”

Not divorced yet? Consider mediation but be sure it is right for both of you. Katherine Miller, a mediator and collaborative lawyer in New Rochelle, weighs in.

“If one or both parties need a lot of individual support to understand and hold on to information to make an informed decision, mediation is not for them,” Miller shares. “The couples who successfully mediate are those able to honor the relationship they had and view the marriage not as a mistake, but a good thing that has come to an end.”

“We’ve done all the work ourselves.” “The better choice is when couples decide what they can work out on their own with their mediator, not beforehand,” offers Miller. “Deciding how you will make important decisions together is the single most important decision.”

Angry threats Threats in anger, like, “I’ll quit my job before paying maintenance!” or “You’ll never see the children!” are not realistic and only escalate emotions. You can get heated and angry and disagree, but do your best to work it through.

Power imbalance When there is a clear power imbalance, financially or emotionally, the party who never had a voice in the marriage tends to feel suspicion or mistrust during mediation. This may be because he or she has never truly understood the financial picture. Both parties must be able to trust the mediator. Some couples bring their own lawyers (or therapists!) into mediation.

Saving money What makes mediation go smoothly is the commitment to do what makes sense for the family, especially for the children–not saving money. Effective co-parenting enables both parents to be involved in their children’s lives, like attending games and graduations.

Miriam Longobardi is a freelance writer, fourth grade teacher and single mother of two daughters living in Westchester. A breast cancer survivor, she volunteers for the American Cancer Society, has completed four marathons and travels the world. Follow her on Twitter @writerMimiLong.