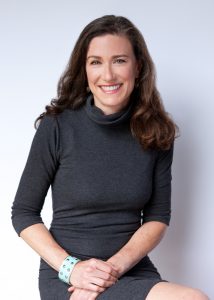 The main event run will take place in New York City’s Battery Park, October 18th at 9:00 am.  Other college campuses across the nation will join in satellite local run/walks and awareness raising events, including the University of Rochester, University of Delaware and Cornell University. To join, host your own event or receive more information, go to SToPP5k.org.

The New Agenda president, Amy Siskind, called the recent Association of American Universities survey finding that more than 1 in 5 female undergrads at top schools suffer sexual attacks utterly appalling and hugely motivating. “This isn’t just a wake up call,” Siskind said. “It is a call to action.”

In a Huffington Post op-ed titled “The Secret Your Son Isn’t Telling You About Campus Sexual Assault,” Siskind said parents have largely abdicated their responsibility to have conversations with their sons about sexual consent.

“So instead, our media and social media, of which our teens consume more than 11 hours per day, are doing the teaching,” Siskind said. “Having a talk with our daughters — which of course we should continue to do — is not a solution to this epidemic.  Not to overstate the obvious; but college women aren’t doing the raping!”

Research continues to show an alarming lack of awareness about what constitutes rape and callousness about harm to victims. “There are troubling attitudes and beliefs about sexual violence that must be challenged to ensure colleges are safe places to learn and grow,” Siskind said. I’m pleased to see campaigns like New York’s “Enough is Enough”spread across campuses to educate students, parents, faculty and administrators.”

Finally, 124 colleges are under investigation by the Department of Education for mishandling cases of sexual assault, and the list is growing.  Colleges, under increasing scrutiny, are finally rethinking and revising their processes for handling sexual assault. Sen. Kirsten Gillibrand is sponsoring a bill, the Campus Accountability and Safety Act, which will mandate that colleges create strict guidelines for handing sexual assault.

“The New Agenda Foundation’s SToPP 5k gives us a chance to raise awareness about the harsh realities of campus sexual assault,” said Senator Kirsten Gillibrand. “These alarming rates of campus violence are unacceptable and we have a responsibility to make sure our colleges and universities are safe for students. SToPP 5k has given us the unique opportunity to stand together, unified in our efforts to combat these crimes. As the school year gets underway, lets continue to have an open conversation about campus sexual assault because our students deserve real accountability without fear of their safety.”

Siskind said to underscore the SToPP5k mission, “Our rallying cry is “It ends here. It ends now!” October 17-18 New York City and nationwide. To sign up, host a race on your campus and access social media assets for promoting the SToPP 5k go to www.thenewagenda.net and www.stopp5k.org