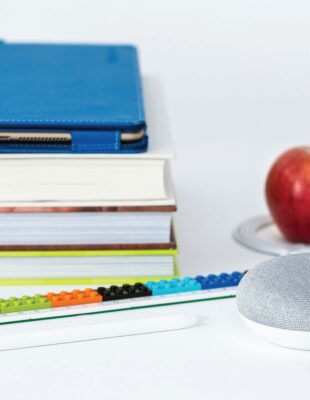 Full disclosure – Deadlines being what they are, I am writing this back to school piece at the end of June. School just ended today and my youngest son graduated high school a week ago. As the weather is finally starting to get steamy, it’s a bit hard to imagine school resuming again, though of course I know it will.

Things have changed a lot since my oldest son started kindergarten in 1996. Back then, there was no online shopping and no prepackaged school supplies vendors. We would take the supply list we received by snail mail to Staples and, in scavenger hunt style, search for each item. There were always one or two items we had difficulty finding and we would go to another store on our way home to complete our task.

By the time my youngest son began school in 2006, to quote B.B. King, “The Thrill Was Gone” and I was only too happy to take an easier route and get the prepackaged box of supplies from Supplies to Please, rather than dragging all three kids to the store. I admit that although it was easier, there was a small part of me that missed the annual ritual.

Another thing that was different “way back when” was that there was no portal. Our district didn’t launch it until my middle son was in high school and, initially, it was only for report cards at the mid-point and end of each quarter. Now, in addition to report cards, there are grades for each test, homework assignment and more. The portal was accessible all the time until the district shut it down during school hours because some kids were checking their grades between each class, which was extremely anxiety provoking.

Although I found there were certain advantages to having a portal, I also felt that with its implementation something was lost. I missed the days when a teacher would have to pick up the phone to tell me my kid was screwing up. The portal made things impersonal and wasn’t always even all that accurate–some teachers seemed to update it all the time, while others (despite district guidelines) were slow to post on it. Having come late to the portal technology, I never got the hang how often I was supposed to be checking and how much responsibility I should leave to my child, although maybe there isn’t one right formula for that.

Another less-than-positive change is the pressure of getting into college, which has escalated to an alarming degree over the ten-year spread between my oldest and youngest. Living in a high achieving town where educators and parent put undue emphasis on college ratings, there were always demands on the students.

Recently, it’s gotten completely out of control, as was highlighted by the college admissions scandal.

Whereas some of my oldest son’s classmates were tutored for college entrance exams or an occasional subject in which they were struggling, now there are tutors for everything–SATs, ACTs, Regents, SAT 2s, even the ELAs. I thought my youngest was joking when he told me that but, apparently, it’s a thing. While it may be good news for tutoring businesses, it’s incredibly expensive, as well as time-consuming.

While schools are offering mindfulness classes and workshops for parents billed as “How to help your student manage stress,” they seem to be swimming against the tide. Parents are stressed. Kids are stressed. I am not sure where it’s all heading but I can say for sure that where someone goes to college is way less important than what they do when they get there.

There are a lot of mental health issues and angst in college and strengthening the skills that can alleviate some of those issues before a kid starts college is crucial. Working on independence, self-advocacy, balance between work and play, etc. needs to take precedence over getting admitted to a school a few slots higher on the US News and World Reports college lists.

Even though much has changed over the decades, I can say for sure that one thing that has not changed is the desire well-meaning parents have to do the best they can for their children, whatever form that might take. I am curious to see what transformations in edu-cation occur in the upcoming years.

Although I will be a spectator and not an active participant in the 2019-2020 school year, I wish all the parents and their students a successful year, one that’s filled with growth, learning, and joy in the process.