Who hasn’t felt the Cowardly Lion’s trepidation from time to time?  Finding courage, whatever comes our way,  is a part of the human experience. To highlight courage, our cover story, I believe, speaks for itself. Thank you from the bottom of my heart to Eileen Gallagher for these wonderful profiles of courage, persons to be grateful for this Thanksgiving.

Not that it’s remotely comparable, but  it does take some courage running local pubs, especially during an election season, so we are proud to offer even basic platforms from our candidates. Plus the League of Women Voters reminds us who is on the ballot (page 22)…and to vote on Nov. 3!

Please note: The Inside Press is sponsoring a Community Conversation the very next day, Nov. 4, at the Rosenthal JCC, from 7-9 p.m., on behalf of the Mental Health Association of Westchester. It’s about how to raise emotionally resilient kids. I anticipate great insights and a robust discussion, so hope you can make it. To register,visit www.mhawestchester.org.

Greeley Junior Amanda Cronin, a regular contributor, mustered up enough courage to speak with Chelsea Clinton before her book signing at the Chappaqua Library.  Chappaqua’s Helen Jonsen penned a chapter of a book about her experiences as a Clinton neighbor, excerpted in this edition too. A grateful nod here as well to Rabbi Jaffe of Temple Beth El for his exemplary courage and grace in a march for justice this past summer.

For the rest of this column, I’m “giving the floor” to a hard working Greeley junior, Karly Weiner. New interns need plenty of courage when they start writing for The Inside Press. This fall, I asked Karly to visit our popular fall events. Here, to me, were some of Karly’s best observations plus some cute photos:

People of all ages gathered on Community Day to support Chappaqua’s local organizations and merchants who make such a difference to the town. A sense of joy permeated the air as kids ran around and neighbors were able to mingle amongst themselves. Rob Greenstein, Town Supervisor of Chappaqua said, “Any time you can have an event that brings out the community, it’s a great thing. This is what community is about.” The New Castle Beautification team shared their eagerly awaited plans for our downtown. Director Sabrina Hull displayed “strategies to create a new future for the town.” As fall begins, new families, as well as long-time residents are reminded of the importance of all the organizations that serve to make a difference in our town. Jerry Curran of the New Castle Democratic Committee deems Community Day a “historic tradition in New Castle.”

The Chappaqua’s Children’s Book Festival, founded by Dawn Greenberg, made our town shine and beam with pride. Robert E. Bell Middle School’s gym was transformed into a book lover’s paradise.  Authors lined the walls, with books ranging from children’s stories to teen adventures, eagerly showing off their work to all those interested in a good read. Kids waited patiently on lines to meet their favorite authors, and parents were all too happy to purchase books for even their littlest ones. Pat Schories, illustrator of the famous Biscuit books, was between book signings when she paused to remark, “I’m truly touched that kids are learning to read from Biscuit.” I also grew up reading Biscuit books which is evidence of the author’s remarkable longevity.  Meanwhile, on North Greeley Ave., a Making Strides Against Breast Cancer event was in full progress at Houlihan Lawrence, the street adorned with pink and white balloons. People bought raffle tickets for various high end goods such as a 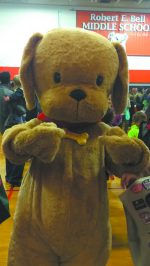 flat screen TV and jewelry. Although traffic is heavier than normal during these events in our usually peaceful town, I think everyone can agree, it is always well worth it.

It’s me again. My final words this month are to express my gratitude and bid adieu to Executive Editor Beth Besen, who has shared her fine talents for well over a year but who is transitioning to a more freelance role. Enjoy your holiday gatherings everyone; those take courage too!

Photography is my way of looking at the world. One of my first poems, when I was little, was about life through a camera lens. My camera and I are constant companions. We discover new places and view well known territory from new angles. I have used many types of cameras. During college, I took photography and learned darkroom techniques, while digital photography allows me to take images beyond imagination, transforming them in magical ways. Photography gives me an excuse to go places and the places I go give me an excuse to take photos. My children groan and laugh when I pause to take a picture. –Mary Kaye Catone

Mary Kaye Catone is a Westchester native, and has lived in Bedford and Chappaqua. Her wanderings, family and work as a Licensed Real Estate Salesperson with Houlihan Lawrence in Bedford keep her on the run. She loves gardens, water, hiking trails and city streets. 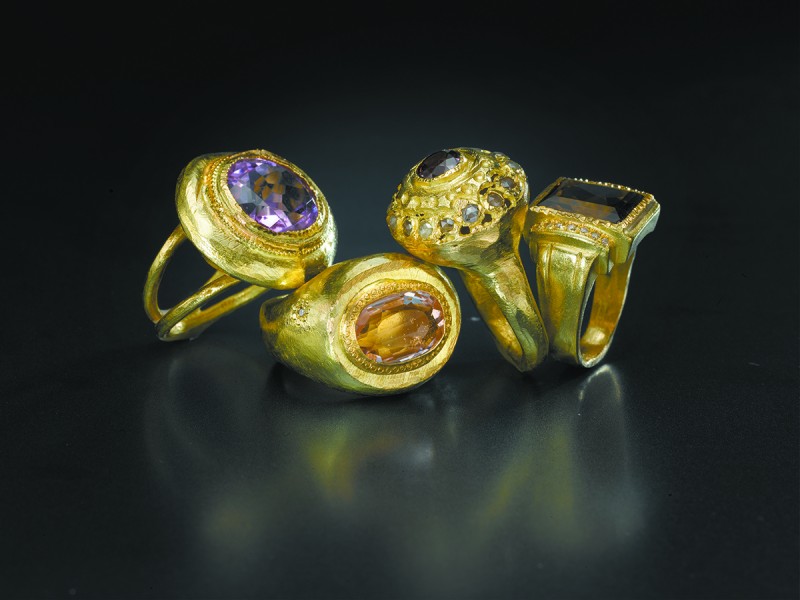 Tovi Farber, an artist who designs and crafts in gold, diamonds and precious stones, fashions jewelry bearing a singular message and presence that creates a union between the materials and the wearer. The inspiration and design stem from an inner world that is influenced by and touches upon textures and delicate colorfulness and from the viewpoint that any piece of jewelry should be a touch of light. Exclusive at ICD Contemporary Jewelry, 75 South Greeley Avenue, Chappaqua www.icdjewelry.com 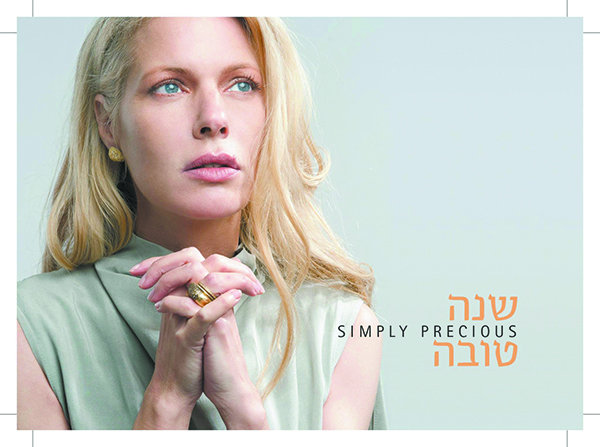 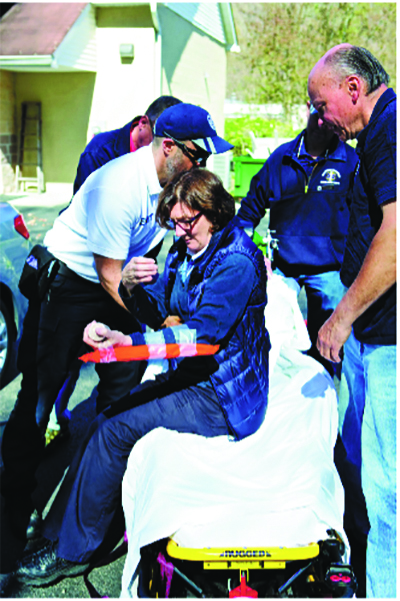 A first time mother’s infant spikes a fever; a senior living alone has difficulty catching his breath, a teenager in an auto accident. Any of them could be someone you know, someone you love. Who will be there when they need help? You…you can be there when someone needs you the most. Are you willing? If so, come talk to us at Chappaqua Volunteer Ambulance: volunteer@chappaquaamblance.org

Calling all Prokofiev fans–especially those with kids! You’re invited to join The Chappaqua Orchestra (along with the bird, the duck, the cat, and several others) on Saturday, November 7th, for a performance of Peter and the Wolf. As one of the first concerts launching the orchestra’s new 2015-2016 season, the evening’s family-friendly program will not disappoint. 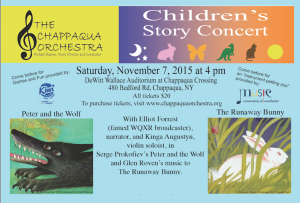 The piece will be paired with The Runaway Bunny, an adaptation of the classic children’s story by Margaret Wise Brown, set to music by composer Glen Roven. Famed violinist Kinga Augustyn will serve as soloist on that piece, while Elliott Forrest–broadcaster at New York’s classical music station WQXR–will narrate both selections. Additionally, each composition will be accompanied by a series of projections behind the musicians to help tell the stories visually.

And as for the choice of repertoire? It was simply a case of good, nay perfect, timing. “Since I’ve been with the Chappaqua Orchestra, we had never done Peter and the Wolf,” explains conductor Michael Shapiro, who has been with TCO since 2002. “So, I thought ‘now’s the time!’ It’s such a great story–and great for kid–and a beautiful piece of music.”

And it’s clear The Chappaqua Orchestra is seizing this “great opportunity” as best it can; hoping to pique interest and maximize community involvement, the ensemble has arranged a few pre-show activities with other organizations in town. Prior to the concert, Camp Kiwi will host a variety of games for the kids, and members of the Westchester Music Conservatory will provide an instrumental “petting zoo,” which will allow guests to get a closer look at–and even touch!–the individual instruments within the orchestra.

“We feel that if we are to become a regionally known orchestra, we have to make sure the people in our own community and town know about us and are coming to see us,” Restivo reiterated. “What better way to [kick off our season]…than by celebrating our youth?!” 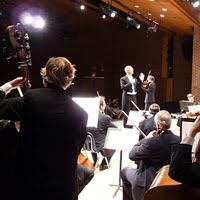 And as if you needed yet another reason to attend this classical extravaganza, Shapiro is also quick to emphasize that the travel time simply can’t be beat! “If you want to go to a concert in Lincoln Center, you have to factor in the drive–up to two hours round trip–and then, of course, the added considerable expense,” he explained. “[TCO] is of the same professional quality [as those musicians]…and we’re right here in Chappaqua! No need to travel [far].”

Additionally, Shapiro notes the importance of “bringing professional level music of all kinds–symphonic, theater and film music, family and children’s concerts–to our local community,” and how he hopes, specifically with these child-oriented pieces, the youngsters leave with a more deepened appreciation and “enthusiasm for music.”

Echoing this sentiment is Restivo, who stresses, again, how he hopes the move to Wallace will increase community awareness of what the company has to offer. And though the selections may suggest a lean toward a youth-centric program, he assures concertgoers that the evening “will get people of all ages excited about our group.”

So, get up, do your part, and please join The Chappaqua Orchestra for what is sure to be an undoubtedly incredible evening of music!

Hailed as “The Jewel of New Castle,” The Chappaqua Orchestra has been serving Northern Westchester since 1958. The Children’s Story Concert, again, will be performed live on November 7th at 4 p.m. Wallace Auditorium is located within Chappaqua Crossing, at 480 Bedford Road, just off of 117.

Matt Smith, a proud graduate of Skidmore College, is a regular contributor to The Inside Press.

A Spectacular New Home Inside the Wallace Auditorium 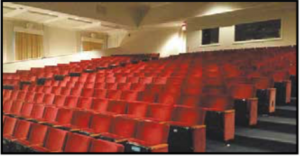 The Chappaqua Orchestra’s fantastic musical offerings aside, the concert itself is only one of the reasons this event is so special and meaningful to the orchestra. An equally important cause for celebration: the performance will be the first for the musicians’ group in their newly christened home at Wallace Auditorium in the Chappaqua Crossing plaza.

The ability to perform in the auditorium is especially significant, as the venue was originally set to be demolished as part of the plan for Chappaqua Crossing’s redevelopment. Last July, the town entered into a lease agreement with Summit Greenfield to salvage the space, and the Town Board has since created and Arts and Cultural Committee–on which both Mr. Shapiro and The Chappaqua Orchestra’s Executive Director David Restivo sit–to fund and administer the auditorium.

“It’s very exciting,” said Shapiro, on the subject. “I think it’s wonderful that they fought to keep it standing. We’ve played in many venues…Greeley [Auditorium], Chappaqua Library, the Gazebo…. [and] we have needed a permanent home that is worthy of our orchestra, so it’s nice to finally have a place to call our own.”

“With the creation of the Arts and Cultural committee, we are doing whatever we can to make sure TCO is a part making Chappaqua and New Castle the center of Arts and Culture for all of Westchester,” added Restivo. “With the acquisition of Wallace, the town has a great opportunity to do this.” –Matt Smith

“We are at the forefront of what is happening with arts and culture in our town. In making the Wallace Auditorium our new home, we will essentially be the only orchestra in Westchester that will have its own space to perform in. TCO would love to have more involvement from the residents of New Castle to help us further this success, not just through attendance, but also volunteering for our concerts and possibly joining our Board. It’s an exciting time
to be a part of the oldest
orchestra in our county!”
– TCO’s Executive Director David Restivo