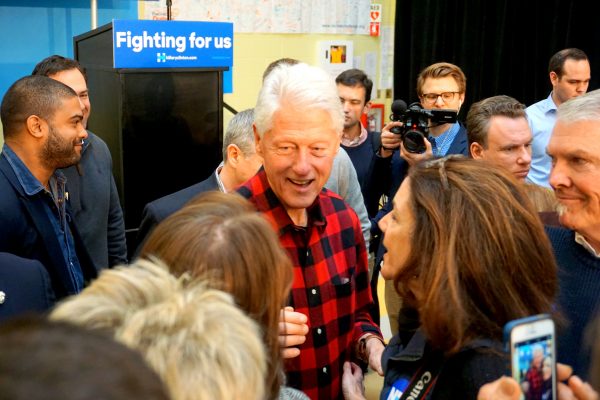 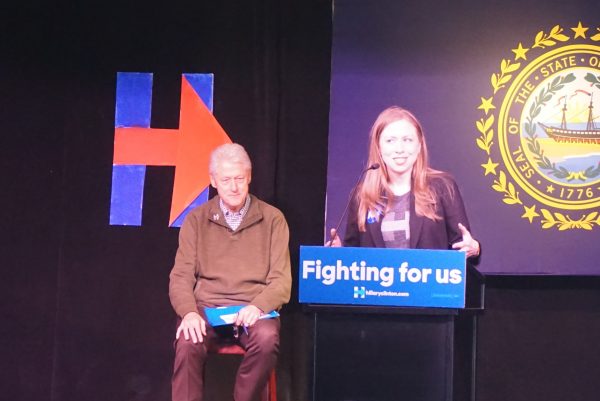 Column and Photos by Grace Bennett

Tilton, NH—Yes, I’m a small publisher in the town where Hillary Clinton lives, in a town where she has plenty of support. Yes, she once empowered me as a woman and a journalist by creating a spot for a 25,000 circulation hometown pub as press on a (successful and truly magical) state Dept. mission to Africa in July of 2012.

But I have a true confession; my leanings as a Democrat are really quite liberal. I am a two-time voter for President Obama on his promise of Change.

I come from very humble beginnings as the child of two Holocaust survivors; my dad drove a school bus while my mom raised two babies first in Detroit, Michigan, later in the Bronx and in Washington Heights. I know what it’s like to be poor, essentially. When the Occupy movement descended on Wall Street to highlight corporate crookedness and ultimately the gross inequities in this country, I publicly embraced the efforts of the men and women, young and old alike, camped out in tents, and their battle cry of “We are the 99 percent.”

I visited, rooted for–and then watched with dismay the movement fade into near oblivion. I have observed our President grapple with and be stymied by Republican controlled houses…the continuous attempts to thwart social progress, social and environmental justice, gun prevention violence initiatives, and those for children and women’s rights in multiple arenas–almost always it seemed in the name of the holy dollar too, and almost always with (and always too, the irony) of being as they are so apt to claim, God-fearing.

So, from “really” knowing me, you’d think I would be a Bernie girl.

And yet…I am not. I have grown wiser.

President Clinton and Chelsea Clinton have been hammering away in New Hampshire this week with messages that I fully embrace, and that I do believe will take Hillary Clinton all the way to the White House. For any substantive change to happen, the reality check is, Bill Clinton insisted, “You have to be a change maker.”

Hillary has proven herself to be, time and again, to be made of “the right stuff“ to effectively institute change…here, and abroad. Bernie has not.

One can’t simply demand change from one’s perch in the Oval Office. We don’t live in a monarchy, where, upon rising to leadership, one can execute one’s vision by fiat. So it boils down, for me, to many of her supporters to this: when you have two candidates who share so many similar goals, it makes little sense to vote for the candidate far less likely to have those goals met.

I’m supporting a candidate who can actually get the job done using her incredible breadth of experience and her proven (time and again) ability to collaborate with those diametrically opposed to so much of what I and so many stand for.

I’m in New Hampshire following her campaign despite an incredibly busy schedule I have with looming deadlines to produce two magazines over the next few weeks. Following Hillary is not necessarily “my job” or my obligation. I took the time here in New Hampshire because so much is at stake.
Thanks to this small, precious window, I had a chance to more quietly listen and think, two precious human centric activities, after hearing President Clinton passionately deliver so many of Hillary’s messages.

He emphasized so much of Hillary Clinton’s platform–building on the progress of Obamacare (rather than disruptively dismantling it and going to Bernie’s single payer system) or of Hillary’s intentions to obtain paid leave for families grappling with caring for parents with Alzheimer’s or children with autism. He talked about the anger millennials feel over their difficulties in buying a car, a house, obtaining a loan the way their parents could…and how Hillary Clinton’s plans will most effectively help young people drowning under college debts. He commended those corporations “that take equal or more responsibility in the communities of which they are a part.”

His main message? To “identify the bad actors,” not eliminate or punish all the players.

There are many things any candidate can promise. The real question is later, post inauguration, who can deliver.

So I don’t just “believe that she will win;” I believe that Hillary has the actual people and key “across the political aisle” skills that will bring about so many badly needed changes in this country. And that’s why I’m endorsing Hillary Clinton for first woman president of the U.S. That’s why #Imwiththechangemaker.