The sixth annual Chappaqua Children’s Book Festival was held on Saturday, September 29th at the Robert E. Bell Middle School’s grounds. With a bright blue sky above, smiling faces all around, overjoyed kids playing and browsing their favorite books, the festival was a special and memorable day for the approximate 7,000 local book lovers as well as visitors from as far away as Boston, Albany, Maryland and New York City.

The goal of this year’s festival was to attract people from all backgrounds and expose children to authors and books about different cultures. The festival showcased a diverse group of 95 authors. The festival exceeded its expectations as the kids were quite eager to learn about the unique culture and diversity around them through the pages of books and conversations with the authors.

The event saw a huge turnout this year. Dawn Greenberg, the event organizer, said “The police estimated there were at least 7,000 attendees. Last year we had about 6,000. We worked very hard to get the word out throughout schools in Westchester County, lower Connecticut and New York City. Our goal was to have every child in the area attend and get a book.” The festival sold more than 9,000 books.

Rye Brook resident Michael Barnett attended the book festival with his two daughters. He stated “I’ve been to this book festival several times. This is the biggest crowd I’ve ever seen. We did notice a lot of books with characters of different races and ethnicities and I think it’s great.”

Inside Chappaqua asked several authors and illustrators “What does diversity at the festival mean to you?”

Torrey Maldonado, who was voted a “Top 10 Latino Author” and best Middle Grade and Young Adult novelist for African Americans, uses his students and his experiences in his work. He said “Being here at the Chappaqua Children’s Book Festival is amazing. I feel like I am more at an amusement park. Because every book is a different journey, different thrill ride.  You can get elementary, early childhood books or just enjoy something fun and thrilling at that level. I have met a lot of different people here from different places so it seems to be like the United Nations, but about books.”

Jerry Craft, an illustrator and author who has won five African American Literary awards, said  “It’s showing the crowd different kinds of books that they may not necessarily be familiar with. Whether it is boys having books that have female characters, African American characters or Latino characters. That’s something I always try to vary in my work.”

John Parry is an illustrator. “I think diversity represents all of us. For me, most of my book focuses on Latino culture or other different cultures.  Growing up, all my friends were from different backgrounds and different families and learning from each one of those families is so important. I think that helps to influence me in my work. Having the background I have is a very positive thing for me. So, I celebrate those things. Like diversity, the more the merrier, and everyone is invited to the party.”

Vivek Agastya is a Chappaqua resident who thinks it is important for his kids to be exposed to diversity in literature: “As the dad to two Chappaqua girls that are part of a minority community, I think it’s helpful for my kids to be able to experience literature that has a diverse theme. The diversity theme of the festival gives me a chance to expose them to that.” 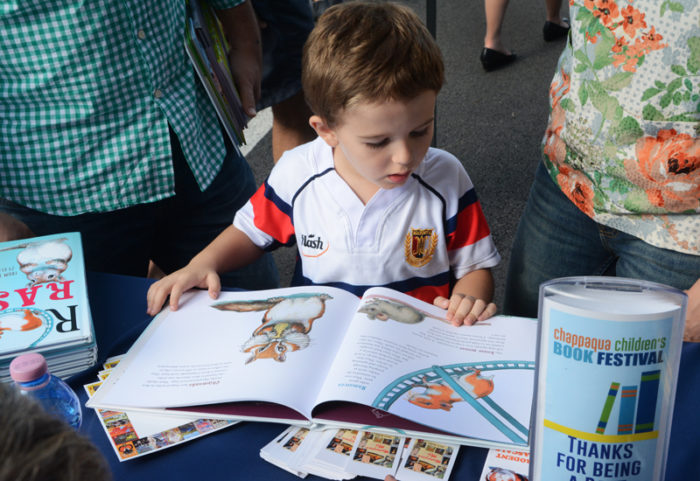 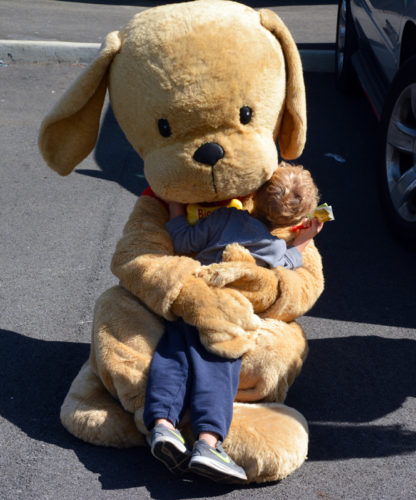