ARTS CENTER TO BE NAMED IN HIS HONOR

Bedford Playhouse announced today that legendary music producer Clive Davis has pledged substantial support towards the capital campaign that is funding the transformation of the space into a vibrant, state of the art cultural center.

The gift will establish the Clive Davis Arts Center at Bedford Playhouse. Within the Playhouse, the Davis Center will encompass all the arts programming offered beyond film, including music performances, theater, art exhibits, and stand-up comedy. The Center will receive prominent exposure, both inside and outside the theater.

“Clive Davis is a living legend in the music industry,” said Chairman of the Board Sarah Long. “We are thrilled to have him engaged in this project in such a meaningful way. His wisdom, creativity and guidance will be invaluable.” 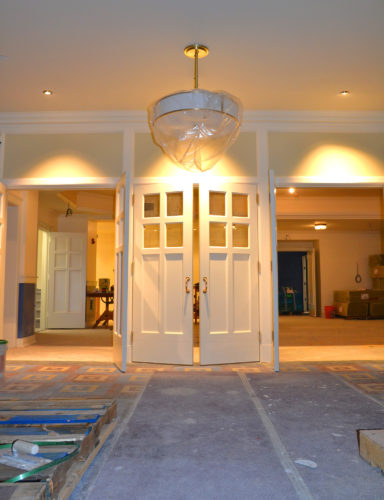 Founder John Farr observed: “Beyond all the other benefits of Clive’s support and involvement, our ability to brand the Clive Davis Arts Center will help us convey that we’re not just a beautifully renovated movie house, but also a vibrant cultural center. Some people still don’t realize the breadth of our mission and all we want to offer.”

As part of this gift, the forty-seat theater off the cafe on the first floor will be named “The Clive Davis Theater,” to be known as “The Clive.”

A new, recently approved exterior sign outside the theater will read: “Bedford Playhouse, home of Clive Davis Arts Center”. In light of the building’s historic significance, the existing sign will be restored and moved up higher on the front façade of the building.

Reached for comment, Mr. Davis was enthusiastic. “I am thrilled to support the creation of the new Playhouse and its new Arts Center,” he said. “I love this community and I strongly endorse the expanded mission of the Playhouse. This all seems like a perfect fit, and I can hardly wait for it to open!”

The Playhouse plans a partial opening later this Spring. This will involve operating just the downstairs portion of the new facility, including the main theater and concessions, for weekends only. Assuming the Playhouse completes its seat naming effort for the main theater over the next several months, the full opening is projected for later this year.

(Story via Release Courtesy of the Bedford Playhouse.)