Calling all athletes! Summer may be here, but the 2022-2023 school year is just around the corner, so why stop your training now? Club Fit’s cutting-edge fitness training programs have expanded into the world of sports. Get conditioned for your travel team, junior varsity, varsity, or collegiate sport by training with our Athletic Conditioning Coach and Master Trainer Mat Rios. Don’t wait and possibly fall behind the pack; allow Club Fit tp  jump start your training and get you ready for your upcoming season today.

In addition to his CPR and First Aid Certifications, Mat is an NCSF Certified Master Trainer who has his B.S. in Exercise Science from Mercy College and Associates in Sports Medicine from WCC, where he was named student of the year in his program. Mat specializes in training athletes of various sports including soccer, baseball, basketball, lacrosse, football, volleyball, tennis, wrestling, hockey, and field hockey. Mat’s education and experience has allowed him to learn how to train and develop athletes of all ages where he continues to help his clients see progress in their sports and overall health.

Mat’s passion for working with kids and training athletes stems from working at a day camp, babysitting, and playing soccer since he was a young child, all the way to a collegiate level at WCC. Due to his extensive knowledge and dedication, he became the Personal Trainer for this Division 3 soccer team at the age of 20.

Mat’s training program will utilize many areas of the Club’s 100,000 square foot air-conditioned facility including but not limited to an indoor track, functional fitness turf, cardio and weight machines, TRX straps, and multiple studios.

Mat’s Philosophy of Fitness states “if you never failed, you never tried hard enough” so come test your limits with him at Club Fit. Athletic Conditioning with Mat is open to anyone ages 12 and up who are serious at improving their health and their athletic performance. Want your friends to join you? Small group training options are also available, and non-members are welcome.

For more information, contact Donna Berta at dberta@clubfit.com or 914-250-2769 and come stop by the Club for a free tour at 584 North State Road, Briarcliff Manor. Club Fit can’t wait to hear from you and help you improve your game! 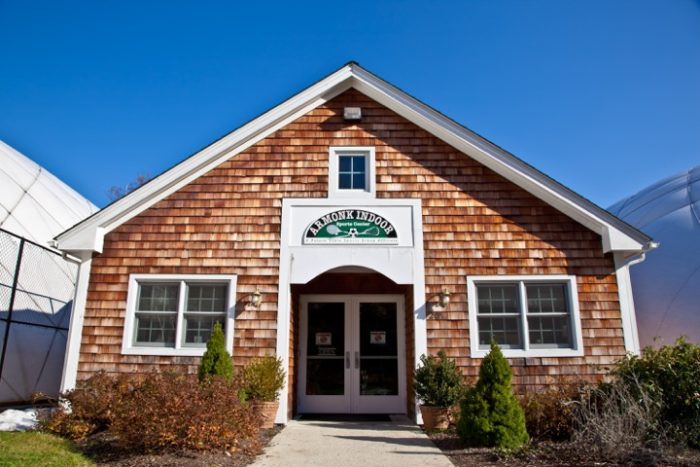