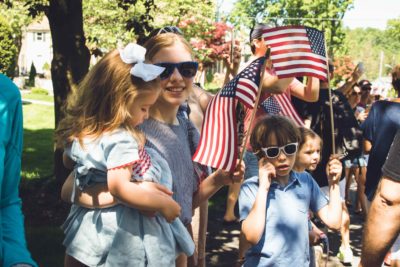 The echo of drums and bagpipes competed with the cheers of parade watchers who lined downtown Chappaqua for the 2019 Memorial Day Parade. Waving miniature American flags, residents and visitors honored the veterans and organizations* who proceeded down King Street. Chappaqua Girl Scouts and Boy Scouts were among the first groups to march down the hill, as they held American and troop number adorned flags. Some expressed that walking in the parade was an opportunity  to present themselves to the community.“I love representing the troop because a lot of people don’t know we have a boy scout troop,” Thomas Macchetto, a troop member and Greeley senior, said before the parade began. “It’s fun to see everyone come together because you don’t see people like this very often.”

As these groups walked past seas of families and friends dressed in red, white and blue, parade marshals, as well as federal, state and local officials followed them, including Bill and Hillary Clinton, ‘first neighbors’ who made their annual parade day appearance.

Governor Andrew Cuomo, Town Supervisor Rob Greenstein, and board members Lisa Katz, Ivy Pool and Jeremy Saland joined the Clintons in the procession, as did State Assemblyman David Buchwald and state Senator Peter Harckham, and area clergy including Rabbi Jonathan Jaffe of Temple Beth El of Northern Westchester.  Clapping and waving parade watchers greeted them. (Editor’s Note: A tiny group of hecklers found their voices dimmed by the crowds so enthusiastically greeting those in the procession.)
Please also visit: https://www.facebook.com/theinsidepress/ for additional coverage and footage of Memorial Day 2019 in Chappaqua 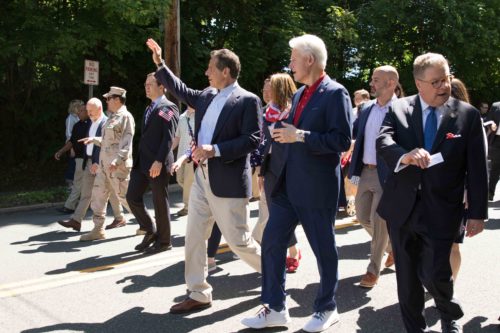 Organizations spanning from the Chappaqua School Board and Library to AYSO and Town of New Castle Senior Citizens also participated in the event, along with veterans who paraded in military vehicles. Parade watchers saw no shortage of students in the procession, as the Greeley, middle school and elementary school bands each performed patriotic songs, which became the background for the First Responders who followed them, trucks included.

Student and adult volunteers from the Chappaqua and Millwood Fire Departments and the Chappaqua Volunteer Ambulance Corps,  and officers of the New Castle Police Department, all marched in their uniforms reminding parade watchers of the importance of honoring those who serve, beyond Memorial Day.

But the presence of veterans and the town’s first responders was not the only reminder of the importance of service or the holiday’s meaning. As the parade finished at the train station, attendees gathered around officials, veterans and girl scouts for the Memorial Plaza Ceremony. 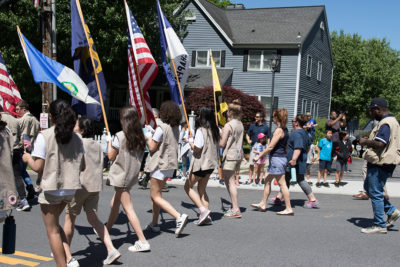 Chappaqua resident and Captain Peter Gaudet led the ceremony for the first time, which included biographies of New Castle World War II veterans, in a recognition of those who paid the ultimate sacrifice.** Along with recognizing the dignitaries and veterans present at the ceremony, Guaudet asked parents to hug their children as part of a new tradition.

“A lot of us veterans have friends that can’t hug their children because they didn’t make it back — gave the ultimate sacrifice,” he said.

A keynote address was made by U.S. Army Veteran Captain Jonathan Luttwak,*** who served in Iraq and Kuwait.

Continuing to honor those who served, Luttwak reminded attendees in his speech that Memorial Day represents more than a time to barbeque and celebrate with friends and family, but a day to pay tribute to those who died while serving in the armed forces.

“Today we continue that tradition and pause together to pay our respects to our fallen hero,” Luttwak told the audience. “We honor their sacrifice. We honor their selflessness, their patriotism and the legacy of service they leave behind.”

Madeline Rosenberg is a senior at Horace Greeley High School where she was a section editor for The Greeley Tribune. She will be attending Cornell University in the fall.

Hannah Rosenberg is a photography intern at Inside Press and a senior at Horace Greeley High School where she was a photo editor for The Greeley Tribune. She will be attending Cornell University in the fall. 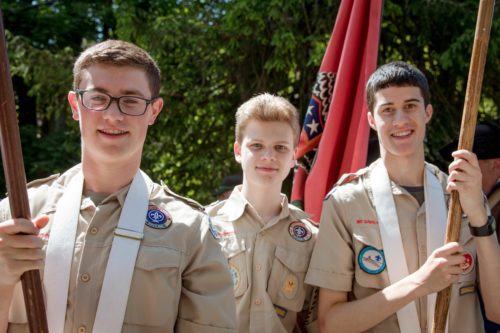 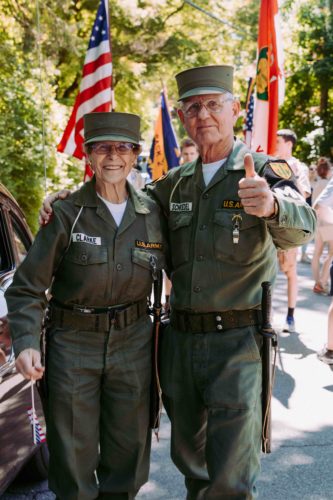 Additional Info from the Town of New Castle:

*** Mr. Luttwak is the founder and CEO of DHC Real Estate Services, a certified service-disabled veteran owned business. Founded on the belief that real estate is the ‘where’ that enables all we do as a nation, DHC is a full-service commercial real estate firm that combines the successful execution of real estate strategies with a sense of purpose and exceptional service to its clients. A seasoned real estate professional, withmore than ten years of transactional experience, Mr. Luttwak has worked with many of the world’s most demanding enterprises and completed numerous real estate transactions worldwide. Hisreputation for delivering value and unrivaled customer service was honed during more than a decade at Cushman & Wakefield, where Mr. Luttwak worked in the New York City headquarters alongside the Chairman of Global Brokerage. Prior to entering the private sector, Jonathan served six years as a United States Army officer reaching the grade of captain. He qualified through Airborne and Air Assault school and deployed to Iraq in support of the Global War on Terror. Mr. Luttwak is deeply tied into the community professionally and personally. He is the Vice President of the West Point Society of New York and an officer on the Board of the West Point Jewish Chapel Fund. He is also an active contributor to numerous charitable organizations and passionate supporter of initiatives that serve to better the veteran and active military community. Mr Luttwak earned his Bachelors of Science undergraduate degree in systems engineering from the United States Military Academy at West Point and an MBA from Columbia Business School with concentration in real estate. 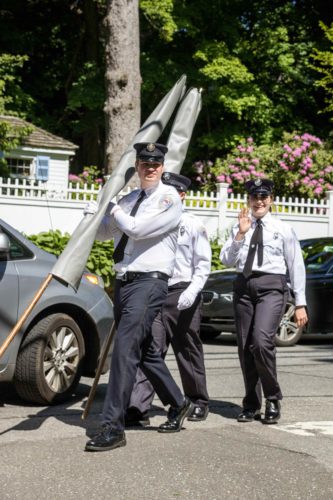