A year and a half into the Covid pandemic, residents of the United States have a lot to be grateful for. 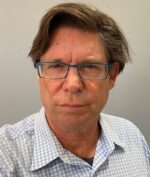 By early January of 2020 researchers in China had sequenced and published the genetic code for the SARS – CoV 2, an RNA Coronavirus. The WHO quickly renamed it Covid 19. Before we recognized we were heading toward a monumental pandemic, companies around the world began developing vaccines. Within three months, Moderna, using two remarkable new vaccine technologies, began its first clinical trial. As everyone now knows, months later, the company garnered the coveted “emergency use” designation by our government. Pfizer and other companies were not far behind.

The speed of all this is mind boggling. Sequencing the RNA virus was followed by vaccine development within weeks! Vaccines often take decades to develop. For example, we still don’t have an established vaccine for another RNA vaccine, HIV. And how long did it take Jonas Salk and his labs to develop a vaccine for Polio, another RNA virus?

Fortunately, the mRNA vaccines, and others, are better at producing immunity in individuals than having the disease itself! And that is the reason why immunizing is essential, even for those who have recovered from Covid.

It is extremely important that the entire world have access to Covid vaccines that cover the variants, a process that is now underway. All this is great news.

So, what’s the bad news that demands continued caution, and is causing many scientists behind the scenes to worry, while politicians and lawmakers cave in to public or private pressures to ease restrictions?

First, there’s the death toll staring us in the face. This is a lethal virus, despite the odd fact that as many as 40% of people infected will not know they are infected. As of this writing the United States has 600,000 deaths, but countless more individuals will have to live with the residual effects of the infection, termed by the press as “long covid”. The chronic disability toll from Covid has yet to be determined (one report states this virus can change the function of cells in some organs.) 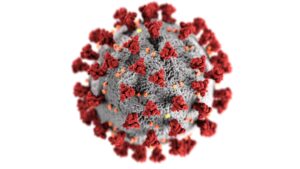 Second, we have the expected genetic mutations that occur in all RNA viruses. These mutations are called “variants” in the press. Genetic mutations are expected, but especially so in rapidly mutating RNA viruses. Why? Because RNA viruses are really good at following Darwin’s principles, too. The job of any organism is to develop a method to survive long term. Viruses follow survival of the fittest, and, by definition, genetic mutations, or variants, are hardier and more lethal. The only way they can survive is by mutating. (A current lethal variant circulating in India and now Great Britain is the Delta variant; current estimates suggest this mutation now constitutes 6% of all U.S. cases.)

How do we stop the virus in its tracks? The answer is to prevent infection with as many public health interventions as necessary, including vaccines.

This raises the question, “Will these genetic mutations require an annual booster?” Yes. “For how many years will we be dealing with this?” No one knows, but my guess is at least a decade, if not longer.

Here’s the important thing to remember: The longer that virus survives in the body–and the longer the virus circulates in the world– the more time the virus has to mutate. And that means more variants that will be more infectious and more lethal. Don’t get mad at Darwin: he simply understood that all organisms strive for evolutionary advantage. Here’s another issue to remember: When population immunity increases worldwide, that will, in and of itself, create more evolutionary pressure on Sars – 2 CoV to further mutate!

A question often asked, “Can a fully immunized individual get infected, let’s say from their own child?” Yes, its possible, and they can carry the virus for a short time before their body’s immune defense mechanisms rid the virus. The parents will not get sick, if properly immunized, but they will turn positive on testing and may need to isolate for an extended period of time. They will not become sick and it is highly unlikely they will be infectious to others. Wearing a mask in close quarters with strangers may be warranted.

How effective are they? Immunizations are never 100% effective, so there will always be some individuals in whom the vaccine doesn’t ‘take.’ It is not entirely known why we cannot reach 100% effectiveness, but the failure rate is reported to be between 5 to 15%, depending on the vaccine.

In the meantime, how do we deal with vaccine-hesitant folks? As a pediatrician, I’ve had to deal with this issue for decades. There are many good publications regarding  ‘anti vax’ populations, but the best answer I’ve seen so far was on Twitter, by Allen Frances, a thought leader in Medicine and Psychiatry. In response to a question from an individual hesitant about getting the vaccine who asked, “Please share articles and emotional reasons why I should get the shot. I am confused.” His response, “Getting the vaccine is among the easiest decisions in the history of the world: Unvaccinated = 600,000 dead – in the U.S.; Vaccinated = 0 deaths. I add to those statistics the worldwide mortality figures of millions dead, and countless with Long Covid.

Third, even in our society in the U.S., there are many individuals who do not appreciate the reach of this pandemic for any number of reasons. Some cannot understand or read about the pandemic, and are afraid. These are a few of the reasons I believe the suggestion that immunized folks no long wear a mask will be misunderstood, and those who need it may not wear one.

Bottom line: Even with public health measures, including vaccines, we cannot throw caution to the wind with any highly mutating RNA infectious virus.

(This discussion is not meant to provide medical advice; that must come from the reader’s personal physician. These are guidelines that the author follows.)

Gary E. Eddey, MD, is a retired general academic pediatrician. He received his Medical Degree from Weill Cornell Medicine and holds a master’s degree (ScM Hyg) from the Graduate School of Public Health at the University of Pittsburgh. Currently he is a volunteer physician for Boston Rare Connections, and the University of Pennsylvania Orphan Disease Program. Dr. Eddey received his vaccine as soon as New York decreased the age to 65; at which time he reported to his FQHC center, Ryan Health, and stood in line to receive the first of two shots. He wears his mask when leaving his home, as does most everyone in his neighborhood.