Last Sunday in Armonk, nonprofit organization, Team Daniel, held a 5K fundraising event, Miles for Miles, at Byram Hills High School in memory of Miles Applebaum, 21, who was lost to suicide last October. The high school was a fitting venue. “There’s no better place to hold an event in memory of my son,” says Shari Applebaum. Miles Applebaum attended Byram Hills High School and was a cross-country runner who ran the course behind the high school many times over. When approached with the idea of holding the event at the high school, Principal Chris Borsari quickly mobilized support from the Student Wellness Advisory Committee (SWAC), teachers, students, community volunteers, friends, and family. “Everyone came out to make a difference,” says Shari Applebaum who is truly grateful for the overwhelming love and support from the Armonk and surrounding communities.

Dr. Rob Laitman, Bedford resident and co-founder of Team Daniel, opened with introductions. Tables were set up for mental health representatives from NAMI of Westchester, Brain & Behavior Research Foundation, and American Foundation for Suicide Prevention.* Singers Bianca and Jacqueline Muniz sang an emotional rendition of Hallelujah. Bianca Muniz and Miles Applebaum met at Lagond Music School and quickly became close friends. Lagond’s band, County All Stars, played for the close to 400 supporters in attendance, with 315 of them lacing up to hit the cross-country trail as well as the track. Running alongside them was four-time winner of the Boston and New York City marathons, Bill Rodgers, who later signed copies of his book, Marathon Man, for his enthusiastic fans. In his 40 years of running, Rodgers participated in approximately 1,500 races–all for different causes. Rodgers noted, however, Miles for Miles was his first run for mental health.

Given that Dr. Laitman is a runner as well and has run in 68 marathons, it’s no surprise his fundraising events focus on running. He likens the cross-country terrain at Byram Hills High School with its sometimes rocky twists and turns to the long, rough road back to recovery from mental illness. “It’s hard, but you can’t give up. You have to run the course. You have to do the work,” says Dr. Laitman. Raising awareness to help dismantle the stigma surrounding mental health issues is an important undertaking for the Laitman family. Their son, Daniel Laitman, was diagnosed with schizophrenia at age 15. Over the years, the family has raised between $150,000 to $200,000 for various mental health organizations. In 2014, Rob and Ann Laitman officially formed their nonprofit organization, Team Daniel Running for Recovery from Mental Illness, and have held four 5Ks, including Miles for Miles where they raised $17,000. “We have a long way to go to reach our goals, but slow and steady wins the race,” says Ann Laitman.

After the long battle to stabilize their son on the right medication, it became abundantly clear to the Laitmans that their main goals were for “Daniel to have a robust recovery and lead a full life.” No doubt, the Laitmans have realized their goals. Daniel Laitman, now 24, recently graduated from SUNY Purchase with a 3.41 GPA. He majored in screenwriting and playwriting and is currently pursuing his passion for stand-up comedy. “Robust recovery should be the norm, not the exception, for those struggling with mental health challenges,” states Rob Laitman.

It’s interesting to note that Ann Laitman is a general internist and Rob Laitman is a general internist, nephrologist, and gerontologist, but after their son developed schizophrenia, Rob Laitman read voraciously and has expanded his medical practice to include psychiatric internal medicine. Over the past six years, Rob Laitman has become expert in the medical management of clozapine. On their website, Rob Laitman writes passionately about seeing the person/patient as a whole, even when it comes to mental health challenges. The Laitmans found that along with internal medicine, integrating behavioral health (regular exercise, healthy diet, etc.) was an important component that factored into their son’s mental health equation. To read more about the Laitmans and Team Daniel, please visit their website, teamdanielrunningforrecovery.org.

Janine Crowley Haynes of Chappaqua is a freelance writer & author of My Kind of Crazy: Living in a Bipolar World. 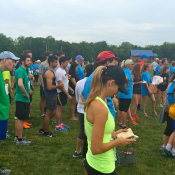 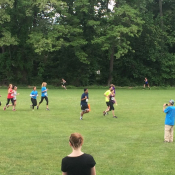 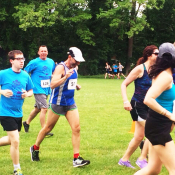 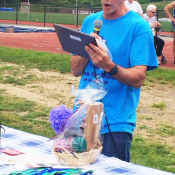 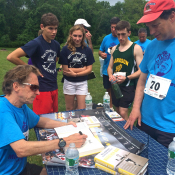 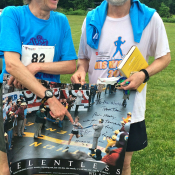 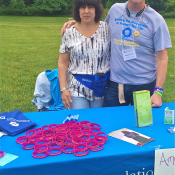 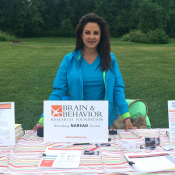 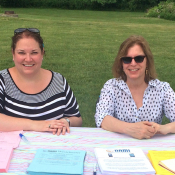 National Suicide Prevention Lifeline (1-800-273-TALK (8255)) suicidepreventionlifeline.org provides free, confidential support to individuals and/or family members in crisis or emotional distress. Lifeline provides a list of warning signs for someone at risk for suicide. However, if somone is in immediate danger of attempting suicide, call 911.

Brain & Behavior Research Foundation bbrfoundation.org raises funds for research and awards grants to leading scientists around the world. 100 percent of funds raised for research are invested in grants leading to advances and breakthoughs in brain and behavior research.