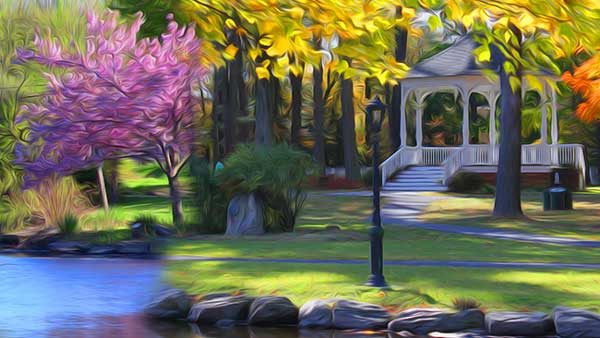 Admission is free . . . just bring your lawn chair, your picnic basket, your family and friends.

Co-Founder of Lagond Music School, Charlie Lagond has worked as a professional musician for over 35 years, performing around the world with artists including Chet Baker, Woody Herman, Buddy Rich, Bernard Purdie, Chuck Mangione, The Jackson Five, the Temptations, Natalie Cole, and Kid Creole & the Coconuts, with whom he has performed at several presidential inaugural balls and at a Command Performance by request of Princess Diana.

New Rochelle Opera has been thrilling audiences with imaginative full opera productions since 1985. Critics and audiences alike have praised the brilliance and professionalism of their performances. The Company’s mission is to create a deeper understanding and appreciation of live opera by providing top quality, professional opera performances to local audiences, and giving aspiring young singers an opportunity to showcase their talents in a full-length opera production.

Daniele Hager is a NYC based actor and singer who recently portrayed the role of Audrey in Little Shop of Horrors at Curtain Call and ARC Stages. Daniele is the proud founder of We Sing For The World, a music organization focused on making music accessible to communities around the world.
Juan José Ibarra performed Capulet in Romeo et Juliette for the St. Petersburg Opera in Florida. He also performed many times at New Rochelle Opera, One World Symphony, Utah Opera, Natchez Opera Festival, in roles ranging from Jochanaan in Salome to Dauntless in Once Upon a Matress, and from Ping in Turandot to Frederick in A Little Night Music.

Craig Schulman has appeared in the title roles of Jekyll & Hyde, The Phantom Of The Opera, and Les Misérables, on Broadway and around the world. He was chosen to represent the U.S. at the Les Misérables Tenth Anniversary Concert at Royal Albert Hall which can often be seen on PBS.

Lisa Spielman performs as a singer, actor, and director throughout the greater NYC area. Favorite recent projects include Les Miserables, A Minsummer Night’s Dream, Jacques Brel, Parade, and 9 to 5. She appeared as one-third of The Three Sopranos, a standing room only “Sundays at Seven” concert at Elmwood Playhouse.
Eric Thomas Johnson is an award-winning composer and music director. Credits include: Chicago, Into the Woods, The Wiz, The Drowsy Chaperone, Avenue Q, Forty-Second Street, Bye Bye Birdie, Closer Than Ever, The Cradle Will Rock, and Little Shop of Horrors. He is a member of the faculty at the Primary Stages Einhorn School of Performing Arts in NYC.

In the event of inclement weather visit the Current Season page of SmallTownTheatre.com for updates and alternate locations