… is a Cause for Celebrating in Downtown Chappaqua this Saturday, 11 a.m. to 3 p.m.

A few words. The Town of New Castle is gearing up for a big party on Saturday. It is promising “sidewalk sales, music, art, food, a scavenger hunt and more,” said Town Supervisor Robert Greenstein, who led New Castle together with the town board and department personnel through an ambitious ‘Streetscape’ project to meet infrastructure and aesthetics challenges in downtown Chappaqua.

For most of Chappaqua’s downtown merchants, and for the residents here, the seemingly near completion of the project is likely to be music to anyone’s ears–the town experienced stressful delays testing merchant and resident patience as it impacted livelihoods and ease of travel, commuting and shopping for residents, with many or most making peace with it for the promise of the changes and improvements anticipated for the town’s future. So a downtown celebration heralding its at least near completion will surely bring a massive sigh of relief from all, even while work continues toward completion in different locations of the town. Greenstein has been regularly reporting continuing updates in his E-newsletter to the town and sharing these into social media on Facebook pages such as Chappaqua Moms and New Castle Community Discussions.

The event, called “Discover Chappaqua—A Celebration of All Things Local!” promises a festive ribbon cutting to take place at one of the project’s finished pedestrian plazas, its most prominent one to date, complete with tables and chairs for enjoying your lunch or sipping your latte at the downtown intersection of Greeley Avenue and King Streets, outside of 1 South Greeley Avenue, a downtown corner commercial building. The safety improvements on that corner are a cause for celebration, too.

Everyone should come on down for this poignant reason too: The town plans to dedicate a bench to John Magnotta who passed away last year. “Magnotta was the prior owner of Chappaqua Cleaners & Tailors (also known as George’s Men’s Shop) and a merchant in Chappaqua for 47 years. His family has served Chappaqua for 85 years, spanning three generations, beginning with their grandfather in 1934,” said Greenstein.

The town is also coinciding this event with the launch of a new promotional, but advertising free site for the town  (noted per earlier conversations with the town) called ‘Discover Chappaqua’, * www.discoverchappaqua.com  “This new site, Greenstein noted, “will highlight all that Chappaqua has to offer—a great place to shop, eat & live.” Greenstein thanked Town Supervisor elect Ivy Pool, and a volunteer team for producing the upcoming site. They include Dana Berk, Linda Fears, Peg Kafka Sackler and Monique Ross Banks.

See you on Saturday!   Grace

Grace Bennett is founder, publisher and Editor in Chief of The Inside Press, now in its 16th year.

*For fair disclosure too, the Inside Press had received a modest commission from the Town of New Castle to help subsidize and produce a guide called Discover New Castle; all of its content which was completed last summer and mailed in a print edition in a back to school edition of Inside Chappaqua & Millwood Magazine has been shared with the DiscoverChappaqua.com team to help launch the new town site. 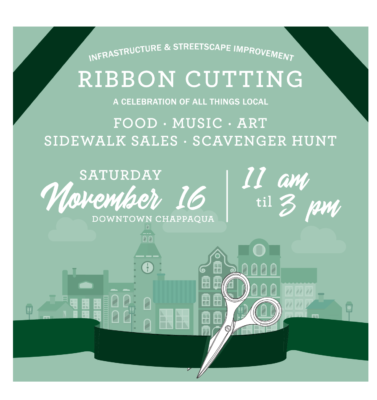 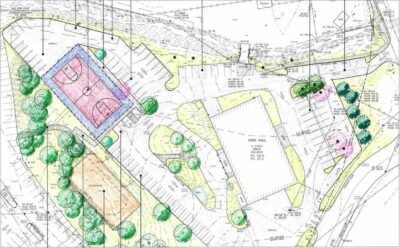