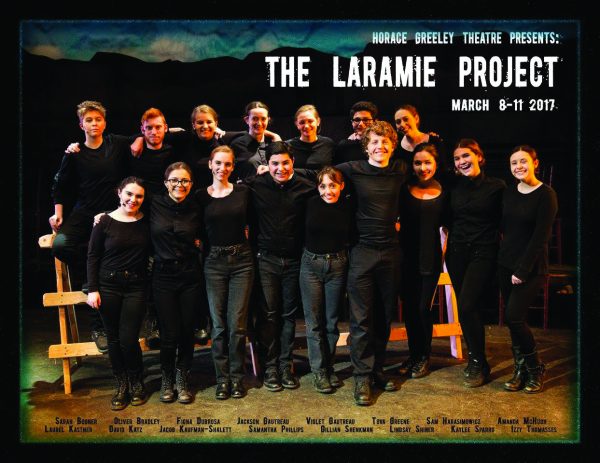 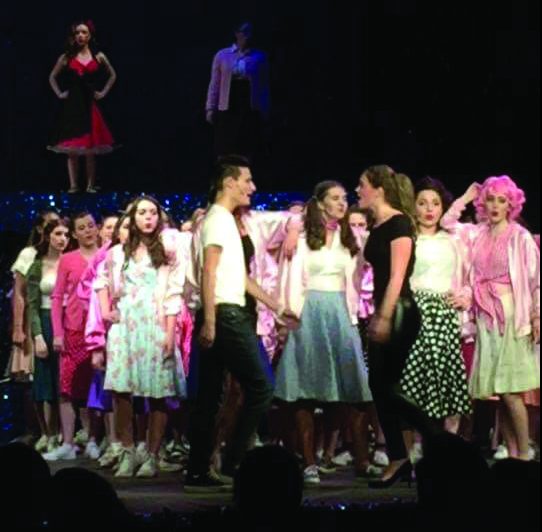 The Horace Greeley Theater Company under the direction of Mr. Jonathan Gellert has had an incredible 2016-2017 season and shows no signs of slowing down. The musical Into the Woods kicked off the season this fall and this past month the students performed the play, The Laramie Project. The senior musical Grease performed the last week in March had a record breaking 200+ seniors participating in the show. In total, the theater program will put on a total of six productions for the school year!

Gellert admits that it is “an ambitious high school program and I see no reason of changing that.” In the spring of 2018, he hopes to include a second musical–a children’s show geared to a younger audience to bring in the community and also gives students the opportunity to participate more. 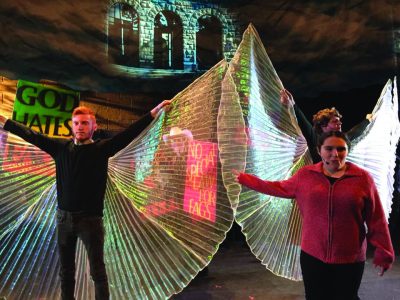 “We want kids in the community to be really excited about Greeley theater,” said Gellert. He also hopes to offer some plays by Shakespeare and more mentoring to students who show promise as directors next season.

The Laramie Project, a play which addresses the brutal murder of openly gay teenager Matthew Shepard in the small town of Laramie, Wyoming, sparked national debate in the late 1990s. Gellert chose the show because it could “maximize student potential and growth. It provides many opportunities for student exploration of character and place. It is about the celebration of what makes us all human and what happens when an event causes us to reflect as a community, and personally of who we are and what we are. This is the very nature of all drama.”

The performance was sold-out and extremely well received by the audience. Grace Bennett, Publisher and Editor of the Inside Press, who attended, stated: “Bravo to the entire cast! Through powerful, passionate performances, anyone watching could see that the kids understood so many nuances of human behavior and were deeply empathetic to the heart wrenching subject matter.”

Violet Gautreau, a junior who played several roles in The Laramie Project enjoyed working with a smaller cast because it “allowed us to really forge bonds and make deeper emotional connections with each other, which came through onstage. I’ve never had such an emotional experience onstage before. It was incredibly rewarding to be in such an important show about human rights.” 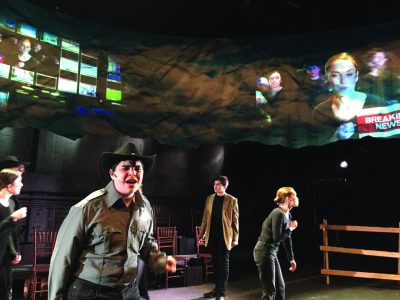 Gellert’s goal of the theater program is to “offer a variety of productions and classes that serve all kids who want to explore and express themselves in theatre work during their times here at Greeley.

That includes both students who want to get on stage for the first time and feel more comfortable doing so, along with those who strongly desire an additional four years of pre-college or career training so that they can be competitive and continue to grow as they pursue the theater.”

Gellert also takes pride in offering stagecraft classes and opportunities for students who wish to work in set design and building. Jake O’Donovan, a junior who has worked on set design for several shows enjoys the fact that “Mr. Gellert gives myself and the crew a lot of independence on how we organize ourselves and work.”

The senior musical Grease funded by the Chappaqua PTA was directed by a former student of Gellert’s, Lee Kasper, who most recently served as an associate director for the Broadway revival of You Can’t Take it with You.The senior musical has been a yearly tradition at Greeley and proceeds from the show benefit the Horace Greeley Scholarship Fund.

Ilene Benjamin, an audience member at Grease, commented on Chappaqua Moms that “we do not have a senior in it, but we do have a strong sense of community spirit to keep the arts going in our schools. These students, all talented in their own right, worked very hard and the audience gave back the love with loud cheering and a standing ovation… Go ahead, the world is really your stage!” 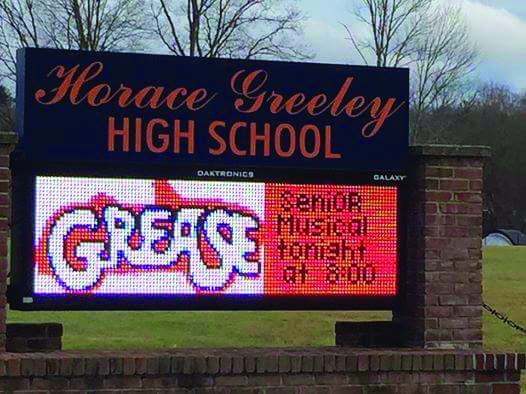