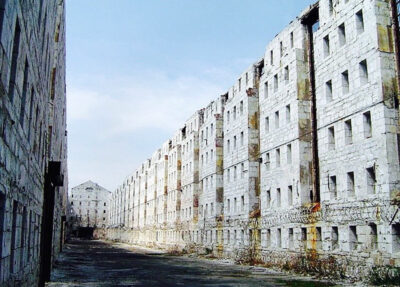 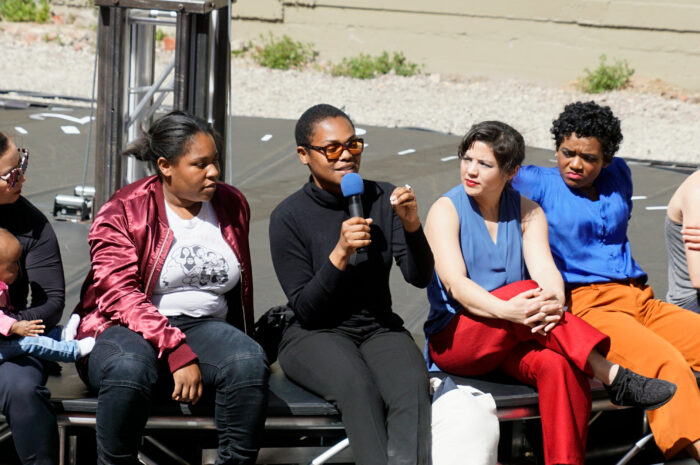 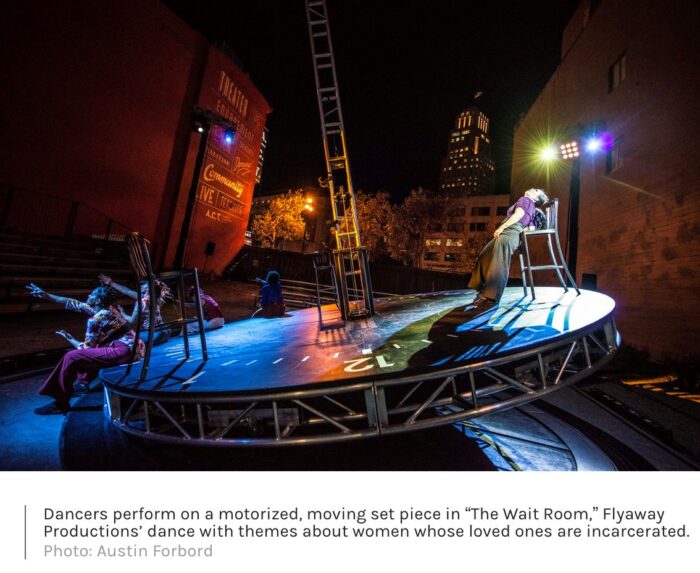 OSSINING, NY- The Sing Sing Prison Museum and Bethany Arts Community proudly present the East Coast premiere of The Wait Room, an outdoor dance program honoring the lives of women whose loved ones are incarcerated.

Commissioned by San Francisco’s Flyaway Productions, four performances will be presented Friday, September 20 at 8 pm; Saturday, September 21 at 3 pm and 8 pm; and Sunday, September 22 at 3 pm at Louis Engel Park on the Hudson River waterfront, just outside the walls of Sing Sing Correctional Facility in Ossining.

Choreographer Jo Kreiter, recipient of a 2019 Guggenheim Fellowship who has had a loved one incarcerated, says, “The Wait Room is the most personal work I’ve undertaken since founding Flyaway Productions in 1996. The dance is performed on a motorized set piece that invokes the instability experienced by wives, mothers and daughters when their loved ones are imprisoned.”

The setting in Ossining’s Louis Engel Park is near a decommissioned prison guard tower and a children’s play area, which is a comment on the theme of the dance relating to how families and children are affected by incarceration.

The first presentation of The Wait Room on the East Coast has been made possible by the New England Foundation for the Arts’ National Dance Project, with lead funding from the Doris Duke Charitable Foundation and The Andrew W. Mellon Foundation.

Founded in 1996 by Jo Kreiter, Flyaway Productions is an apparatus-based dance company that explores the range and power of female physicality and advances social issues in the public realm. The company uses the artistry of spinning, flying and suspension to engage political issues. Flyaway creates dances on both architectural and fabricated steel objects, with dancers suspended anywhere from two to 100 feet off the ground. Flyaway has a long history of transforming oral history into public art, articulating the experiences of unseen women. www.flyawayproductions.com

Sing Sing Prison Museum, slated to open in 2025, will be the extraordinary location where the complex and compelling stories of two hundred years of incarceration will be shared with the public on the grounds of America’s most historic active prison, Sing Sing Correctional Facility in Ossining, NY.  Through its exhibitions, collections and programs, Sing Sing Prison Museum will provide a forum for the examination of historic and contemporary issues in the criminal justice system, and their social, political and cultural impact.  www.singsingprisonmuseum.org

The mission of Bethany Arts Community is to create a space and environment where the many forms of art can be learned, produced and flourish. Artists of all ages and levels of experience are welcome to explore and create art that the community can experience and be engaged in while enhancing their perception and perspective of the world. BAC aims to inspire sharing, connection and collaboration in a culture designed for the benefit of the local community and beyond. www.bethanyarts.org.