“My husband was born in Cuba and came to the U.S. as a refugee at the age of four. When I met him, he was in medical school and I was a dancer in college. I couldn’t believe he was a Spanish-speaking Jewish person. My family is of Eastern European Jewish ancestry. Over the years, I have learned to embrace the beautiful customs and foods of his heritage. We typically break Yom Kippur fast with this soup, accompanied by garlic bread and lemonade. When the pressure cooker starts rocking and I feel the pangs of hunger and smell the delicious soup that I’ve watched my mother-in-law make all these years, I am filled with a wonderful sensation of all our cultures coming together in a perfect way.

The warming, delicious flavors fill me and link me to generations of families who have overcome so many obstacles to live in this great country. His family came from Spain to Turkey to Cuba to the U.S., and my family from the Polish ghettos to concentration camps to Ellis Island. As our family expands with the introduction of our Greek daughter-in-law, I look forward to seeing our food traditions expand as we embrace and connect with each other around the table.”

Heat oil in a large 5-quart pot over medium heat. Add onion and bell pepper; cook for 5 minutes stirring frequently. Stir in tomato sauce and cook for 8 minutes. Add water or chicken broth and bring to a boil. Add potato, celery and fideo pasa. Season with bouillon, achiote (if using) and cumin. Cook for 15 minutes or until potato begins to soften. Add chicken, corn, and carrot. Cook for 10 minutes more or until carrot is al dente. Serve with a squeeze of lime juice and a cilantro.

Editor’s Note: Janet Franco’s recipe, Abuela’s Cuban Kosher Chicken Soup, is also featured in the recipe e-book, The Stories of Our Table, by celebrity chef Pati Jinich and the not for profit, Stand Together. 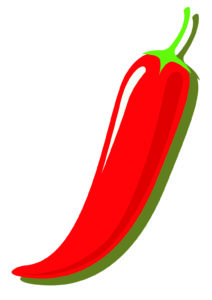 Every Third Thursday this summer, Armonk residents and visitors enjoyed a summer of early evening activities galore in and around Armonk Square and Downtown–a ‘Chii Cookoff’ set the tone early on for some truly delicious fun. This year had a 40% increase in the chili makers from local chamber member restaurants. “The chili contest has become our premier Third Thursday event,” said Neal Schwartz, Armonk Chamber President. “This year we raised money to contribute to our 2019 student scholarship fund.“ Here: first place winner Moderne Barn’s turkey chili recipe–just in time for us to share for back to school. Tauk Restaurant claimed the second prize!

Heat oil in a large heavy pot and heat ground turkey until well browned. Remove ground turkey with a slotted spoon and set aside.

Add tomatoes, chicken stock and ground turkey. Bring to a boil and reduce to a simmer approximately 15 minutes.

Add drained beans and continue to cook another 10 minutes.

Season with salt and black pepper to taste. Garnish with cilantro and scallions.

The Great Chappaqua Bake Sale, a delicious annual tradition since 2010, has announced that incoming Horace Greeley freshmen Rebecca Blum, 13, and Charlotte and Sophia Spiegel, both 14, will take over leadership roles in 2018.

“We’ve all been involved since the very beginning,” said Rebecca. “It’s a very rewarding feeling to know that we are making a difference in so many kids’ lives.” Since its inception in 2010, the bake sale has raised $146,000 for the No Kid Hungry program of Share Our Strength, which is a leading national organization dedicated to fighting childhood hunger. The Chappaqua sale has also received $50,000 in matching donations from Domino Sugar, making the total raised for the organization almost $200,000.

Founded by Chappaqua residents Holly Blum, Allison Spiegel and Jessica Reinmann, the Great Chappaqua Bake Sale has always had a two-fold mission: to raise money for kids in need, and to impart social responsibility to the organizers’ own children and the community at large.

“We started The Great Chappaqua Bake Sale as a way to teach our kids the true meaning of charity,” said Blum. “As our daughters have grown up with the bake sale in their lives, they’ve been taking on more and more responsibility each year.”

Share Our Strength and the Bake Sale for No Kid Hungry program were always the driving force behind the Chappaqua effort, noted Blum. The program encourages local communities to host bake sales to support the organization’s mission of ending childhood hunger. After hearing about the program from an infomercial, the founders contacted the organization.

“After learning some very sobering statistics about childhood hunger, such as how one in six children face hunger in this country, we were more determined than ever” to start our Chappaqua version, said Spiegel. “Over the past eight years, we’ve seen the incredible impact No Kid Hungry has had on the childhood hunger crisis in America.”

The bake sale serves as a concrete reminder for the kids that not all children are lucky enough to be able to grab a treat when they are hungry; so many kids do not have that privilege.

“We started this endeavor to show our children what charity is all about,” said Spiegel. “Yes, it’s wonderful to donate money to good causes, but getting involved and creating something bigger than yourself to help others is so rewarding.”

While Rebecca, Charlotte and Sophia have always been involved with the event, 2018 will mark the first year they are truly in charge.

“Holly and I are working closely with them this year to show them the ins and outs of leading such a large-scale event,” said Spiegel.  “They are learning the ropes quickly and have already come up with some great ideas.”

The girls are particularly excited about getting more kids involved, and spreading the word that philanthropy is an important activity.

“Trying to get other teens involved is a huge goal for us,” said Sophia. “If we can do this with only three of us, imagine if 1,000 teens get involved.” To that end, they have also started a new social media campaign, with Facebook and Instagram accounts for the bake sale.

“Every Friday we post ‘Hunger Fact Friday’ on our Instagram feed so kids get a real-world picture of what’s going on” said Charlotte. “So far, we have 150 followers and we are definitely aiming for more!” The girls have also been busy soliciting raffle prizes, organizing bakers, and scheduling volunteers for the day of the event.

The Great Chappaqua Bake Sale has been hosted in conjunction with the Chappaqua Children’s Book Festival since 2012, when the festival organizers asked the Bake Sale to be its exclusive dessert providers.

“We were thrilled at the possibility of reaching exponentially more people,” says Blum. In the past, the sale has attracted thousands of visitors. In order to supply enough baked goods, the organizers recruit between 80 and 100 individual volunteer bakers, plus local businesses, to make and donate the treats.

“One of the best things about the bake sale has been the ongoing support from Chappaqua and from all our surrounding communities,” said Blum. “So many businesses and individuals volunteer their time, donate goods and services to our raffle, and support the event year after year. Our goal is to continue to nourish this community support and have our kids uncover new ways of bringing the community together.”

“It’s always such a special day for our town and a great way to celebrate children,” added Spiegel.

The Great Chappaqua Bake Sale will take place at the Children’s Book Festival in Chappaqua on September 29 from 10 a.m. to 4 p.m.

Inside Chappaqua asked Rebecca, Sophia and Charlotte to share a favorite recipe. Here’s one for peanut butter balls, which are so popular they often sell out!

Mix the first five ingredients together in a bowl. Shape them into 1 inch round balls. Coat with graham cracker crumbs. Let chill in the refrigerator for at least 1/2 hour.