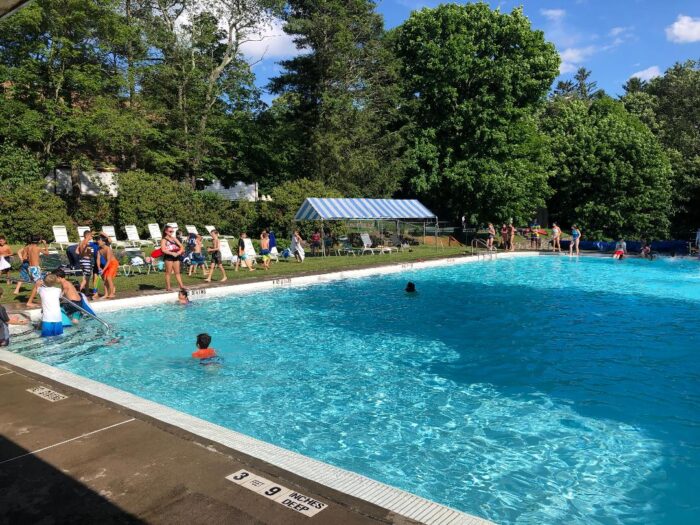 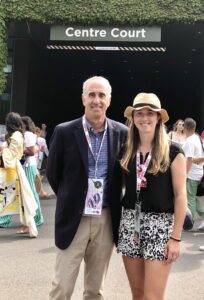 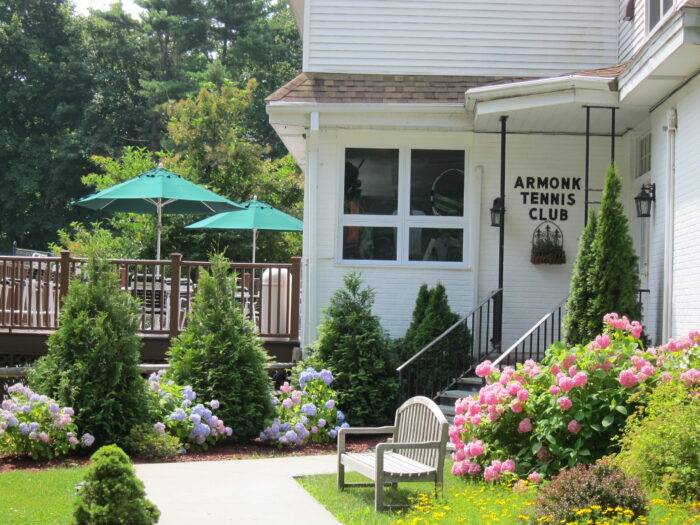 There are four swim and tennis clubs in Chappaqua. The cost to join doesn’t vary too radically–there’s a bond and an annual fee–and all offer rental memberships so prospective members can try them out.

Each one welcomes visitors to come and see and consider joining. They’re all located pretty close together. Yet, with all their similarities, each club is different enough to inspire a loyal allegiance in many of its members. 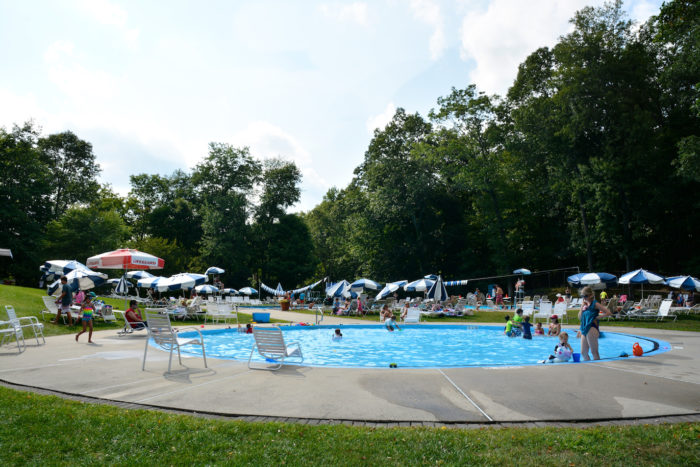 Ron Jendzejec, president of Birchwood, said he thinks the club has a particularly beautiful layout. On a recent snowy Sunday, Jendzejec pointed through a fence to show a reporter just where a family could sit to have a great view of both the wading pool and the playground.

Others must agree, because membership sales are ahead of schedule this year and “last year we had to turn people away for the first time in eight years,” Jendzejec said. The club borders Audubon land and features paddle tennis as well.

“I love the club,” Jendzejec, who has been president for 11 years, said. “I joke with board members that I’m like the Franklin Delano Roosevelt of board presidents–there are no term limits, I enjoy doing it and seeing the changes at the club and we have a great board.” His kids used to spend all day at the club, swimming and playing tennis. There’s also basketball and an outdoor ping-pong table. 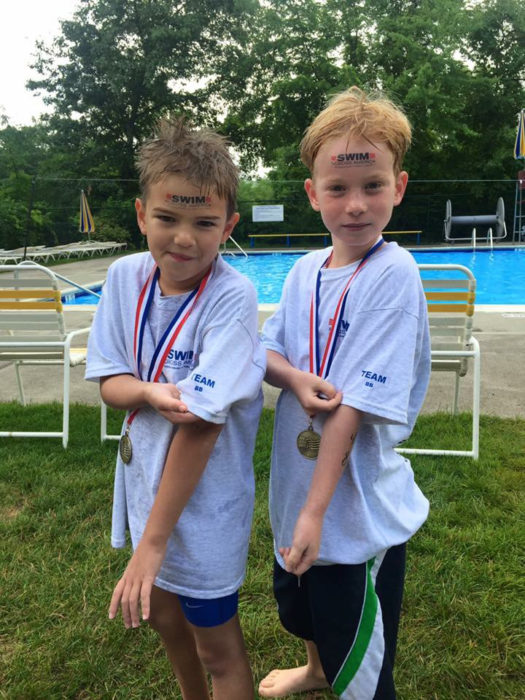 Amanda Weinstein, membership chair for the pool’s board, said that at CST, nannies and caregivers come free with a family’s membership. The club, which features a sunny yellow and blue color scheme, has a cafe catered by Villarina’s. There’s regular tennis and platform tennis, a T-shaped pool, a basketball court and a putting green.

“My kids don’t go to camp–they spend the summer at the club,” Weinstein said. “People ask me, ‘aren’t they missing out on the camp experience?’ and I always say no. There’s a real mixing of the ages at the club. I’ll see Harry playing tetherball with a 16-year-old and so on. It’s really beautiful.”

CST’s swim coach, Dan Levy, is a teacher who is great with kids; “he really makes the swim team accessible for all levels of swimmers,” she said. The tennis pro also works at Club Fit. CST also holds the Swim Across America event annually which is open to the public and is a top site raising funds for the American Cancer Society. 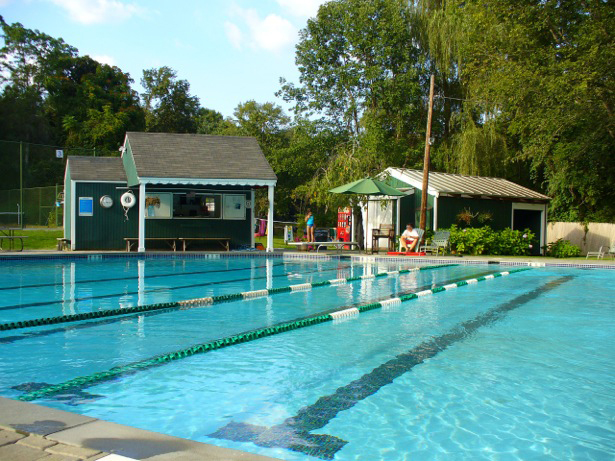 Marianne Dorner, membership chairperson for the club, said her family has belonged to the club for about 15 or 16 years. “It’s one of the oldest clubs in the area,” Dorner said. “It was established in 1936.” The pool was actually hand-poured by members in the 50’s–prior to that, swimming was in the club’s pond. Dorner said that’s probably why the swim team name is the Swamp Rats. “We have many old-time members who stop by and say they were a Swamp Rat way back when.”

In the beginning, Dorner said, the club only admitted members from the Seven Bridges area. “That was many, many years ago. We now accept members from all over, including Yorktown, Mount Kisco and Ossining. We’ve diversified and we love to have people come visit.” Seven Bridges, besides offering trial memberships, also allows trial weekends.

There is paddle tennis open all year, and special paddle tennis memberships. And at Seven Bridges, Dorner said, they “get their tennis courts open before anyone in town. We call it the best-kept secret in Chappaqua because people don’t realize how beautiful it is until they come visit,” Dorner said, adding that the club does not charge guest fees. 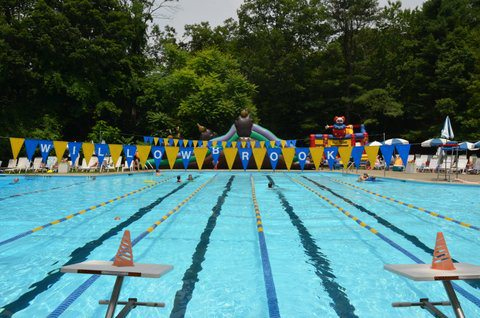 “We have been members since we moved into town 13 years ago and we just never looked back,” Harriet Engel, the board marketing chair for Willowbrook Swim & Tennis, said. “It’s such a warm and welcoming club.”

Engel’s children started swimming at Willowbrook, then began swimming year-round; her eldest son now swims at Greeley. Willowbrook reports that it has the most competitive swim team of the four clubs. But to Engel, besides the swimming, what stands out about Willowbrook is head coach Kelly Blacker’s focus on water safety. “She considers it her most important task to get every child to learn to swim,” Engel said. “Between swim team and tennis camp, my kids and many kids spend all day there.”

Willowbrook has also made arrangements for members to play golf twice per month at Anglebrook Golf Club in nearby Lincolndale at a special rate – two visits per month per membership.

Blacker said she values the family-oriented nature of the club, and considers the setting lovely. “It’s in the woods and it’s so peaceful; it’s very beautiful in the evening.” 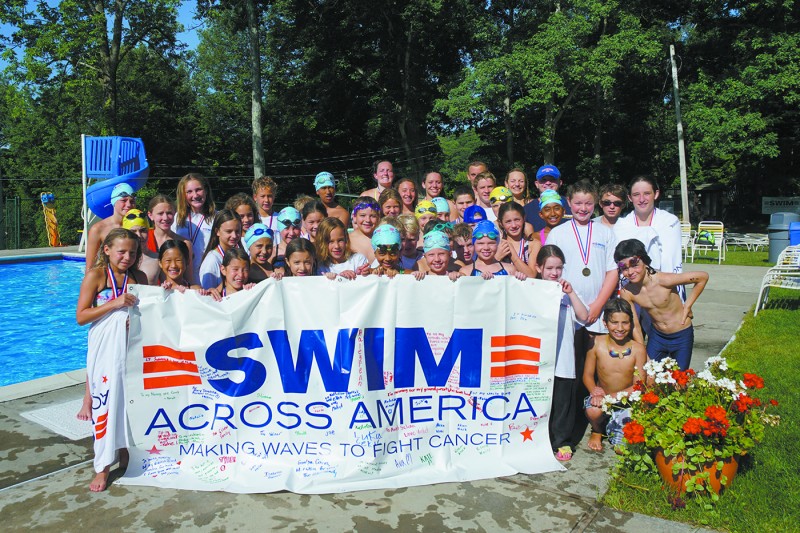 By Isabella and Margaux Weiner

The best of Chappaqua was on display on Sunday morning’s Swim Across America fundraising event at Chappaqua Swim & Tennis, the picture-perfect sunny weather reflecting the optimism of this broad community effort. What started eight years ago as an off-site, four-person swim has grown to a home event involving more than 80 swimmers with ages ranging from six to nearly sixty. Each swimmer swam a half-mile or mile, and money pledged for the swim funds cancer research and treatment.

The fundraising results of the Chappaqua swim have increased dramatically, with more than $60,000 in contributions so far this year! This puts the Chappaqua Swim & Tennis swim in the number one spot for fundraising among all the pool swims in Westchester and Long Island. This is an outstanding accomplishment for an event that held its first home swim only four years ago, thanks to our community! Olympic silver medalist Bobby Hackett of Katonah helped kickstart the Chappaqua swim, offering a swim clinic to participants.