Whether you’re a morning person or a never-ever-before-noon (or at least two cups of coffee) type, this is one Dawn you can’t help but notice! And not just notice, but truly and deeply admire.

Like her daybreak namesake, Dawn Greenberg lights up the New Castle community in many wondrous ways. She is a regular and visible presence in town, as well as the founder and ongoing contributing member of many renowned local organizations. Creative, savvy and hard-working, Dawn is a shining example of how one individual can turn great ideas into actionable realities.

Up2Us now has more than 4,000 members and expects to canvass and work tirelessly for the 2020 Democratic nominee. Asked how she became interested in politics, Dawn recounts that her family has always been involved as far back as a grandfather who ran for Governor of Georgia.

More importantly, and coming full circle to her roles as wife/mom/community member, Dawn says that it’s important to model engagement for our kids. They need to see–not just hear lip service to–that “one person CAN make a difference.” 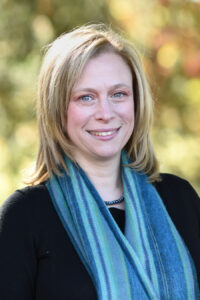 Like many who move to town, Dawn and Madeline became friends via their children during a Mommy and Meclass, and it is a friendship that has blossomed over time through many mutual interests. It also helps that Madeline, like Dawn, is energy personified. A former Ernst & Young consultant, with a law degree to boot, she knew the rigor and risk-taking aspects of her former corporate life would be a good fit for a start-up festival. So, when Dawn sent an email lamenting the demise of the Tarrytown Fair and suggesting a Chappaqua reboot, Madeline was quick to reply she was “all in” to help make it happen. Her logistics and financial skills were invaluable to the start-up process, and, thanks to those early efforts, more recent festivals have seen sponsors clamoring to participate. Not only did Madeline help to grow the festival, but the festival helped her growth toward a new career path: Volunteer Recruitment and PR Manager for JCY-Westchester Community Partners, one of her early philanthropic research connections for the festival. Sharing “this Book Festival has given me a lot, and I’m very happy to be a part of it.” Madeline, again much like Dawn, is quick to also point out that she’s “just a piece of it, but there are lots of pieces!”