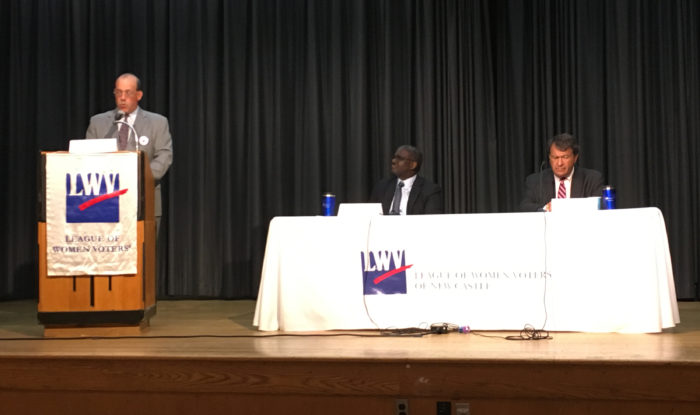 The New Castle League of Women Voters works hard to educate locals on the issues.

These days it is nearly impossible to discuss anything related to politics and not be biased, opinionated, and usually also argumentative. However, organizations such as the League of Women Voters are working to do the exact opposite. The League educates voters in a comprehensive, non-partisan way, allowing voters to get a full and all-inclusive understanding of the major issues so that they can make well informed voting decisions.

The League does not back particular candidates or parties but instead presents the issues and the facts. It might sound crazy, but it’s true! In its almost 100-year existence, the League has maintained its nonpartisanship. “It is important for us to remain unbiased, to be trusted to allow both sides of a story and all candidates to present themselves,” says New Castle Voter Service Director Mary Kirsch, who was a member of the New York City League in the 1970s and has been involved since 2011.

The League of Women Voters, founded in 1920, stemmed from the women’s suffrage movement. The League was originally set to assist these new voters in taking on the new responsibility of voting. The League continues to do this, encouraging women to actively participate in making crucial decisions pertaining to their lives and their counties and states, as well as the nation as a whole. (Fun fact: Some decades ago, the National League voted to include men as members!) The New Castle League, founded in 1950, continues the tradition put forth by the original League and today has 120 members.

The New Castle League, currently headed by co-Presidents Sheila Bernson and Jennifer Mebes Flagg, is very active, and works hard to make sure all local voters are informed about what the issues are and where the candidates stand. The most notable way this is done is through ‘Candidates’ Nights,’ which have long been a staple of League activities throughout the country. “We have heard from residents how much they appreciate our Candidates’ Nights,” Flagg says, “and how it was the deciding factor in their selection of a particular candidate.”

Typically held at the Chappaqua Library for the New Castle League, these events allow candidates for certain positions and institutions (for example, the Board of Education and Library Board) to appear in public and answer questions so that voters can get a clearer idea of where the candidates stand on the issues in an open, fair, and respectful environment. The League is currently planning for a Candidates Night on October 25th for the Town Board positions. Representatives from Team New Castle and Stronger New Castle will be the featured.

Now planned by Kirsch, the Candidates’ Nights are presented as a forum in a format similar to a debate, with questions coming from both moderators from the Westchester League as well as audience members interested in learning more about where the candidates stand. With recordings and livestreams, Candidates’ Nights have become widely accessible for all local voters, including many younger residents. “Many young residents of New Castle want to be involved and informed about the pressing issues facing our community and country,” explains Kirsch. “The League is a very good, reliable and trustworthy source of information and conversation.”

The moderated forums follow the same basic structure, following guidelines that have been in place for years, each time: candidates have up to two minutes for an opening statement, then the moderator poses a question from the League, and finally the floor is opened for attendees to ask questions. These events are a well-organized and a civil way for both the New Castle League to help inform local voters of the issues and for the candidates themselves to have a chance to speak with their constituents, face-to-face. “There is nothing like seeing people in person, interacting with their peers and opponents. I feel more comfortable choosing someone based on that kind of presentation,” adds Kirsch. “What can you tell from glossy brochures?”

The New Castle League has established itself as an important part of our community. From events like Candidates’ Nights and educational forums to luncheons and philanthropy work, the New Castle League is present throughout the community and works hard to bring people together and educate local voters before they go make decisions that have real, tangible effects on themselves and others.

The League sets an excellent example for nonpartisan politics and informing voters of the basic issues, without the other noise that often comes along with anything in the political sphere. With the New Castle League of Women Voters providing so many local opportunities, New Castle residents can head into the voting booths feeling confident they understand the issues and know they are voting for a candidate who espouses similar political beliefs.

We have TWO Candidates’ Nights This Week 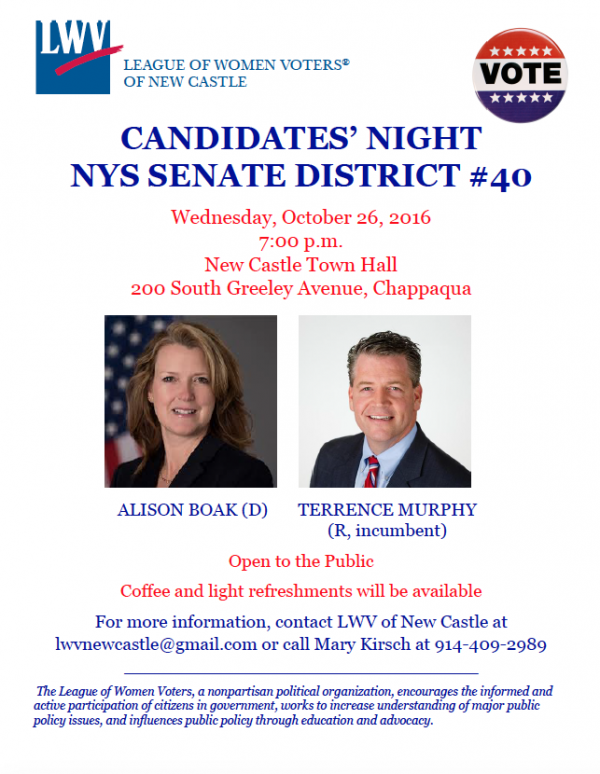 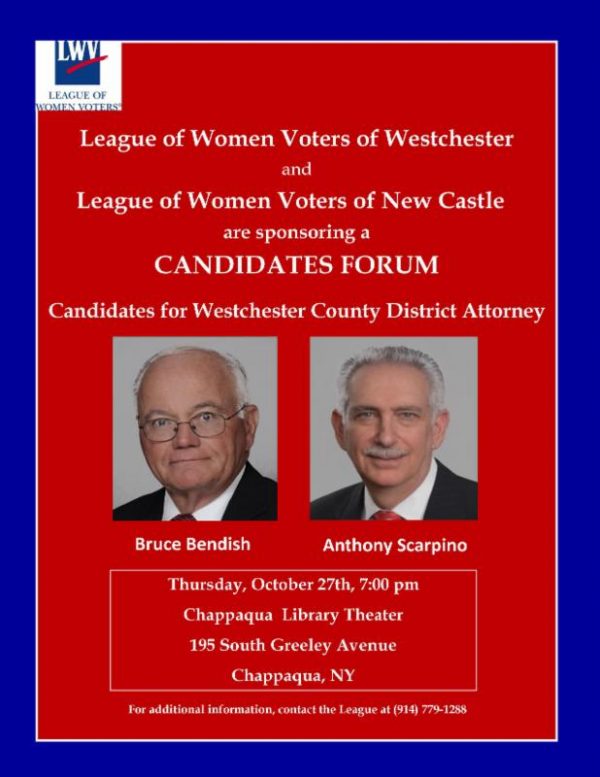 For the second year, we have teamed up with Pat Yost of Babe’s Delectables to offer you a delicious selection of Thanksgiving pies and cheesecakes to serve to your guests or bring to your host. Proceeds go to support the work of LWVNC, including producing Candidates’ Night and the Voters Guide.

Place your order by November 15, 2016 online or by mailing the Dessert Order Form with a check.