Last summer, studio portraits of local Chappaqua business owners and merchants started popping up on Facebook and Instagram with the caption: CONNECT THE FACE TO THE PLACE! Post your guess as to who it is and where they work. Write what you love about the place, share your favorite story! Help us spread positivity, loyalty and shopping local in our community!

The only clues in the photos were the merchants posed with items from their trade like flowers, bottles of wine, or cups of coffee. The one common factor in every portrait was a ball cap each merchant wore that read “Local Faces.”

The mysterious campaign was the brainchild of two local business owners, Trish Kallman of hip-kid and Carolyn Simpson of Doublevision Photographers. Their idea for Local Faces was to connect Chappaqua and Millwood residents with the faces and personalities behind local stores and businesses. The idea was born during a photo shoot with local kids who wore a cap that said “Local” on it to be featured in the hip-kid shop window instead of using vendor supplied photos of child models. 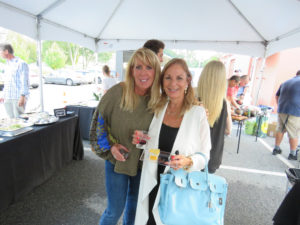 Kallman also recounts a customer who asked: ‘I’m looking for a gift and so-and-so told me that you had it. We were at the Mall, and they had the gift, but they said, no don’t get the gift here, Trish has it.’ “Oh, that’s so sweet,” Kallman says she thought. “The customer didn’t even call to see if I had the gift or that it was at hip-kid but that Trish had it. I thought that’s so cool they think of me by name instead of the shop name; it’s like a personal relationship with the customers.

“So then I started thinking of all the stores in town and how many of the owners and managers that I knew by name. I wondered if others had a similar experience. So Carolyn and I sat down to talk. I suggested, ‘How about doing something that doesn’t have anything to do with hip-kid, what about something that just features the different business owners in town, connecting the name to the face?’”

Originally Kallman and Simpson were just thinking about doing a gallery showing event, but then as they got started, the idea evolved and as Kallman notes, “We thought, wait, this could be a really fun kind of interactive Facebook campaign. So each day we posted a picture.” 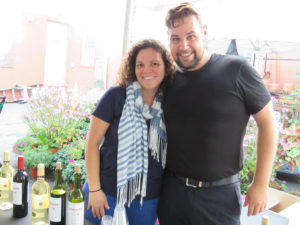 “When we first started,” Kallman recalls, “we were concerned about how do we get everybody in this? We basically went door to door to the merchants with flyers. We did a sample shoot so merchants could visualize and see what it was going to look like. So we created a prototype to put on the flyer and said this is our idea. Some people got it and some people were like, ‘No, I’m camera-shy’ and some people needed a little more prodding. Then we worried about other businesses that weren’t right on the street so we tried to get as many mailing lists as we could pull to find them. This was a Chamber of Commerce sponsored event, and they sent out an email to their list.”

Simpson adds, “Trish and I came up with the name Local Faces because we wanted the name to brand what we were doing so people would connect the faces to the places. As we went door-to-door to businesses in Chappaqua and Millwood, merchants initially thought we were trying to sell something. We donated our time to do this because, especially with the construction in town, we wanted people to feel a connection and to help draw customers in. The photo sessions got really fun as we got to know so many of the merchants in town. The photos allowed people to see a whole other side of local business owners.”

“The campaign was more of a community event than a sales endeavor. We asked the participating merchants to invite their customers and clients to the Gallery Opening where we all could relax. It was all about building relationships…”

Kallman shared that they used the lounge space at hip-kid as a studio for the shoots. “It was really fun for us to work together and collaborate on this and bring our different interests to it. This really made it evolve and grow,” she says. “The Facebook and Instagram campaigns helped it take off and merchants started calling us asking, ‘Can we be a part of this?’ We realized this was really going to be something when people started reaching out to us. When we started posting the photos on Facebook and Instagram, we’d ask, ‘If you know of anybody that you want to be Local Faces please let us know.’”

Simpson adds, “For the Facebook campaign, we started posting every day and then we did a countdown leading up to the September gallery event. We also did some outtakes to post during the countdown. Part of the social media campaign was that people would comment about what they liked about the featured merchants and other people would see those comments, this helped build momentum throughout the campaign.” 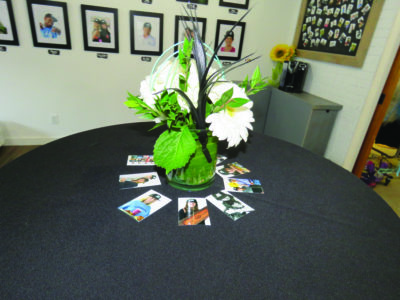 After the Gallery Opening & Exhibition event at hip-kid lounge in September, Kallman and Simpson gave the merchants their framed photos. “Hopefully,” Simpson notes, “they’ll have it in their stores and it’s something they can look at with good memories. The campaign was more of a community event than a sales endeavor. We asked the participating merchants to invite their customers and clients to the Gallery Opening where we all could relax. It was all about building relationships and not about the transactions per se.”

As for what’s next for Local Faces, Kallman says, “We’re talking with the Town about it and the Chamber of Commerce to see if they want to do it again. Or if it’s something we want to bring to other towns…”

Simpson adds that it’s “just something to bring everyone together.”

A photo campaign this summer is intended to help spread positivity, loyalty and shopping local in our community. Culminating in a gallery exhibit, the campaign aims to connect residents of the community with the faces behind our local stores and businesses. Photographed by Carolyn Simpson, Doublevision Photographers. doublevisionphotographers.com  Here are just a few faces in the campaign. Can you name these faces? The gallery show with the final images of everyone who was photographed will take place on September 15, 6-9 p.m. at Chappaqua’s hip-kid lounge, 77 South Greeley Ave. 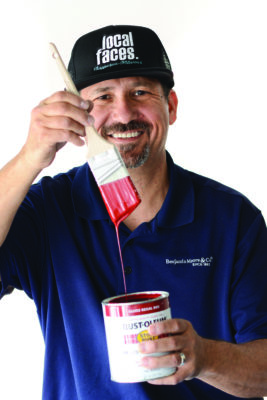 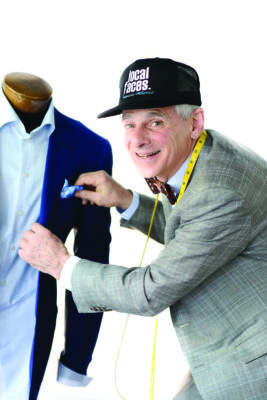 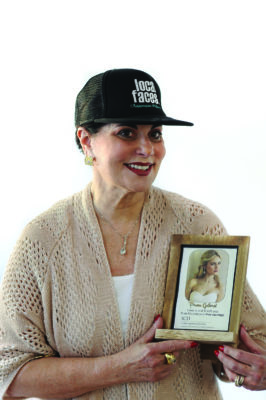 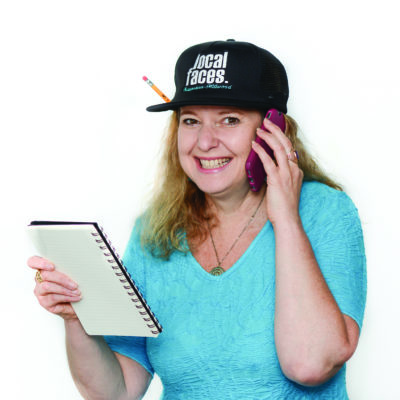