“I can’t breathe.” These words are currently part of a national chorus as on May 25, 2020, George Floyd, a 46-year-old African American man died of a cardiac arrest when white police officer Derek Chauvin knelt on his neck for almost nine minutes. His death sparked a wave of protests all across the country, with people coming together, either in person or on social media to advocate for racial equality. Demonstrations ensued in over 75 different U.S. cities surrounding the issues of police brutality and systemic racism. People are also coming together to remember the lives of Breonna Taylor, Ahmaud Arbery, Tony McDade and many other people of color who have lost their lives to law enforcement.

In New Castle, as previously reported here,https://www.theinsidepress.com/racism-hits-home-as-a-school-district-self-examines-and-commits-to-change-and-growth troubling videos and images have emerged on social media depicting local kids using derogatory words targeting people of color. This comes on the heels of Floyd’s death and has set off a multitude of discussions surrounding how we deal with racism in our local community. In an attempt to address this too, The Chappaqua Interfaith Council and the Town of New Castle hosted an online vigil on Sunday, June 7th, in order to provide a chance for the community to come together during this tumultuous time as well as to offer a voice for many who have been silenced in the past.

The HGHS Black Student Union and E.N.O.U.G.H. club, as well as the Town of New Castle Holocaust and Human Rights Committee, the New Castle Police Department, the Upper Westchester Muslim Society, Superintendent of the Chappaqua Central School District, Christine Ackerman and Town Supervisor Ivy Pool all came together to voice their support for a reform to a system that oppresses people of color.

The vigil began with strong words from Rabbi Jonathan Jaffe, co-chair of the Chappaqua Interfaith Council. “The inspiring images of our youth taking to the streets of our cities and even here this weekend in Chappaqua have made it all the more apparent that for we of the older generations, now is not the time to lecture, but rather to listen. Not to speak, but rather be educated. If anything, this moment calls for a deep sense of humility and the willingness to readily acknowledge that we do not know all that we should know and that voices once overlooked demand to be heard.” He continued stating that there is much more work that needs to be done and that “tonight is not the end, but rather the beginning of a broader discussion.” 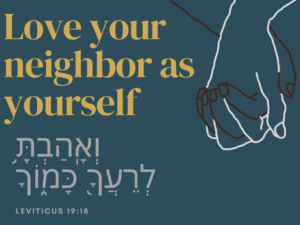 New Castle Town Supervisor Ivy Pool followed Rabbi Jonathan Jaffe’s remarks. She passionately explained how we, as a community must work together and be there for one another, especially in times like this. “We long to be together, to wrap our arms around each other, to hold and lift each other up. And we will. My promise to you is that tonight is just the beginning. We must grieve in order to heal. We must listen in order to act. Tonight is not a box we are checking – it’s a journey that we are on together. I invite all of you to join me in making this a personal and community priority.”

Town Supervisor Pool stated that she understands how hard it is to grieve as tragically her 11-year-old son Mattias died three months ago. However, she continued, resolutely stating that “I am here. I am with you and I am listening, and I am grateful for you.”

“May we open our hearts and minds to the racism that lives within most of us. May we open our hearts and minds and be really honest with ourselves about how we feel about people who are different from us. God help us to acknowledge the pain of those who have been targeted because of the color of their skin. Help us to acknowledge our own tacit approval of those who are targets,” Reverend Dr. Martha Jacobs continued in prayer.

Emily Nobel, a member of Greeley’s graduating class of 2020 then delivered a stirring and passionate speech detailing her experiences with discrimination and racism. “I feel like … I’m underwater, drowning in a pool of my own thoughts and I don’t know how else to explain except by telling you sometimes the only place I feel safe is in my own bedroom.” Nobel detailed how her struggle with racial bigotry is present in her own family and community. “I don’t want the only place I ever feel completely safe to be my own bedroom because I know the minute I step outside my room, the minute I step outside my door, my pigmentation will determine how I am treated and it’s overwhelming. I don’t always want to be reminded that my skin color, something I had no choice over, something that I was born into, could be the same reason that I am perceived as a threat, that I am the one who is dangerous when all I ever did was live. That’s all we want to do. We want to live.”

“Although we cannot change our inaction in the past, we cannot continue to silence the power of our voices because this conversation could be too uncomfortable or too unfamiliar. We need to address the discomfort and invite it in with the stories and realities of the lives of others. We must use our voices to support people or color and organizations that fight for racial equality and legal protection. We must speak up and take active steps to call out and combat racism in our own lives. We must demand change from our institutions while also looking inwards to see how we can improve on a personal level,” declared Greeley junior and member of Saint Mary Virgin Church, Alexandra Fitzgerald.

James Blasdell, a graduating senior from Pleasantville High School and member of the First Congregational Church of Chappaqua also joined in and spoke on behalf of the United Church of Christ Leadership and the staff of the Open and Affirming Coalition. “We have been saddened and angered, but unfortunately not shocked to witness, along with the rest of the country the deaths of Geroge Floyd, Ahmaud Arbery, Breonna Taylor, Tony McDade, James Scurlock and David McAtee. They are the latest in a long long line of black folk, queer, straight and transgender, our parents, siblings, children, neighbors and friends, God’s children, murdered by the white supremacy that lies so close to the heart of our nation like a cancer.”

Lauren Clark, a Horace Greeley senior alumni, also expounded on what she believes to be the core foundations of the ensuing protests. “The death of George Floyd sparked reactions all over the world. Some may find this time frightening, but it gives me hope. Speaking out against white supremacy and race-based violence doesn’t make you anti-white, anti-police, right or left. It makes you pro-justice, pro-accountability, and pro-racial equality. Caring about the life of another person isn’t political – it’s human.”

Following Lauren Clark’s speech was Sam Rosenberg, a member of Greeley’s junior class and co-president of the E.N.O.U.G.H. club. He advocated for ways in which we can be a more inclusive and wholesome community. “We can start by not allowing police officers with 18 previous complaints to remain active on the force. We can work in our schools to educate our youth in a way that allows them to grow without learning the terrible stereotypes that my generation and all the ones before have been plagued with. We can teach them that words can be poisonous. But most of all, we must make sure that in one week, in 5 weeks and in a year, that the urgency of this issue does not die the same way George Floyd did.”

President of Greeley’s Black Student Union and graduating senior Gavrie Wayne added: “I have been angry for most of my time in CCSD. I was angry when Trayvon Martin was killed. I was angry when I walked into my 7th grade history class and saw a Confederate flag. But some of you are new to anger. You were angry when George Floyd was killed. That was when you woke up. When I was new to anger I didn’t know how to handle it well. I was just angry with no action. That is when I started the BSU. With the help of the current administration, the BSU was able to make significant changes, so I implore those new to anger, find your BSU and create the change you want to see.”

Dr. Christine Ackerman, Superintendent of the Chappaqua Central School District also made an appearance, addressing the racial inequities present in the school system. “As the superintendent, I want to begin by apologizing – not just for the video that is circulating on social media, but to every student who has felt marginalized and not accepted for who they are as a student and a member of our school community. I accept responsibility for this – I am the leader of this district. It is unacceptable, it is wrong and it cannot be allowed to continue. For my part as an educator, I see this as a systematic curricular issue which needs a holistic approach.”

Reverend Canon Alan Dennis then delivered the prayer of Saint Francis of Assisi in remembrance of all those who have died. Rabbi Jonathan Jaffe continued with a special version of Mourner’s Kaddish in which he included the names of those who have been the victims of racial injustice. Reverend Dr. Martha Jacobs delivered the closing prayer in which she advocated for unity and strength within the town of New Castle. The vigil concluded in song by Sophia and Michela Masotti as they sang Bill Withers’ “Lean on Me.”